A £75 million plan to recruit an extra 3,000 midwives and save the lives of 700 babies a year will be unveiled by Jeremy Hunt this week.

The move is designed to restore midwives to the traditional role they had in pregnancy and childbirth in the past, as portrayed in the BBC drama Call The Midwife.

It is part of the Health Secretary’s campaign to improve safety in hospitals and halve the rates of stillbirth and neonatal deaths by 2025.

Mr Hunt says boosting the role of midwives could save the lives of 700 babies a year, with 500 fewer born with brain defects.

A £75 million plan to recruit an extra 3,000 midwives and save the lives of 700 babies a year will be unveiled by Jeremy Hunt (pictured) this week

He says it is absurd that many pregnant women do not currently meet their midwife until they go into labour.

Under his scheme, by 2025 all pregnant women will have one midwife from their 20-week scan right through to the baby’s birth so they can provide advice on everything from smoking, drinking and nutrition.

‘Particularly for a first-time mum, having a baby is often the biggest moment in their lives,’ father-of-three Mr Hunt says in an interview with The Mail on Sunday. ‘I want mums to have dedicated midwives who can get to know them personally and oversee their whole journey from pregnancy to labour to new parent.

‘It can transform results for mothers and babies.

‘Probably the most horrific thing that can happen in hospital is when a baby dies because of an avoidable mistake.

‘When I speak to such parents, it shakes me to the core to think it could have been my kids.’ 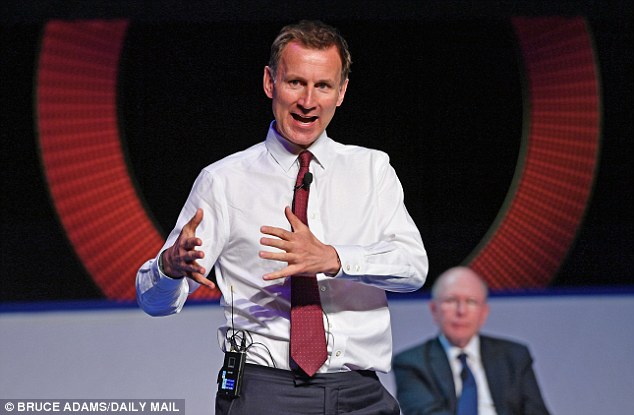 He believes ‘continuity of care’ is key to improving safety in hospitals, and that having one midwife throughout pregnancy and birth reduces a mother’s risk of a losing a baby by 16 per cent, the likelihood of a miscarriage by 19 per cent, and the chance of having a premature baby by 24 per cent.

Mr Hunt plans to recruit 650 additional midwives next year, a 25 per cent rise, increasing to a total of an extra 3,000 over four years. The cost is an estimated £75 million a year.

From April next year, one in five women will benefit from the scheme, rising to most pregnant women by 2021.

The Health Secretary’s initiative comes days after he announced pay rises of up to 29 per cent which will mean a starting salary of £24,907 for midwives within three years.

Promising further measures to make childbirth safer, Mr Hunt praised James Titcombe, who – as revealed by this newspaper in 2011 – battled for five years to discover the shocking truth about the mistakes and cover-ups surrounding the death in hospital of his son, Joshua, aged nine days. 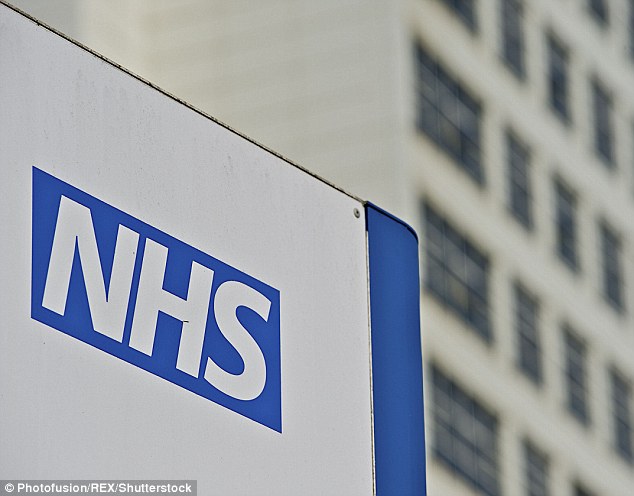 Mr Hunt plans to recruit 650 additional midwives next year, a 25 per cent rise, increasing to a total of an extra 3,000 over four years. The cost is an estimated £75 million a year

‘We heaped agony on Mr Titcombe’s misery by not being transparent,’ Mr Hunt says.

‘We need a learning culture instead of a blame culture.

‘If something goes wrong in a hospital in the West Country, the rest of the health service should find out straight away and learn the lessons. Instead, you wait ten years for the court case to be settled.’

His comments come during an interview with this newspaper in which he backs the idea of a so-called ‘hypothecated NHS tax’ to pay for the growing number of elderly in care – and repair the damage caused to the Tories by the disastrous ‘dementia tax’ plan at last year’s General Election.

Unless new ways are found to look after elderly people who need care, it will ‘bankrupt the economy’, Mr Hunt claims.

In comments which may surprise some, he says it is time the public understood that hospitals are not as safe as they think – and explains what he plans to do about it.