A German film festival has been criticised for appointing Jeremy Irons, 71, to be president of it’s international jury after he made comments critical of gay marriage almost a decade ago.

The 70th Berlin International Film Festival will run between February 20 and March 1.

Irons’s screen and stage career started in the 1970s.

British actor Jeremy Irons, 71, has been appointed president of the international jury for the 70th Berlin International Film Festival which opens next month 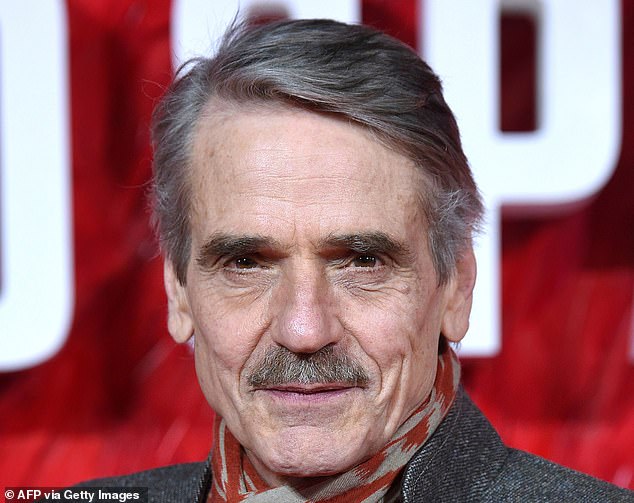 Irons, pictured, has been criticised over comments he made in an interview in 2013 about gay marriage. He said at the time that it could be used by fathers and sons to get married to avoid inheritance tax. He later admitted he was wrong

He won a best actor Oscar in 1991 for his role in Reversal Of Fortune, and had acclaimed performances in films including The French Lieutenant’s Woman and The Mission.

Irons said he was taking on the festival role ‘with feelings of great pleasure and not inconsiderable honour’.

Festival director Carlo Chatrian said: ‘With his distinctive style, Jeremy Irons has embodied some iconic characters that have accompanied me throughout my journey in cinema, making me aware of the complexity of human beings.’

However, the appointment has been criticised over comments Irons have the Huffington Post in 2013 when he claimed that gay marriage might see fathers marrying their sons to avoid inheritance tax.

In 2011 he told the Radio Times: ‘If a man puts his hand on a woman’s bottom, any woman worth her salt can deal with it. It’s communication. Can’t we be friendly?’

According to The Times, three of Berlin’s newspapers, Der Tagesspiegel, Tageszeitung and Berliner Morgenpost said appointing Irons has damaged the festival’s image.

He later told The BBC: ‘I think gay marriage is wonderful. I think any reason that holds anybody together in a relationship is great.’