He’s had an epic year, shooting and releasing the hit Mamma Mia sequel.

And now Jeremy Irvine is enjoying a well-deserved break with his midwife girlfriend Jodie Spencer, hitting Italy for a romantic holiday.

After checking out Milan Fashion Week over the weekend, the lovebirds arrived in Florence on Monday and could barely keep their hands off one another in the romantic city.

Kiss me: Jeremy Irvine is enjoying a well-deserved break with his midwife girlfriend Jodie Spencer, hitting Florence for a romantic holiday

Jeremy, 28, and his pretty girlfriend were pictured wheeling their huge suitcases to their hotel before stepping out for some sightseeing.

Despite the dazzling architecture and designer boutiques on offer, the couple only had eyes for each others as they leaned in for a steamy smooch.

Jodie was dressed for the Italian sunshine in a pretty floral print sun dress, keeping out the autumnal chill with a chic scarf around her shoulders. 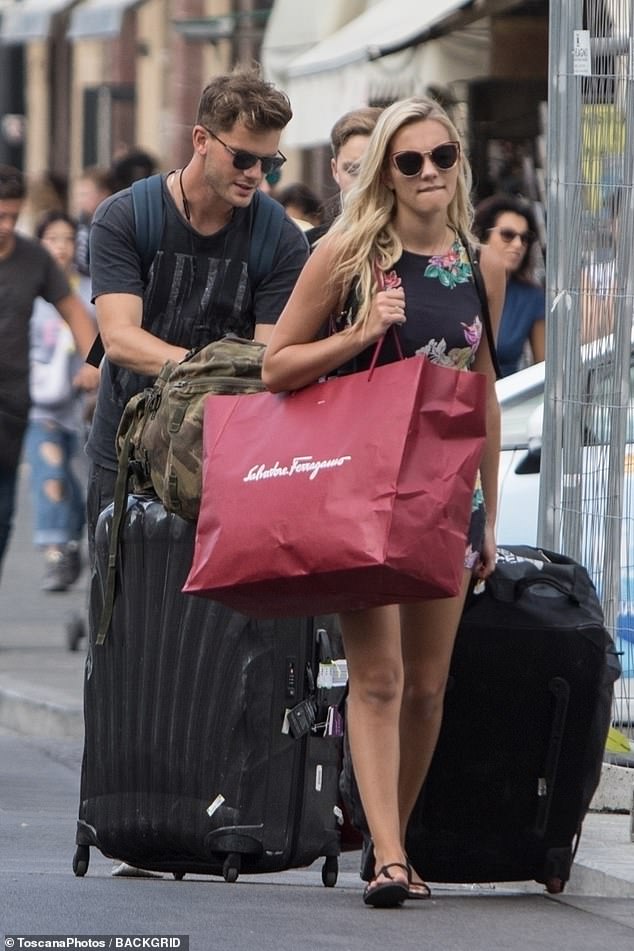 Next stop! After checking out Milan Fashion Week over the weekend, the lovebirds arrived in Florence on Monday

The British star no doubt relished an idle afternoon with his midwife girlfriend after hotfooting across the globe to promote his new all-singing, all-dancing extravaganza Mamma Mia sequel.

The actor portrays a youthful Sam Carmichael in the flick, a role he shares with Pierce Brosnan.

But despite wowing audiences with his smouldering take on one of Donna Sheridan’s (Meryl Streep/Lily James) first loves, Jeremy recently admitted he was riddled with nerves about the musical role. 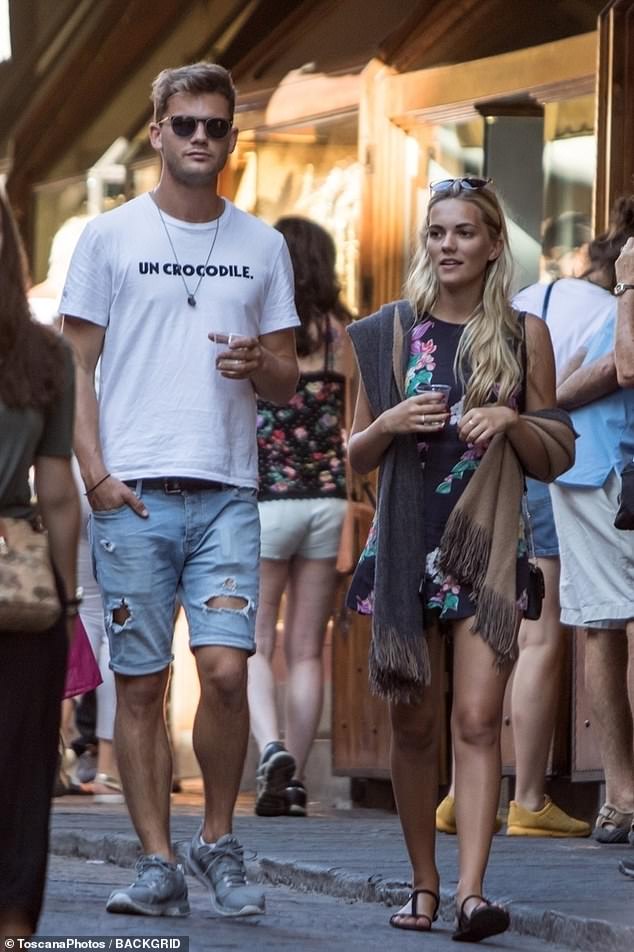 Love: Despite the dazzling architecture and designer boutiques on offer, the couple only had eyes for each others as they strolled around the city

Speaking at the 2018 Giffoni Film Festival, he confessed: ‘You think with a $100m movie, there would be months of training. Nope! When you are singing in front of people it is incredibly naked. I got stagefright like never before.

He added: ‘I like to think I can sing, but I won’t be searching my name online for a while! At school, I had one line to sing in Les Miserables and it was parodied for years to come.

‘Even the drama teacher herself did impressions of me in Les Mis. I blame that on a voice going through the process of breaking.’

Before finding love with Jodie, Jeremy was in a high-profile relationship with singer Ellie Goulding, with the talented pair striking up a romance in October 2012.

The chart topping singer called time on her seven month romance with DJ Skrillex just a month before hooking up with the actor, with the star citing the pressures of long distance for the breakdown in the high profile romance. 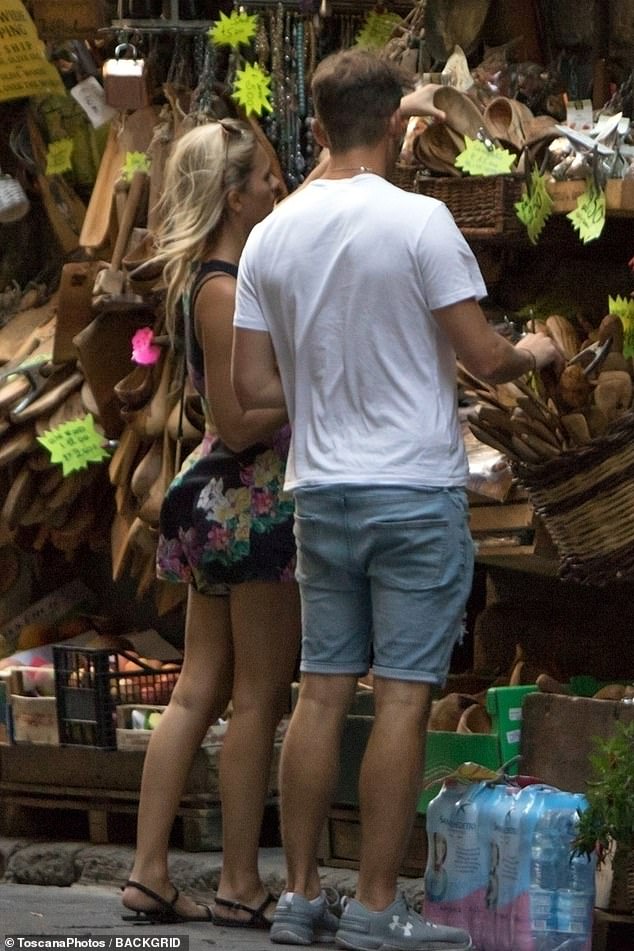 Spot of shopping: The couple stopped to check out some kitchenware at a local market