A leaked email from ITV bosses has revealed The Jeremy Kyle Show has been suspended to ‘protect its future’ in the wake of the suspected suicide of a guest who failed a lie detector test while filming an episode.

The message from chief executive Carolyn McCall told employees the suspension was ‘not in any way a reflection of the show’ but a way to guard against the ‘reaction we expect to this death’.

Steve Dymond, 62, was found dead after being ‘humiliated and traumatised’ on The Jeremy Kyle Show, which he had gone on with his on-and-off girlfriend Jane Callaghan.

The programme, which was due to air this week, was pulled from the TV schedules after the digger driver was found dead in his bedroom on Thursday last week.

In a dramatic move, ITV halted the scheduled broadcast, suspended filming of the show and removed all past episodes from its catch-up website.

The email has caused outrage online, with some on social media accusing ITV of ‘taking the moral low ground’.

In a leaked email to staff, ITV chief executive Carolyn McCall told employees The Jeremy Kyle Show has been suspended to ‘protect its future’ 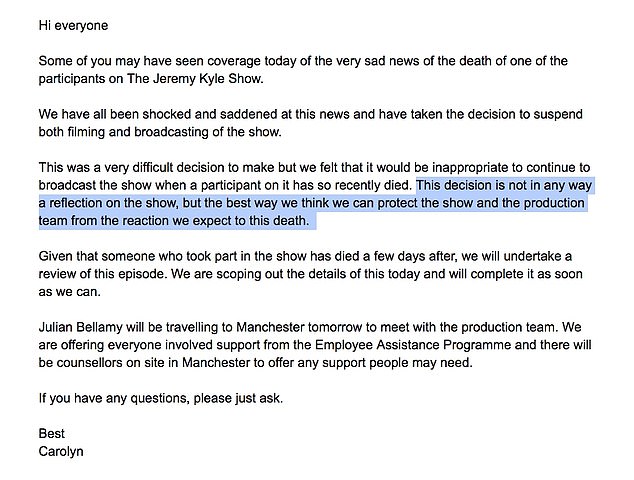 The email, pictured, said ITV staff were ‘shocked and saddened’ by Mr Dymond’s death and the suspension was the ‘best way to protect the show’

Writing in the email, seen by Buzzfeed, Ms McCall said: Some of you may have seen coverage today of the very sad news of the death of one of the participants on The Jeremy Kyle Show.

‘We have all been shocked and saddened at this news and have taken the decision to suspend both filming and broadcasting of the show.

‘This decision is not in any way a reflection on the show, but the best way we can protect the show and the production team from the reaction we expect to this death.’

She added that everyone involved in the show was ‘shocked and saddened’ by Mr Dymond’s death and that the episode would undergo a review that would be completed ‘as soon as we can’.

Ms McCall added counsellors and support teams would be available to anyone who needed them.

Mr Dymond, who was recently diagnosed with depression, is said to have been left devastated and suicidal after being confronted in the TV studio at MediaCity in Salford about allegations of infidelity. 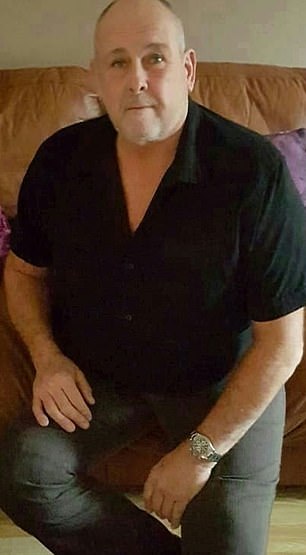 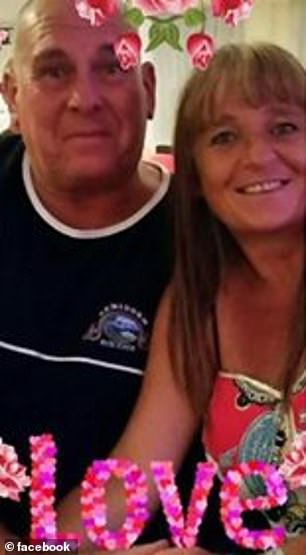 Steven Dymond (left), 62, was said to have been left in tears and feeling suicidal after filming for the show with his on-and-off girlfriend Jane Callaghan (right, with Mr Dymond) 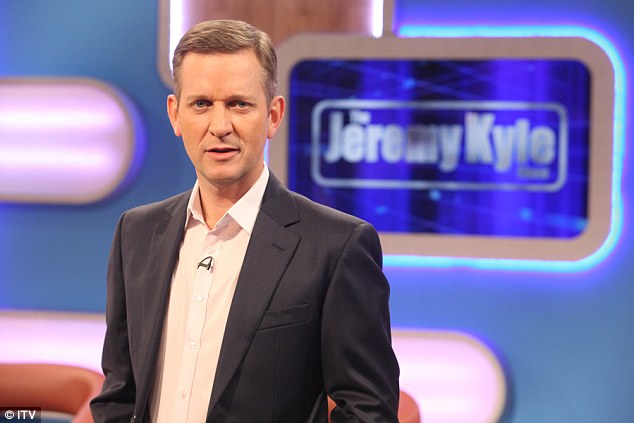 Miss Callaghan said Mr Dymond was determined to go in front of the cameras despite health fears and had a doctor’s letter confirming he was OK to appear.

Mr Dymond, who was living in Portsmouth and had just heard he was a grandfather, called friends in tears after filming the show, which had been due to air yesterday.

This morning, Kyle left his £3million home in Windsor, Berkshire, in a chauffeur driven Audi with blacked out rear passenger windows and refused to answer questions from reporters.

The presenter wore a white T-shirt and baseball cap pulled down to hide his face.

Neighbours confirmed that the car was driven by a personal assistant to the presenter.

Regarding the death, an ITV spokesman said: ‘Everyone at ITV and The Jeremy Kyle Show is shocked and saddened at the news of the death of a participant in the show a week after the recording of the episode they featured in and our thoughts are with their family and friends.

‘ITV will not screen the episode in which they featured.

‘Given the seriousness of this event, ITV has also decided to suspend both filming and broadcasting of The Jeremy Kyle Show with immediate effect in order to give it time to conduct a review of this episode of the show.’