Jeremy McConnell ‘is living with his solicitor Katie McCreath’

Jeremy McConnell is reportedly living with his solicitor Katie McCreath after leaving jail in December.

Ms McCreath represented him during his time in prison trial last year and is based in Wolverhampton.

The 28-year-old reality star was imprisoned for assaulting his ex-girlfriend Stephanie Davis and later breaching his suspended sentence by going to Turkey to undergo a hair transplant.

Roommate? Jeremy McConnell is reportedly living with his solicitor Katie McCreath (pictured), who is based in Wolverhampton, after she represented him during his jail hell last year 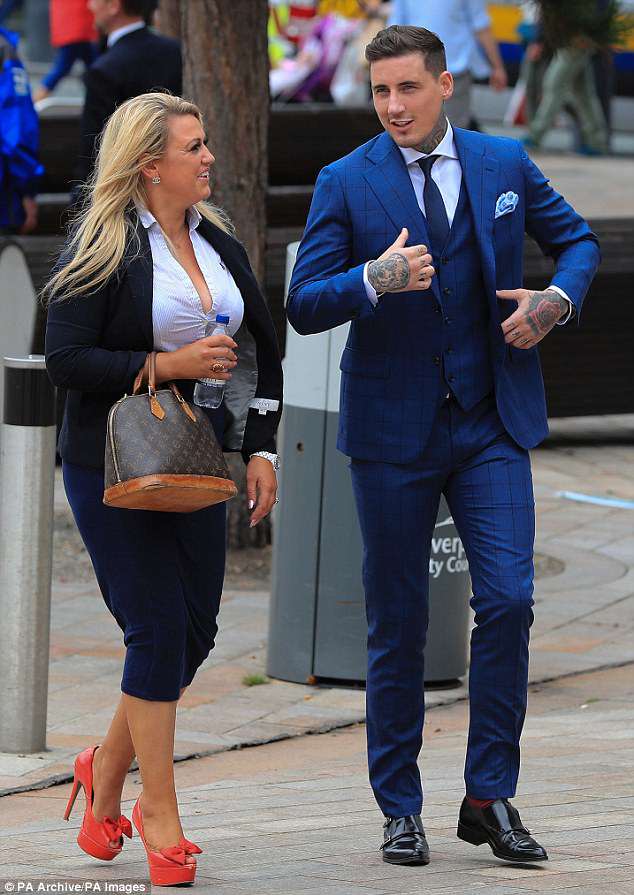 Way back when: Insiders tell The Sun, the 28-year-old reality star has set up camp at her home ever since he left jail, after assaulting his ex-girlfriend Stephanie Davis (Jeremy and Katie pictured on 11 August, heading into Liverpool Magistrates’ Court)

In August last year, McConnell was sentenced to 18 weeks in prison at Cardiff Magistrates via a video-link after being convicted of assaulting Stephanie Davis, who is the mother of his 16-month-old son Caben Albi, and found fame starring as Sinead O’Connor in Hollyoaks.

He served only 34 days behind bars and was released in December last year.

‘Jeremy moved in with Katie shortly after leaving prison. He’s even got a dog with her and knows her family and friends well. She became his manager but everyone thinks it’s weird he’s been staying there for so long’ sources told The Sun.

In court, Stephanie described the assault ‘like something out of a horror movie’, adding that Jeremy threatened to smash a bottle over his head.

When he was photographed heading into the courtroom on various occasions last year, he was flanked by Katie, who is listed on Crowndefence.com as ‘a specialist in the field of serious and high profile criminal defence, this includes high worth frauds, violent crimes and terrorism’.

Insiders have now revealed to the Sun: ‘Jeremy is getting ready to make his big comeback and has been lying low. Now all he does is post pictures of the inside of Katie’s house on social media. He thinks of Katie as the person that rescued him and will help make him famous again.’

The former model and Beauty School Cop Outs star appeared on Jeremy Kyle last month, where he candidly discussed his battle with addiction and his tumultuous union with Stephanie. 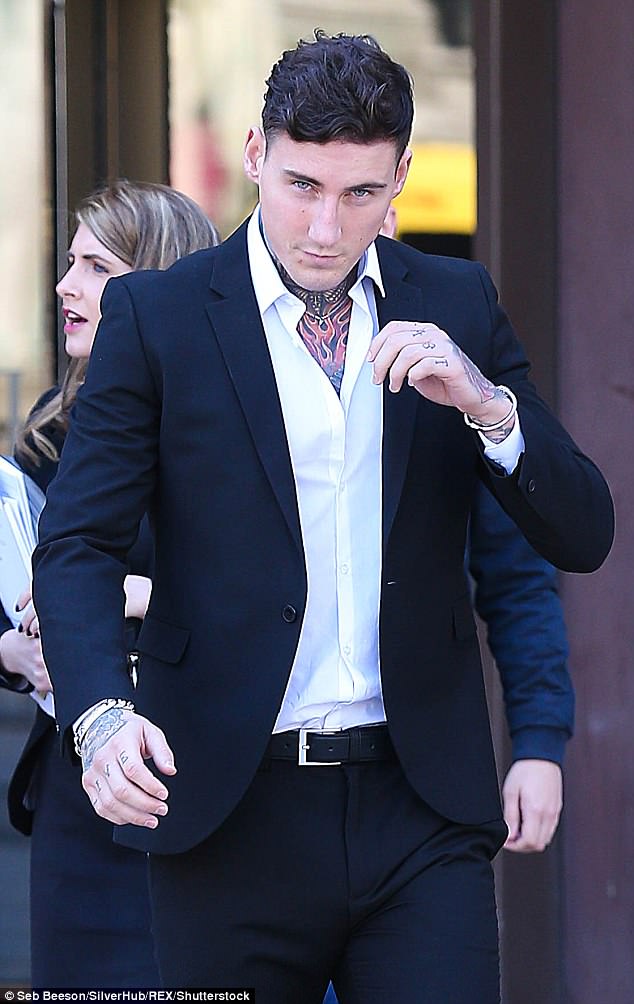 Starting off: In August last year, Jeremy was sentenced to 18 weeks in prison at Cardiff Magistrates via a video-link after being convicted of assaulting Stephanie, who is the mother of his 16-month-old son Caben Albi (Jeremy, pictured, following a court appearance in May) 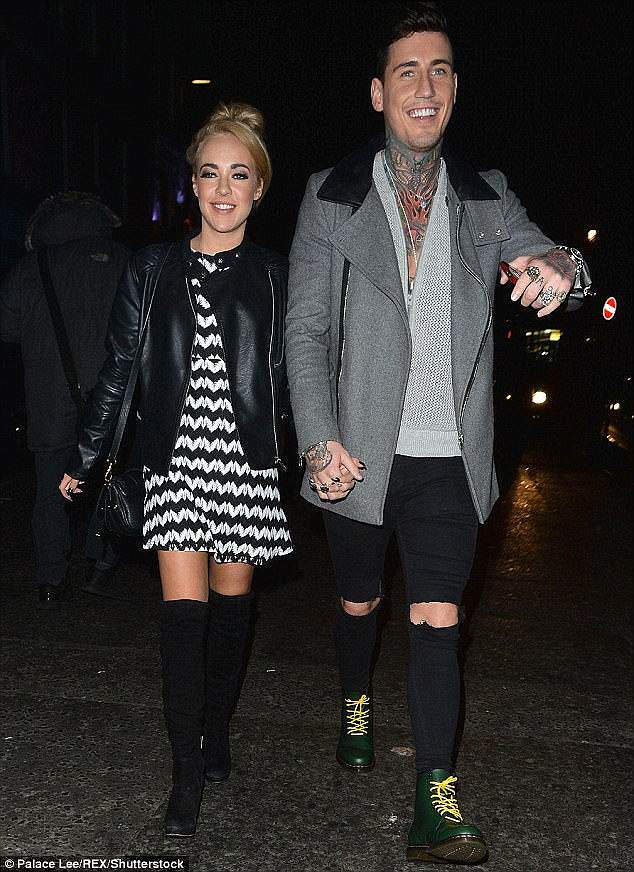 Happier times: Stephanie and Jeremy (pictured in February 2016), met in the CBB house in January 2016 yet their romance soon turned to toxic Support: He was given jail time after skipping his community service to get a hair and beard transplant in Turkey, following his assault on Stephanie which happened at her home in Rainhill, Merseyside in March last year before his sentencing shortly after 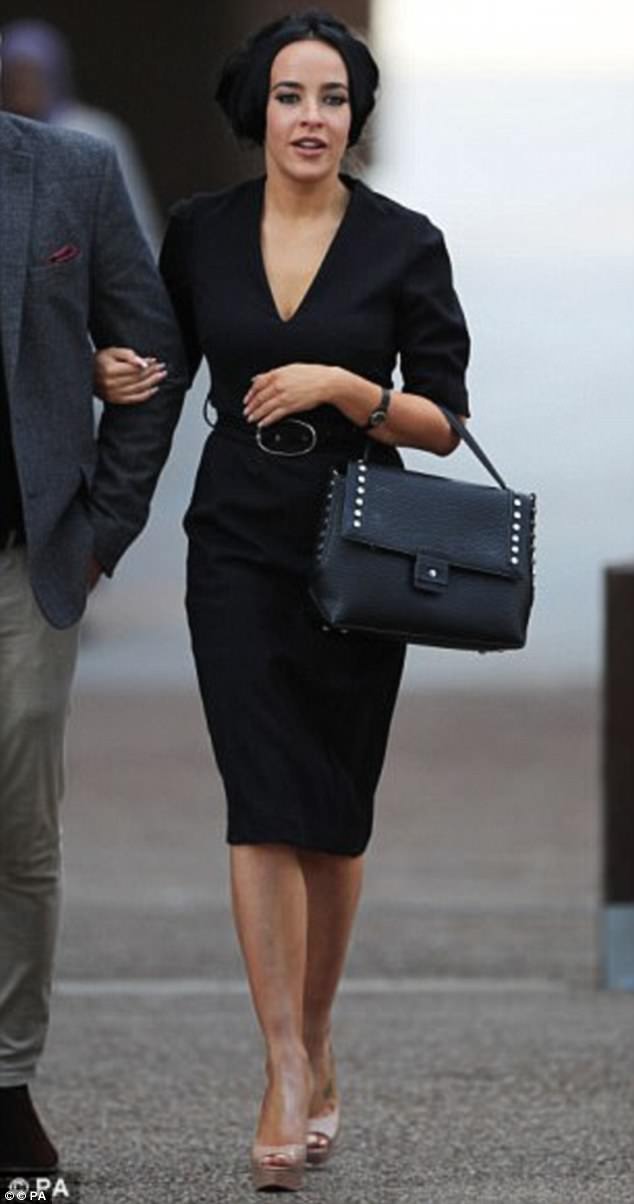 During an emotional interview, Jeremy finally took responsibility for his actions, when he said: ‘There was a lot of domestic violence in that relationship.

‘I take full responsibility. People know it’s not in my nature. I’m not a scumbag. I’m trying to be as a genuine as I can. I have a massive heart and I’d help anyone out.’

When Kyle asked him if he was violent to women, he said: ‘I have been.’ Jeremy, who wasn’t paid for the interview, admitted that his relationship with Stephanie was always doomed to fail.

While he battled with drugs and infidelity, Stephanie recently admitted to having problems with alcohol and completed a stint in rehab.

Tough times: During an emotional interview, Jeremy finally took responsibility for his actions, when he said: ‘There was a lot of domestic violence in that relationship (pictured in February last year) 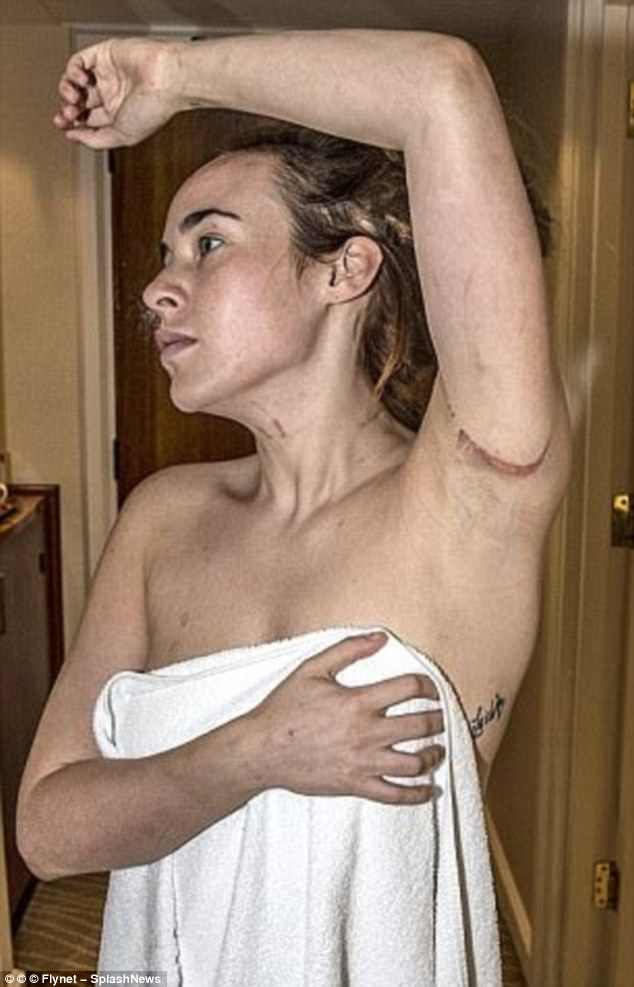 Hard times: Jeremy said: ‘The relationship wasn’t healthy from the get-go. I had infidelity issues. I’m not coming on to slag her off. I try and remain dignified’ (Stephanie is pictured displaying her injuries after an attack)

Jeremy said: ‘The relationship wasn’t healthy from the get-go. I had infidelity issues. I’m not coming on to slag her off. I try and remain dignified.

‘I’d never pretended to be someone different. I’ve always been responsible for my actions – I’ve been open about my addictions.

Contradicting himself, he said: ‘I’m not violent to women. There was an incident that I was convicted of. Common assault. I did my punishment.

‘I was demoralised in going to prison. I’m not playing the victim, but I did my time but I just want to move forward.’

MailOnline has contacted Jeremy’s representation and Katie for comment.