Hi relationship with Topshop heiress Chloe Green is rumored to be getting very serious.

And it seems ‘Hot Felon’ Jeremy Meeks may be ready to propose to his girlfriend of almost a year as the 34-year-old model was spotted looking at some significant jewelry on Monday.

The catwalk star was photographed on Rodeo Drive in Beverly Hills checking out some huge engagement rings.

It’s serious: Jeremy Meeks is pictured out on Rodeo Drive in Beverly Hills on Monday while checking out engagement rings. The model is currently dating Topshop heiress Chloe Green

Meeks was joined by pal Vas Morgan as they looked at a window display at the Peter Marco store.

The father-of-one wore a navy hoodie with white stripes design along with matching sweatpants.

He left his top unzipped to show off some gold chains on top of a white T-shirt.

Sources told The Mail on Sunday’s Charlotte Griffiths that while the pair are not engaged, they are keen to kick off the next step in their relationship, including moving in together and starting a family. 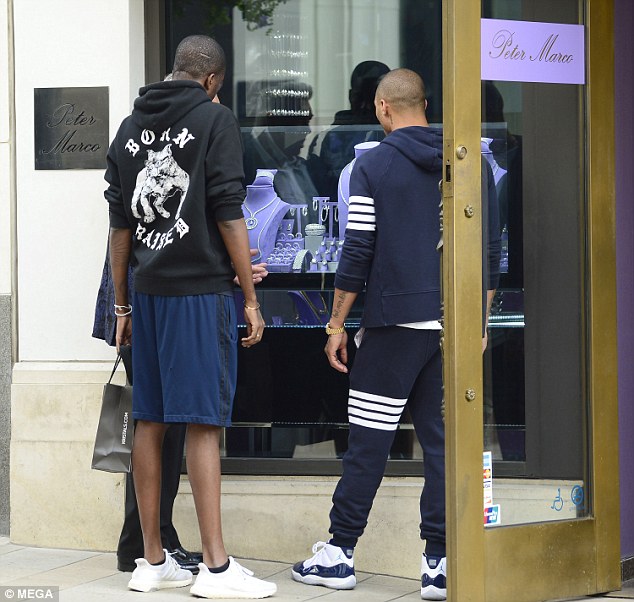 Ready to pop the question? Meeks, 34, was joined by pal Vas Morgan as he looked at some big rings at the Peter Marco store

The sources told the publication: ‘Chloe wants to get pregnant right away. She’s off the booze already.

‘Her parents have recently done an unexpected U-turn on Jeremy, and are now embracing him as one of the Greens.

‘They are resigned to the fact he’ll be a part of their lives forever.’

MailOnline has contacted a representative for Jeremy Meeks for comment.

Chloe and Jeremy are said to have first set their eyes on each other at the Cannes Film Festival in May 2017, where the Hot Felon was modelling for Phillip Plein. 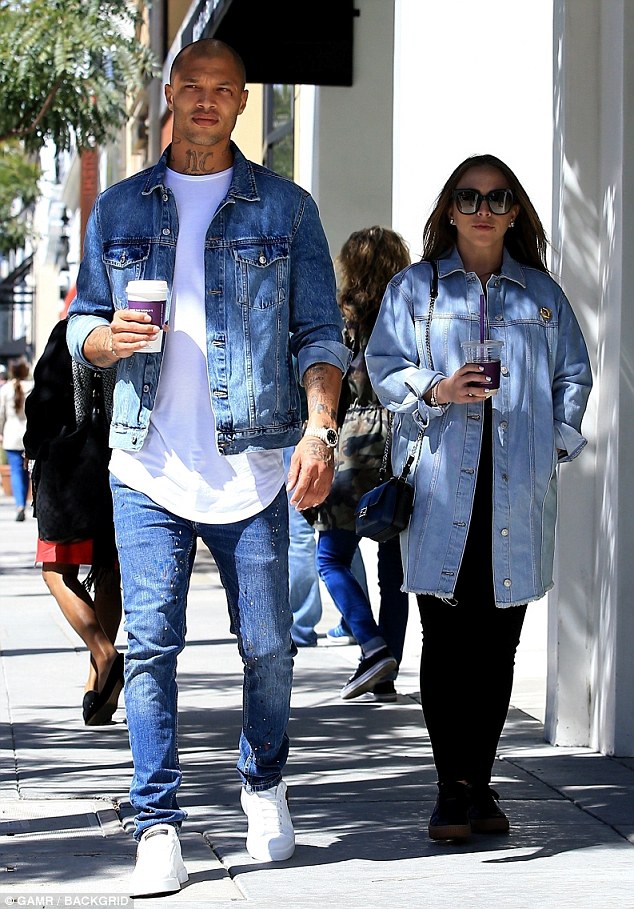 Coordinated couple: Jeremy and Chloe are pictured out on Saturday in Beverly Hills amid claims Chloe is keen to start a family with the ‘hot felon’

As he enjoys his romance with Chloe, Jeremy is also embroiled in ongoing divorce proceedings with estranged wife Melissa Meeks.

According to TMZ, he agreed a child support deal with his estranged wife and he will pay her $1,000 a month for their son Jeremy Meeks Jr., aged eight, retroactive to November 1, 2017.

Meeks shot to fame in 2014 when his mug shot was posted by the Stockton Police Department after he was arrested on weapons charges amid a gang sweep.

The model was handed a prison sentence of 27 months in connection with the incident. 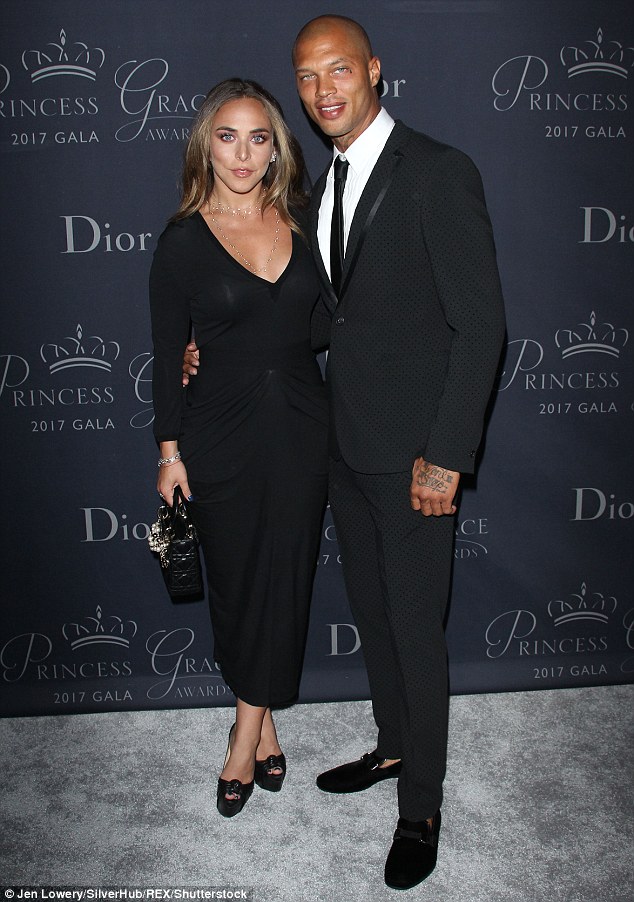 Whirlwind: Chloe and Jeremy are said to have first met at the Cannes Film Festival in May 2017, where Meeks was modelling for Phillip Plein. They are pictured together in October