Radio 2 presenter Jeremy Vine has divided road users after he defended a female cyclist who was chastised by a London black cab driver for cutting him up.

The footage posted by the Channel 5 daytime star, who is believed to have captured it during his 6am ride to work today, shows the cyclist using a pelican crossing on South Carriage Drive, adjacent to London’s Hyde Park, while the traffic lights are on green.

Vine defended the cyclist’s risky manoeuvre after filming the cabbie beeping at her multiple times and shouting from his window, saying in his subsequent tweet: ‘Bet you wouldn’t behave like this if she was your daughter’.

The 54-year-old presenter said that while he agreed the motorist was ‘clearly’ in the right – and the cyclist should have looked before crossing – he felt the infuriated male driver had had plenty of time to slow down and should have stopped to let the cyclist cross safely rather than leave her in the middle of the road.

Jeremy Vine’s footage, filmed on his cycle-cam, sees the female cyclist appearing to cross the busy London street – South Carriage Drive, near Hyde Park, this morning without looking – as a London black cab approaches the set of traffic lights which were on green at the time 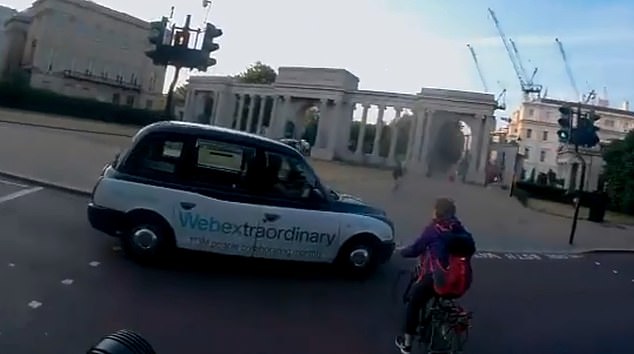 As the cyclist is forced to stop in the middle of the road, the cab driver beeps at her angrily before offering her a telling off from his window, something Vine objected to and shared with his 702,000 followers on Twitter 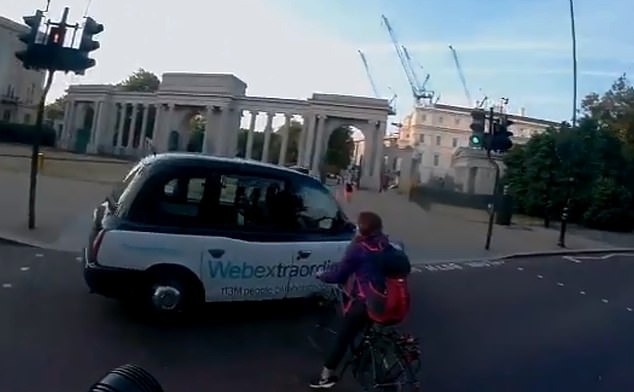 Cyclist and motorist come close: Vine’s take on the incident was that: ‘The driver had the option of stopping. He is in two tons of metal, she is a young woman on a bicycle. He chose to plough through’

He wrote: ‘Hey Mr Taxi Driver, you saw her coming a mile out. Bet you wouldn’t behave like this if she was your daughter.’

He later clarified that he agreed the cyclist was wrong but thought the taxi was wrong to punish her by ‘ploughing through’.

He wrote: ‘The cyclist is CLEARLY at fault. However the driver had the option of stopping. He is in two tons of metal, she is a young woman on a bicycle. He chose to plough through. That’s all.’ 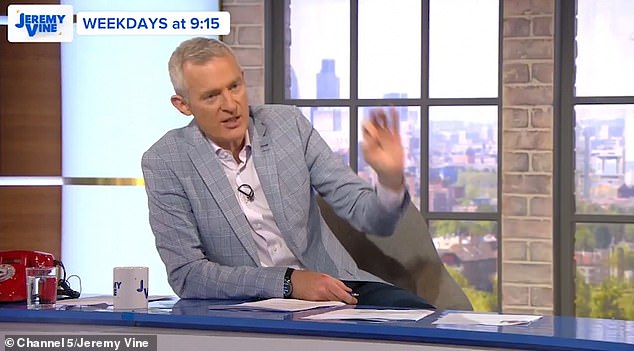 The video, which has since had nearly 80,000 views on Twitter, has seen Vine get short shrift from some road users.

@Mr_rothschild_ wrote: ‘As a pedestrian who was seriously injured once by an idiot cyclist I have absolutely no sympathy. Cyclists should all have to undergo a street cycling test, have a licence, insurance and MOT’

@south_eastone added: ‘If that was me and she had been my daughter I would have got out and kicked her arse for being so bloody stupid. If he braked hard and injured his passenger what then? 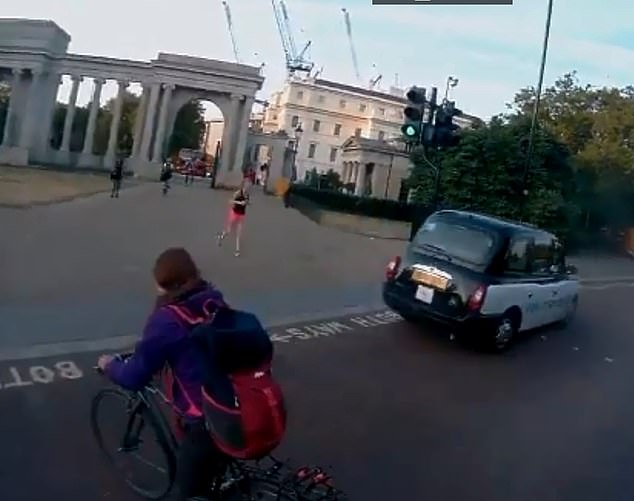 ‘Bet you wouldn’t behave like that if it was your daughter’: The chastised cyclist continues on her way 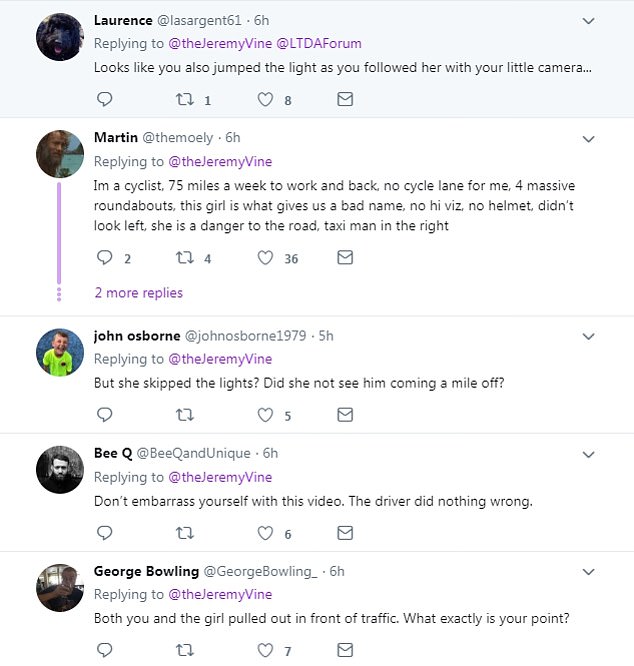 @AStrangerJ added: ‘Ridiculous tweet. It’s attitudes such as this that are giving decent, level headed cyclists a bad name. Both you and she went across despite the light being against you, but you still see the taxi driver as being in the wrong. It’s a good job he was looking, neither of you were.’

And @bazzardo noted how different the dynamics are between cyclists and motorists on the continent: ‘Just back from cycling to TdF in Belgium. Couldn’t believe that cars actually stop to let you cross the road with your bike! This is not on the bike lanes, but on the odd occasion you need to cross a normal road or get out of a junction. We are light-years away from this.’

Vine, who took over from Matthew Wright as the host of Channel 5’s daytime offering earlier this year, regularly posts footage of near-misses from his morning commute. Earlier this year, the BBC broadcaster, 54, was told to ‘give up cycling’ after an altercation with a white van.