‘It’s definitely a penalty’: Jermaine Jenas adamant Tottenham should have been awarded a spot-kick when Lucas Moura was fouled against Inter Milan

By Matt Storey For Mailonline

Tottenham were denied a ‘definite’ penalty in the first half of their Champions league clash with Inter Milan.

Lucas Moura jinked into the box and was taken down by Matteo Politano right on the edge of the penalty area.

Turkish referee Cuneyt Cakir waved away Moura’s claims just nine minutes in the game, despite the Italian not getting anywhere near the ball. 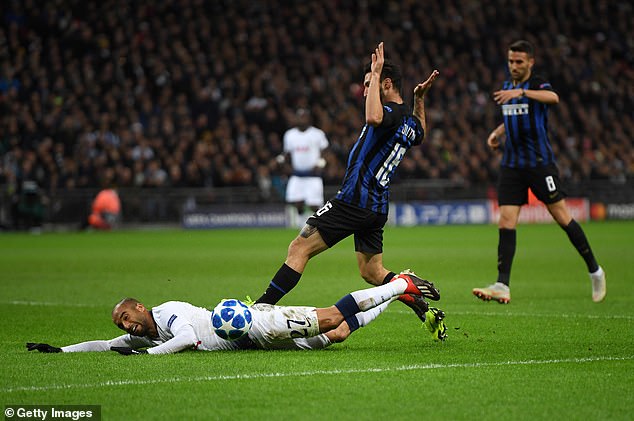 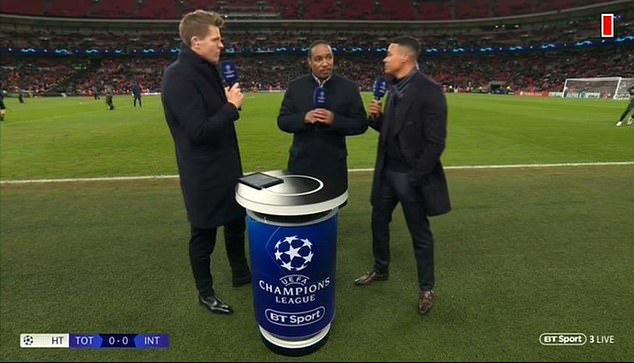 Pundit Jermaine Jenas felt that Spurs were hard done by and that they should have had the chance to take the lead from the spot.

‘I actually thought it was a penalty initially when I saw it,’ Jenas told BT Sport at half-time.

‘What he was trying to do was to get his body across Lucas Moura.

‘But I think when you throw your leg out like that and you don’t win the ball – it goes directly across Lucas Moura, without going to the ball – I lean more towards the penalty. 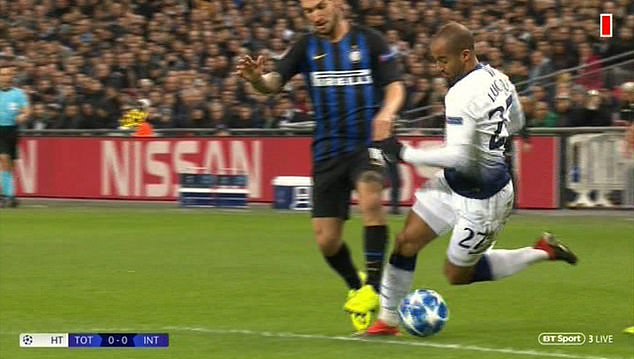 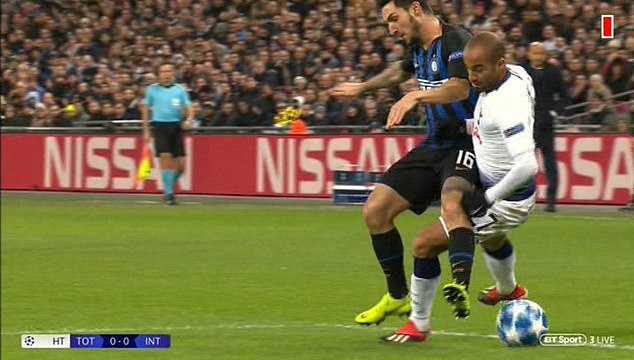 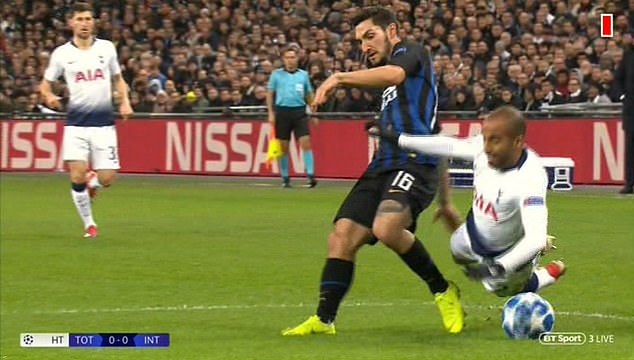 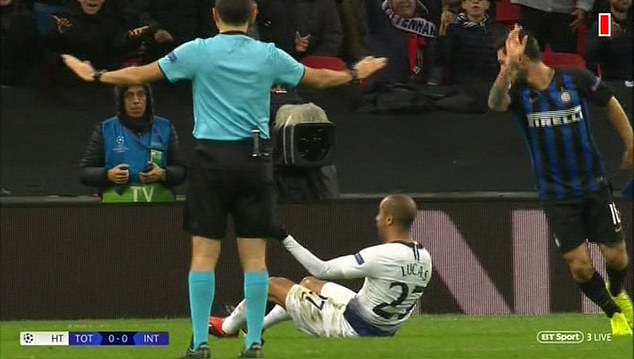 But referee Cuneyt Cakir was quick to wave Spurs’ claims away, much to Moura’s amazement

‘In my eyes that is a penalty. We [Jenas and Paul Ince] both said we’ve seen them given and that’s the obvious statement.

‘Seeing it again, I definitely think it’s a pen.’

Former Inter midfielder Ince was less inclined to say it should have been given, suggesting Moura had gone over too easily

‘I think it’s more of a pen than not a penalty,’ he explained. ‘Because he’s put his leg out, Moura’s probably gone over a little bit easy.’