‘He needs to get up to speed… he only plays five yard passes’: Jermaine Jenas criticises Eric Dier as midfielder is hauled off against Olympiacos after just 29 minutes with Tottenham trailing 2-0

With Tottenham 2-0 down after just 19 minutes, Dier was replaced by Christian Eriksen in the 29th minute.

Dier had started the first two games of Jose Mourinho’s Tottenham tenure, but was withdrawn before the half hour mark. 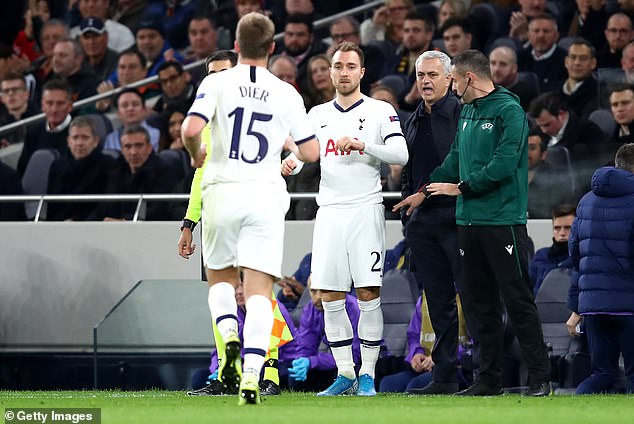 Speaking during commentary for BT Sport, former Tottenham midfielder Jenas said: ‘He’ll be fuming. He needs to get up to speed. He doesn’t want to be going into the Euros not in form.

‘I think when you have Dier and (Harry) Winks together, they only play five yard passes.’

Despite being substituted early, Jenas remarked that Dier hadn’t reacted badly to being taken off.

Jenas said: ‘He looks like he’s taken it well.’ 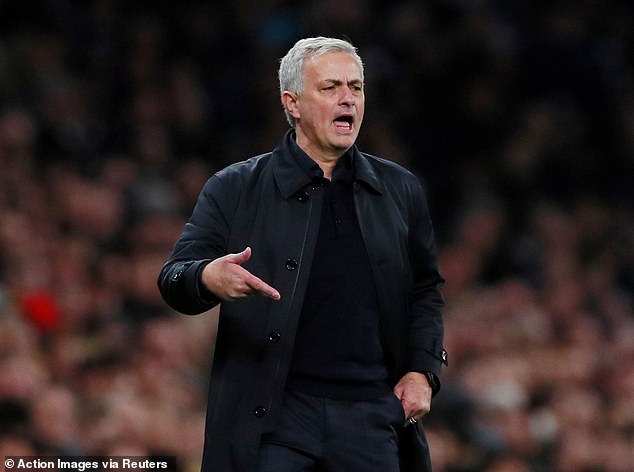 Tottenham went into the game on a high having beaten West Ham 3-2 in Mourinho’s first game.

However, Olympiacos shocked them by establishing a two-goal lead courtesy of efforts from Youssef El-Arabi and Ruben Semedo.

Dier was making just his eighth appearance of the season for Tottenham having fallen out of favour under previous manager Mauricio Pochettino.

The 25-year-old has also lost his place in the England squad having not been called up by Gareth Southgate since the Nations League finals in the summer.