‘He’s sticking out like a sore thumb with how bad he is playing’: Jermaine Jenas rips into ‘unrecognisable’ Christian Eriksen after poor display against Olympiacos

The north London club raced into a two-goal lead in Greece thanks to Harry Kane’s penalty and Lucas Moura’s fierce strike, but Eriksen lacked his usual control and passing accuracy at Karaiskakis Stadium.

‘He’s unrecognisable tonight,’ Jenas told BT Sport. ‘He’s had a couple of moments where the manager has had a look and you can tell he’s thinking “we need to get him off here.”

‘You have bad games as players, he has had many great games for Tottenham over the years but he’s sticking out like a sore thumb with how bad he is playing tonight.

‘He’s getting the simple things wrong and that’s the worrying thing. He just looks shattered. 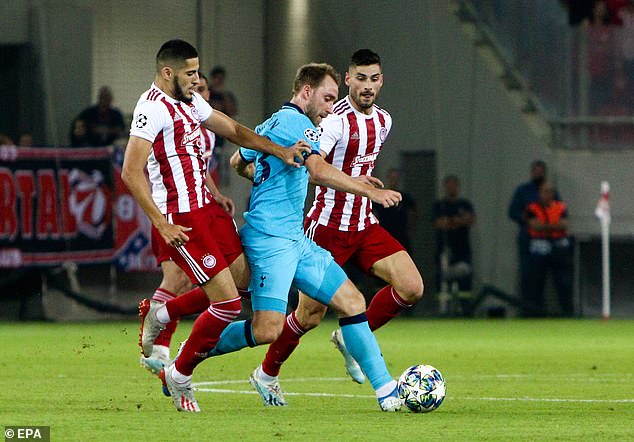 After such an uncharacteristic display, pundits are bound to speculate that the 27-year-old has had his head turned by summer transfer speculation.

During the international break, Eriksen told the Danish press: ‘I wish I could decide just like in Football Manager, but unfortunately I can’t.

‘For me it’s not hard to clear my head. I don’t read much of what is written. 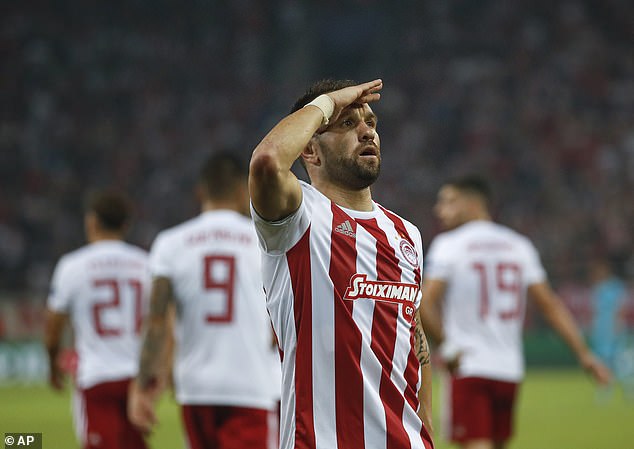 ‘And now I have been involved for many years, where there have been many rumours every year.

‘But it’s clear that it’s been a little more rife this year because my contract is about to expire. There has been a lot said about me.

‘I should have been looking at houses in Madrid (according to the speculation), but I have to be honest and say that all that writing is not something that bothers me at all.’