However, that doesn’t mean the man who coached his teams to two Super Bowl titles will get any credit from the owner any time soon.

Speaking to a sports reporter from NBC Dallas/Fort Worth, the long-time owner dug into his position when asked why Johnson has yet to be inducted into the Cowboys Ring of Honor.

‘I get to make that decision,’ Jones told the reporter. ‘It isn’t, at the end of the day, all tailored around whether Jimmy is sniveling or not.’

Jones previously promised at the 2021 Hall of Fame game that Johnson would be inducted, but did not make an official decision or say when that might happen.

The two men have a long and complicated relationship dating back to their time together at the University of Arkansas.

After Jones bought the Cowboys in 1989, one of his first moves was to fire legendary coach Tom Landry to hire Johnson, who had won the national title with the University of Miami Hurricanes in 1987.

During that time, Johnson and Jones fought internally over control of personnel decisions – with Jones unwilling to grant his coach that power. 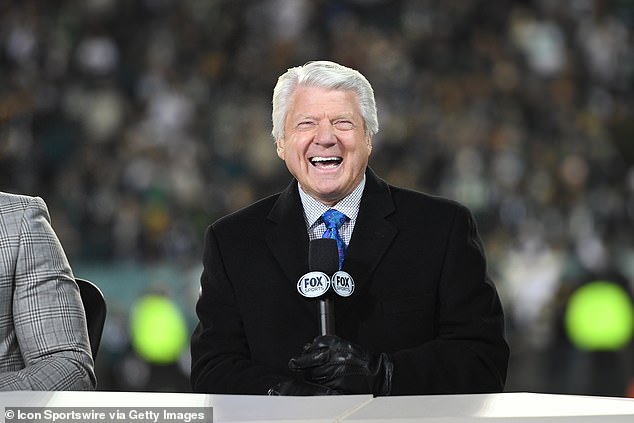 Johnson left for the Miami Dolphins and Jones hired another former Arkansas Razorback in Barry Switzer.

Since then, the Cowboys have had little success in the postseason, making 11 appearances in 25 seasons and only winning four playoff games.

All four of those wins came in the Wild Card round, with Jason Garrett the only coach to manage more than one playoff victory.

The Cowboys Ring of Honor includes 22 inductees, with the legendary Tom Landry being the only coach in that group.