The House Judiciary Committee has scheduled its first formal impeachment hearing for December 4 and invited President Donald Trump and his lawyers to participate.

But committee chairman Jerry Nadler, a New York Democrat, warned that taking part in the proceedings is a ‘privilege’ that he can take away.

‘I remind you that participation by the President or his counsel has been described by the Committee in past inquiries as “not a right but a privilege or a courtesy which is being extended to the President’s counsel”,’ Nadler wrote in a letter to the White House. 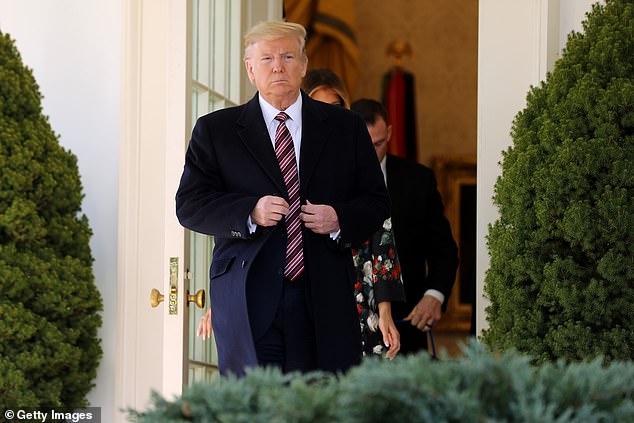 The beginning of proceedings in the Judiciary Committee signals that the Intelligence Committee, led by California Demiocrat Adam Schiff, is likely winding down its work.

The introductory hearing is expected to focus on how to define a ‘high crime’ or ‘misdemeanor’ that can lead to impeachment of a U.S. president. 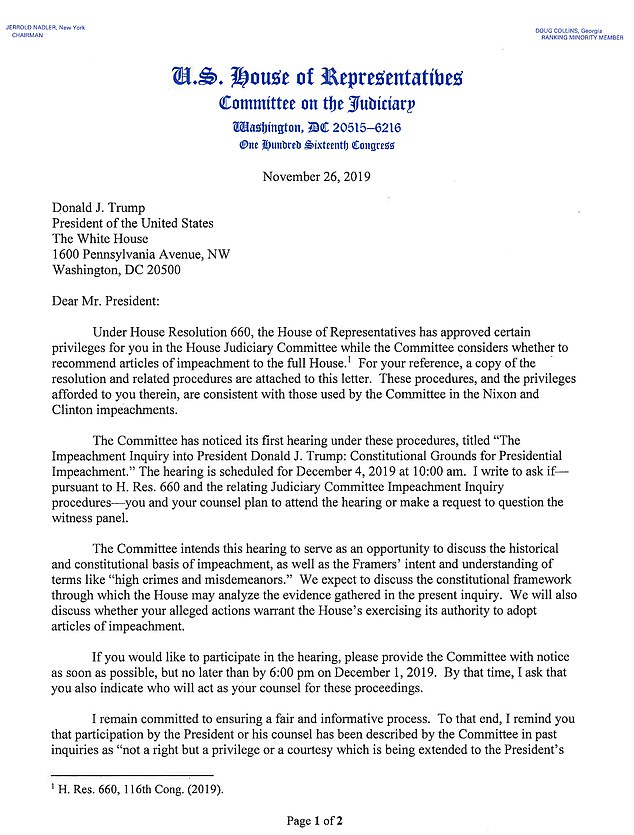 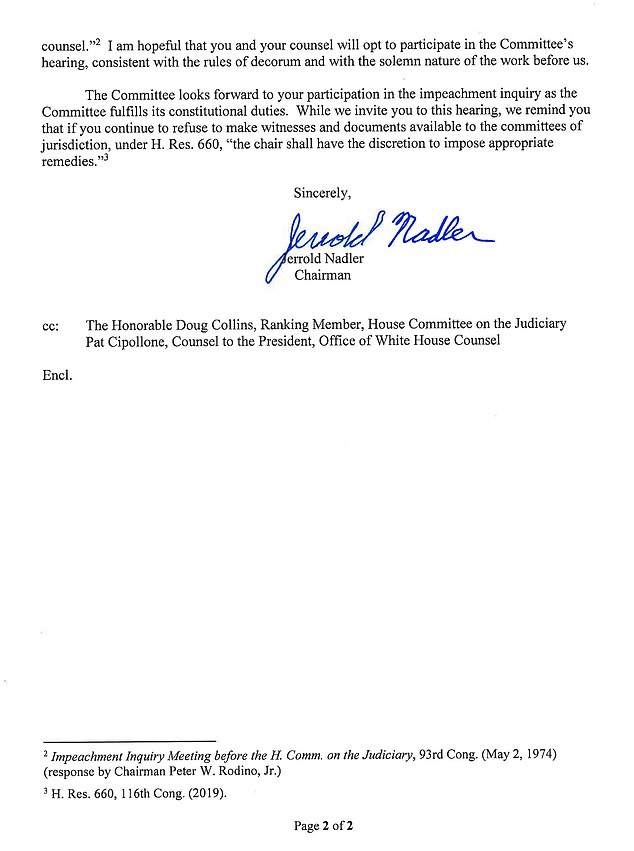