Jersey tortoise escapes and walks six miles to the zoo

A 70-year-old pet tortoise made a dash for freedom and walked six miles in a day to get to the local zoo – where a ‘sprightly’ young female has just moved in.

Runaway reptile Freddie stunned his owners after covering the incredible distance in only 24 hours at an average speed of 0.25 miles an hour.

After setting off from his home in St Mary, Jersey, he was eventually found by a passer-by in a lane at the back of Jersey Zoo, which has recently taken in a 15-year-old female tortoise called Astrid.

But unfortunately Freddie never got to meet Astrid before he was picked up and handed into a tortoise sanctuary. 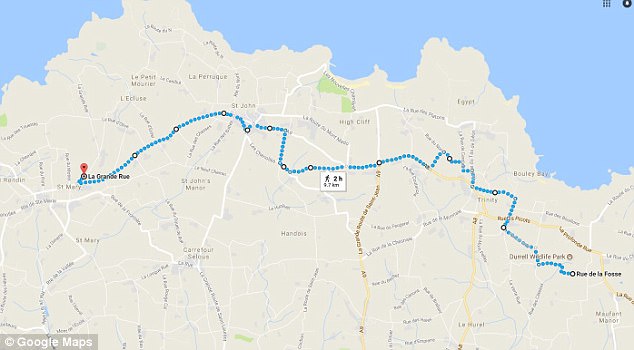 The runaway reptile managed to walk six miles from his home in St Mary, Jersey to Jersey Zoo 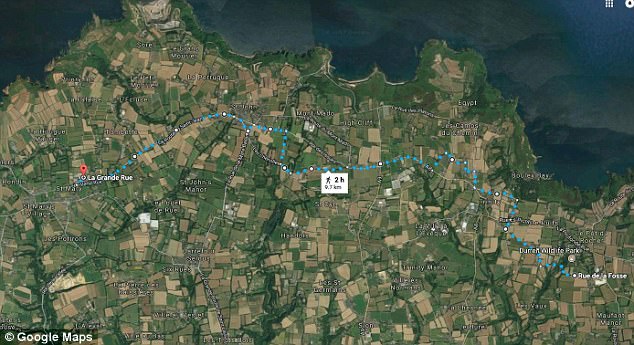 The 70-year-old creature walked at an average of 0.25mph, slightly faster than the typical speed of a tortoise

He was reunited with his owner Joanne Stanton after a Facebook appeal and is preparing for hibernation.

Mrs Stanton, 53, of St Mary, Jersey, describes Freddie as a ‘typically slow’ tortoise and is amazed at how much ground he covered.

‘He does pick up a bit of speed when he sees a dandelion.

‘Whether he had a few dandelions before he set off, I don’t know.’ 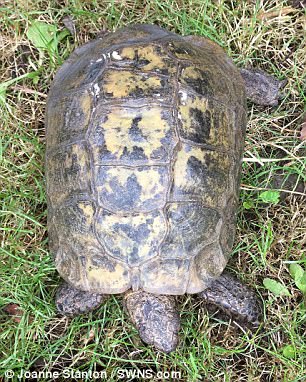 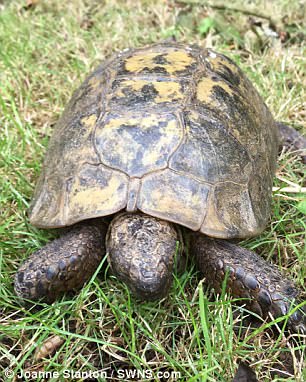 Freddie the 70-year-old reptile (pictured) has been in Joanne Stanton’s family for over half a century and has escaped before, disappearing for a year

Freddie has been in Mrs Stanton’s family for more than half a century, but she took him in from her father-in-law three years ago.

The pet has previous form for running away, and once went missing for more than a year, which led to them painting their address on his shell.

She added: ‘In the past when the father had him, Freddie went missing for more than a year and when he got him back he painted the address on the shell.

‘Although it had worn off, there were still specs of white paint which was how we knew it was him.

‘He lives in a hut in the garden and when we came back from work, he was no-where to be seen.

‘We then got a call to say he had been found round the back of the zoo. We have a fence around the garden but he must have bashed his way out. 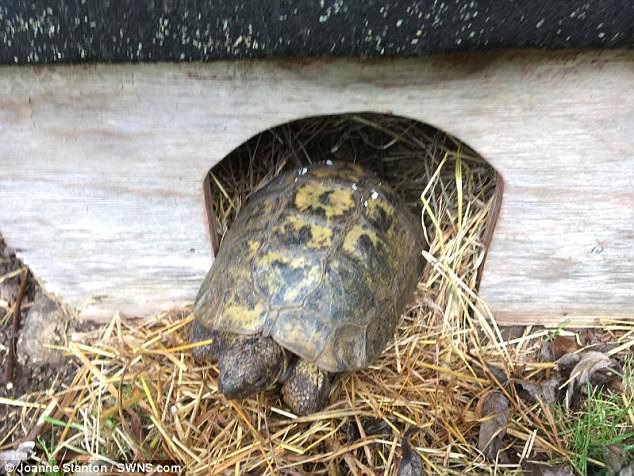 A female tortoise called Astrid had just moved in at Jersey Zoo when Freddie (pictured) made his escape, but unfortunately the star crossed lovers never met before he was scooped up

They said there was no sign of him until a volunteer from the Tortoise Sanctuary in Rouge Bouillon got in touch to say he had been handed in after being found in Trinity – six miles from the family home.

A passer-by had stumbled across the touring tortoise in a lane at the back of Jersey Zoo a day after the family had noticed he had vanished.

Freddie’s speed of 0.25mph is slightly faster than the typical average tortoise speed of 0.18 to 0.20mph.

Mrs Stanton, a medical receptionist, added: ‘That is what makes this all such a mystery.

‘I am really curious to find out what did happen to him.’

Freddie was reunited with his family after a member of staff recognised the description of the reptile – which included a mention of paint marks on his back – which Mr Stanton posted on Facebook after he had gone missing.