Jesinta Franklin reveals her VERY healthy day on a plate

As one of Australia’s most recognisable models, Jesinta Franklin (née Campbell) knows how important her diet is to her work.

The 26-year-old, who is married to AFL star Buddy Franklin, recently revealed exactly what she eats in a day to maintain her toned physique and impressive abs.

The model said she begins her day with a gym workout and a healthy drink.

Model Jesinta Franklin (née Campbell) is known for toned physique and impressive abs. Now the 26-year-old has revealed what she eats in a day 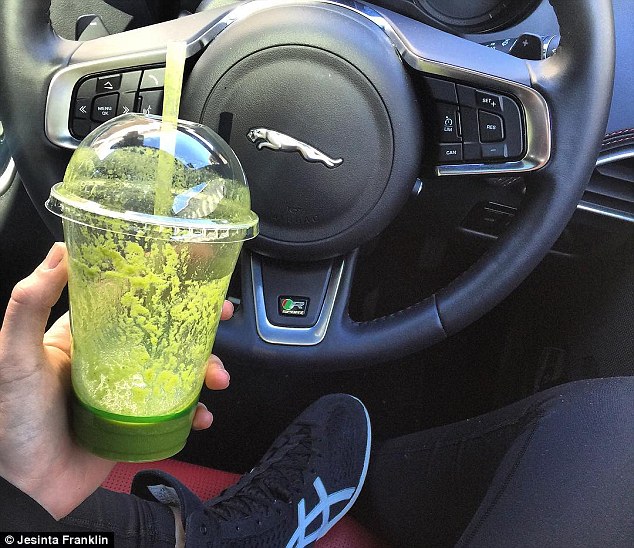 ‘I always start my day with a hot lemon drink, followed by some glutamine powder mixed in water before I work out,’ she told Body & Soul.

‘When I’m in the office or on set I like to snack on blueberries or nuts, seeds or fresh fruit or fresh vegetables,’ she added.

‘If I need a bit of protein between meals I will usually have a boiled egg. Lunch is a big green leafy salad with some form or protein; chicken or tuna, combined with good fats like an olive oil dressing or half an avocado.’ 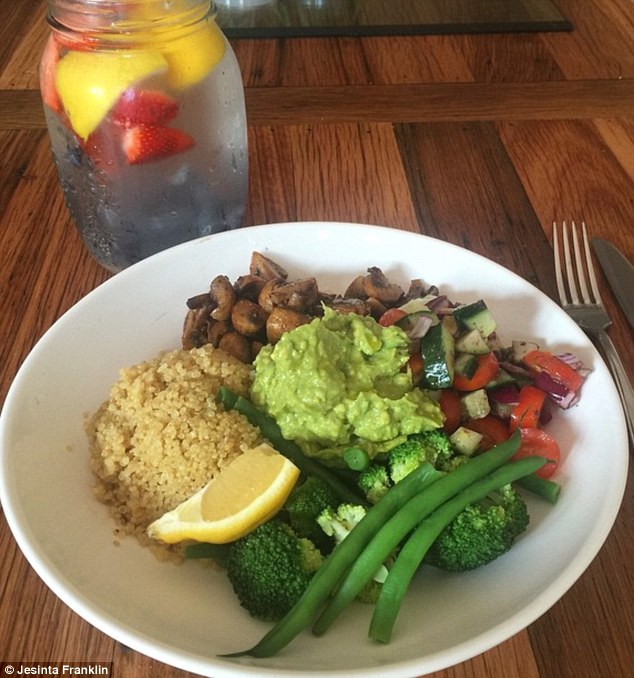 The former Miss Universe incorporates lots of fruit and vegetables into her diet including avocado, beans and broccoli 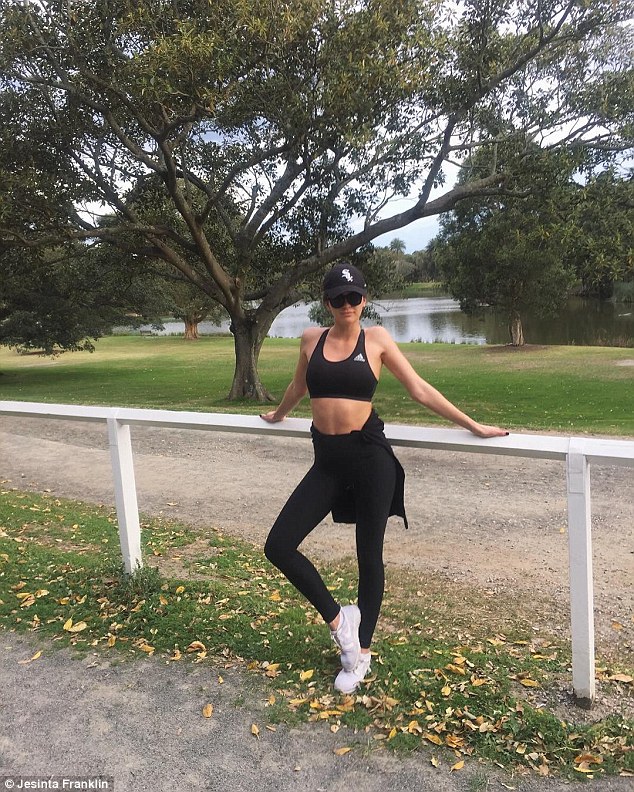 During the afternoon, Jesinta revealed she snacks on a couple of dried dates or some dark chocolate.

However, the model isn’t a fan of caffeine.

‘I don’t really drink coffee so I find a little sweet boost towards the end of the day gets me through. Even a banana is great if I’m really lacking energy,’ she explained.

For dinner, the former Miss Universe Australia and David Jones ambassador usually cooks herself a piece of fish and vegetables. 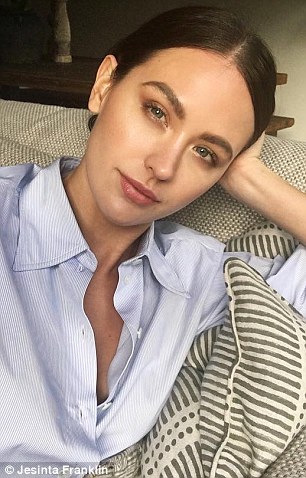 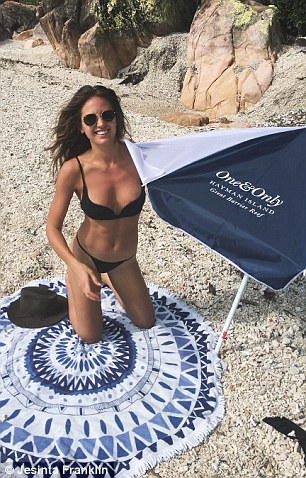 During the afternoon, Jesinta revealed she snacks on a couple of dried dates or some dark chocolate- and for energy she eats a banana

‘I love putting a fillet of fish and lots of veggies on a tray and baking it all in the oven. I will then serve that with quinoa or brown rice,’ she told the publication.

Jesinta said she usually avoids dessert during the week, but if she has a sweet craving, she will stew up some apple with cinnamon and combine it with yoghurt.

She also drinks plenty of water – sometimes mixing it with chlorophyll for it’s powerful detoxifying and anti-inflammatory benefits.