She recently revealed how she achieved her incredible post-baby body in an interview with Women’s Health.

And model Jesinta Franklin showed off her long slender legs as she attended a Versace event on Thursday evening.

Legs for days! Jesinta Franklin showed off her slender figure in a $3,140 mini dress on Thursday night as she attended a Versace event in Sydney

The mother-of-two enlisted her favourite makeup artist to do her glam, Michael Brown.

Her pout was plumped thanks to a heavily-lined lip and a peach hue while her eyebrow were perfectly arched.

Jesinta’s two children were seen running around in the background while she got ready for the event.

The AFL WAG reveals how she achieved her incredible post-baby body in the September issue of Women’s Health. 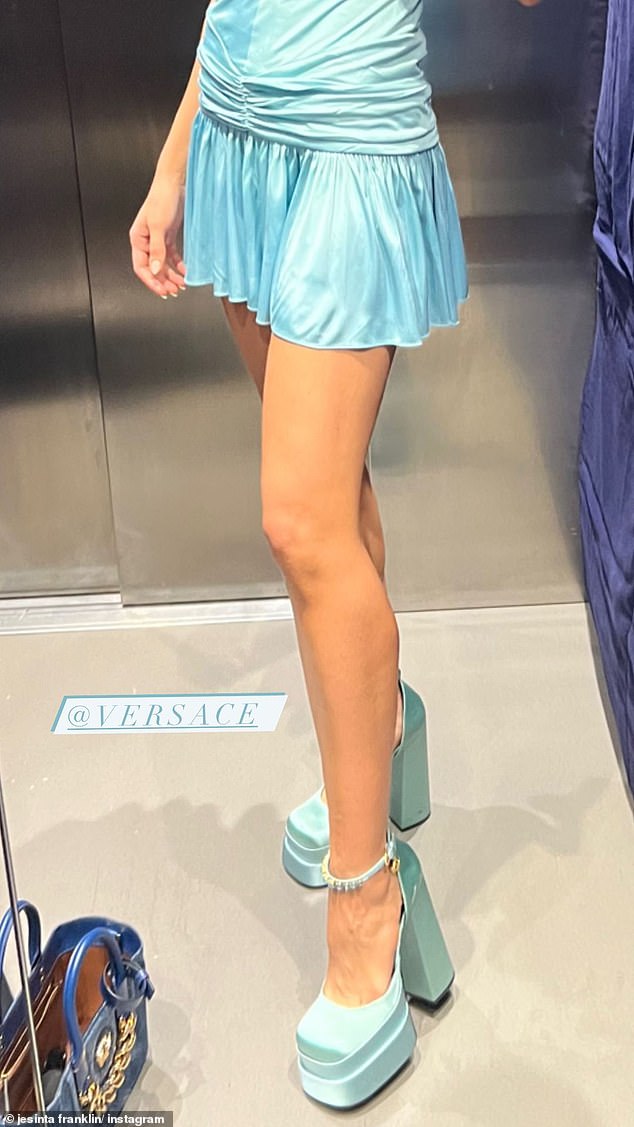 The model teamed the frock with the highly coveted Medusa Aeviatas platform pumps, also from the label

‘I have a [personal training session] twice a week. Those sessions are great,’ she said.

She continued: ‘All I wanted to do when I was getting back into it after having Rocky [her son] was to feel strong again.

‘I just felt like my body was really weak after having the kids.

‘It was really hard for me to workout, especially in my second pregnancy, because I was running after Tallulah [her daughter] who was just becoming more active by the day, and I had no time to myself.’ 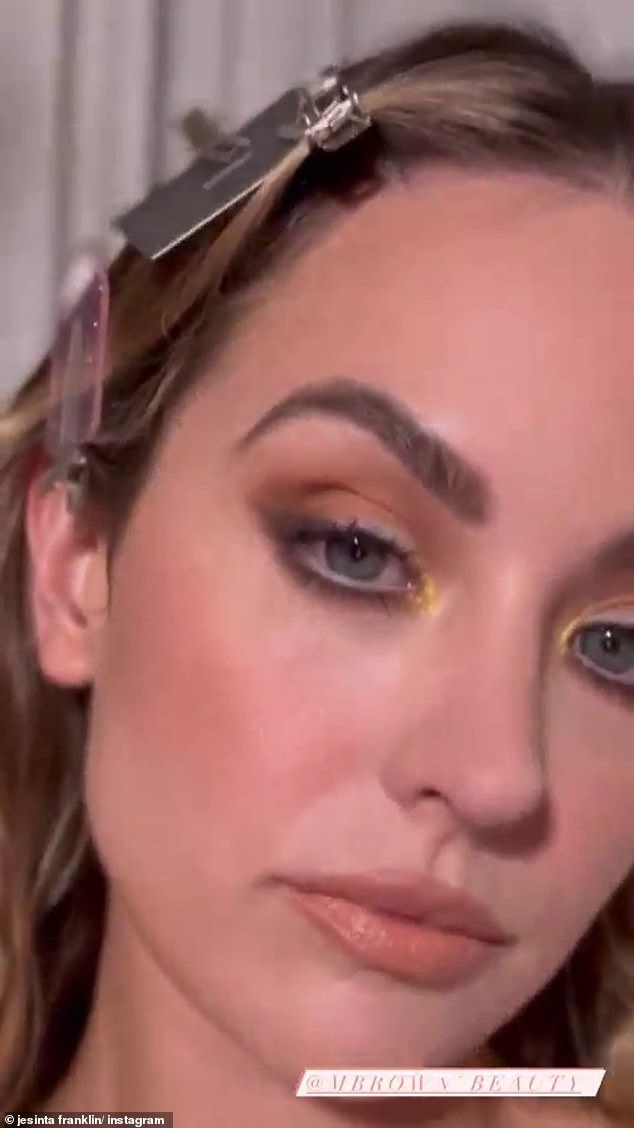 The mother-of-two enlisted her favourite makeup artist to do her glam, Michael Brown

The model went on to say she used to think workouts under an hour weren’t worth it, saying it was always possible to find the time, but has since changed her mind and is willing to take any time she can get.

She said: ‘I invested in a Peloton [stationary bike] earlier this year, and they’ve even got five-minute stretch sessions. I’m like, “Yes, this is my jam. This is my workout.”‘

Jesinta then explained she had found a new trainer and had stripped her workout routine ‘back to basics’ with her two PT sessions a week, and was getting on her Peloton bike in between for five to 30-minute sessions of cardio and stretches.

The influencer shares her two children Tallulah, two, and Rocky, one, with Franklin, whom she married in 2016. 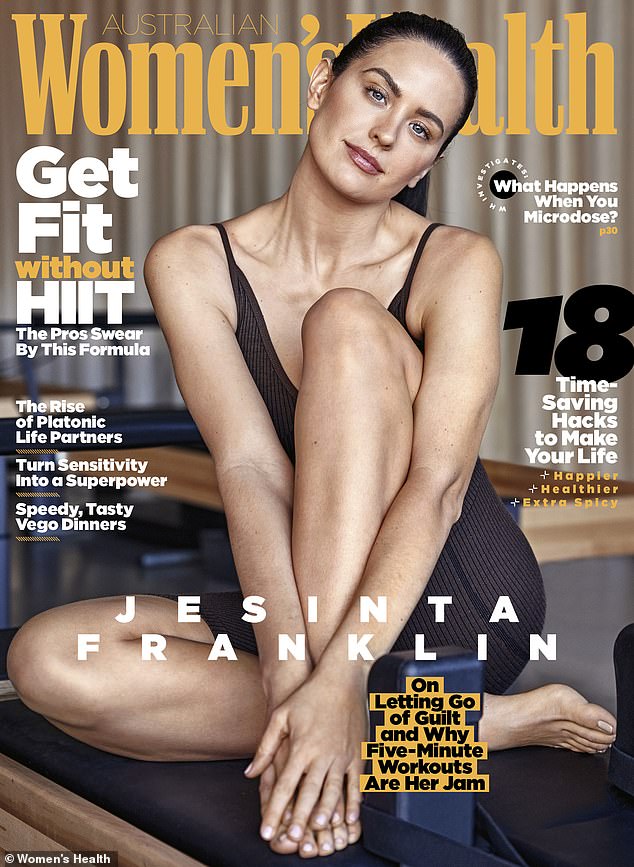 Rumours circulated the pair were planning a move to Queensland soon amid reports Buddy was looking to either leave the Swans for a new club or retire from footy altogether, after he was asked to take a 50 per cent pay cut in 2023.

However, the 35-year-old is expected to continue playing into next year despite his current $10 million contract ending in a matter of months.

‘It is all but certain that Lance Franklin will play for the Swans in 2023,’ Fox Footy’s Drew Jones told Seven.

‘It certainly won’t be announced in the next few days or weeks but, in the second half of the season at some stage, a one-year contract will be confirmed.’

In March, Jesinta was celebrating after Buddy kicked his 1,000th career goal.

‘I’ve listened to stories from Bud’s parents and sisters of his passion and dedication to football from a young age and last night was a true testament to the hard work that has gone in to not only over the last 18 years of his career, but everything that happened before that that led him to this moment,’ Jesinta shared online. 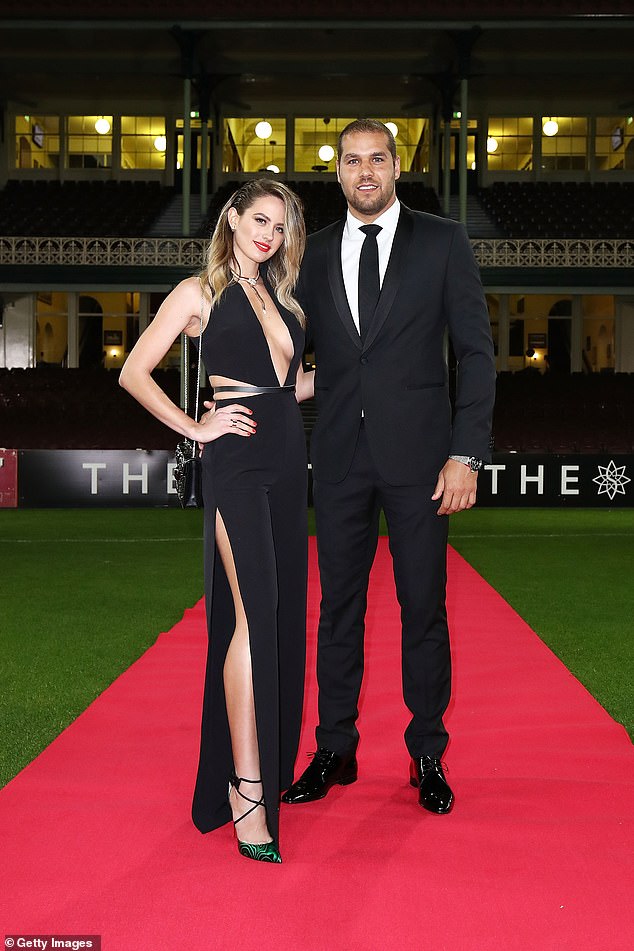 The influencer shares her two children Tallulah, two, and Rocky, one, with AFL star Buddy Franklin, whom she married in 2016