She recently confessed she finally felt confident about her body again, after overhauling her fitness regime when a series of unflattering bikini snaps came to light.

And Jess Wright, 32, proudly displayed her gym-honed figure as she shared a sizzling new selfie via Instagram on Sunday.

Stripping down to just a black sports bra and a pair of dark-pink tracksuit bottoms, the former TOWIE star looked sensational as she showed off her washboard abs and enviable cleavage in the sultry snap.

Ab-tastic! Jessica Wright sizzled in a new mirror selfie as she stripped down to a black sports bra and pink tracksuit bottoms to show off her toned abs on Sunday

Seductively gazing into the mirror, the brunette beauty ensured all eyes were on her ample assets, which were almost spilling out of her skimpy black crop top.

Despite her casual ensemble, Jess amped up the glamour with a full face of make-up and allowed her straight dark locks to fall across one shoulder.

Talking to her 1.3 million Instagram followers, Jessica wrote: ‘Sunday feels ✌ enjoying a well deserved rest day before back to the grind tomorrow.’ 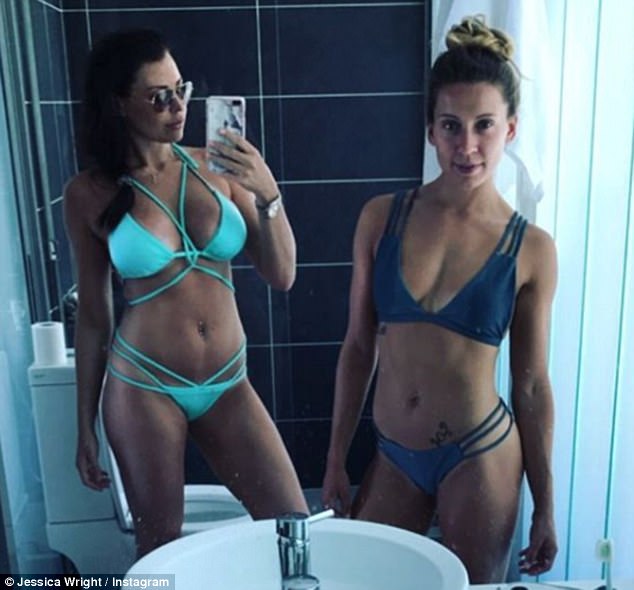 Smokin’ hot! Jess regularly flaunts the results of her gruelling fitness regime in an array of scantily-clad selfies

Jess has previously spoken with MailOnline about her fitness journey, where she admitted: ‘I have struggled with my weight and fitness regime for my entire life.

‘I had a lack of motivation and determination which made me feel like I never achieved my true fitness potential.’

The reality TV star recently revealed she was inspired to get in shape by unflattering photos of her taken during a trip to Las Vegas, telling ITV’s Lorraine last year: ‘I felt awful when it happened. All these pictures came out and I was devastated.’ 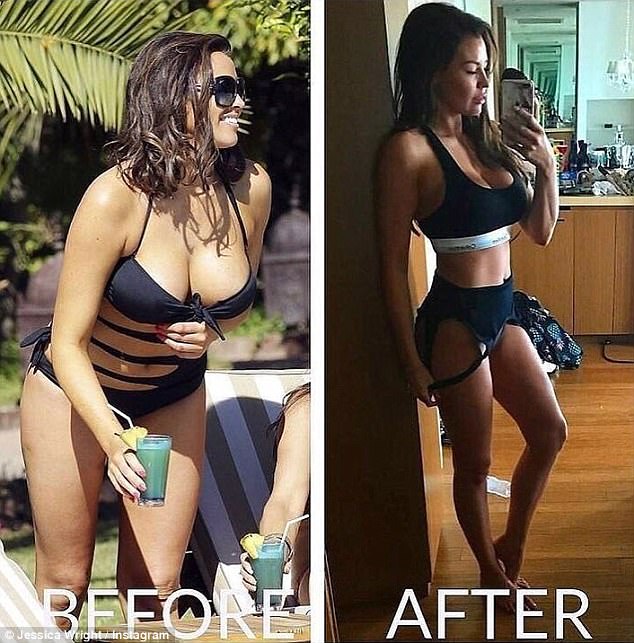 Transformed: She embarked on a lifestyle overhaul after cruel body-shamers mocked pictures of her in a bikini (left)

The new couple have remained largely private about their romance until earlier this year were recently spotted enjoyed a cosy dinner date in London.

The couple finally confirmed months of dating rumours by posting a smitten social media snap on Valentine’s Day before they declared their love by sharing a throwback snap from New Year’s Eve.

The beauty looked utterly besotted as she giggled away while Giovanni planted a tender kiss on her lips. Jessica captioned the shot: ‘#tbt #newyears’.

Jessica and Giovanni – who previously dated his Strictly Come Dancing partner Georgia May Foote, 27 – are believed to have got together around December time. 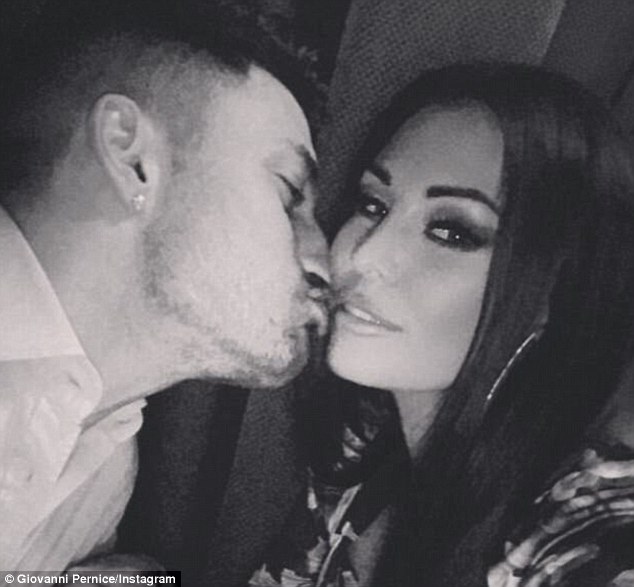