Jesse Lingard opens up on his Manchester United struggles this season

‘I was lost as a player and person’: Jesse Lingard opens up on his Manchester United struggles this season as he vows to work ‘harder than ever’ to return to his best form

Jesse Lingard has revealed how becoming ‘lost as a player and a person’ led to him enduring a poor campaign on the fringes of the Manchester United squad.

Despite the Red Devils continuing to improve under Ole Gunnar Solskjaer, having finished third in the Premier League to earn a return to the Champions League, Lingard struggled to make an impact.

The midfielder made just nine league starts for United, but came off the bench on Sunday to score his first goal of the campaign in the 2-0 win over Leicester City with effectively the last kick of the season.

But it has proven to be a tough year for the 27-year-old who revealed to Sportsmail back in December that he had to take greater care of his siblings after his mother had fallen ill.

The added responsibilities has led to Lingard reassessing himself as he opened up on his tough campaign on Instagram.

He said: ‘This season has been difficult for so many reasons. I lost who I was as a player and person, but I never wanted to give up, I knew who I really was on and off the pitch and knew that having been there before I could get there again.

‘This meant working harder than I’d ever done before and trusting in those around me that they knew how to best help me achieve that.’

Lingard added in his interview that he was on his ‘last chance’ under Ole Gunnar Solskjaer following a crude social media post last summer and that he has been trying to get back to his best this term.

He also acknowledged the frustration of United supporters in his social media post, insisting he doing all he can to return to his previous best, which included him playing a starring role in England’s march towards the 2018 World Cup semi-finals.

‘I know the fans have been frustrated, he added. ‘But in all this time my love for this club and everyone connected to it has never left me. This team, this club is my family and I will continue to keep working harder than ever to help this team achieve its goals. 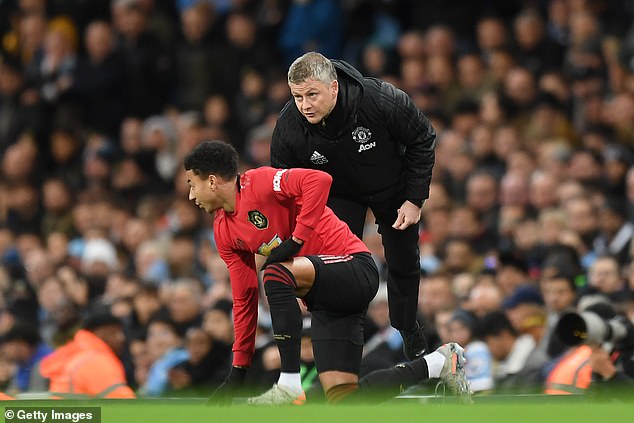