Jessica Mulroney and family arrive in Toronto after royal wedding

Meghan Markle’s best friend Jessica Mulroney and her family have arrived back home in Toronto after attending the royal wedding.

Casually dressed and juggling a trolley laden with luggage, the fashion stylist was spotted at Toronto Pearson Airport on Tuesday with her husband Benedict Mulroney, her daughter and twin sons.

The Canadian mother of three was seen glued to her phone while chatting with her children at the pick up area of the airport.

Her sons – seven-year-old John and Brian – were page boys for Meghan and had the honor of carrying the train of her dress down the aisle. Her daughter was a bridesmaid at the wedding. 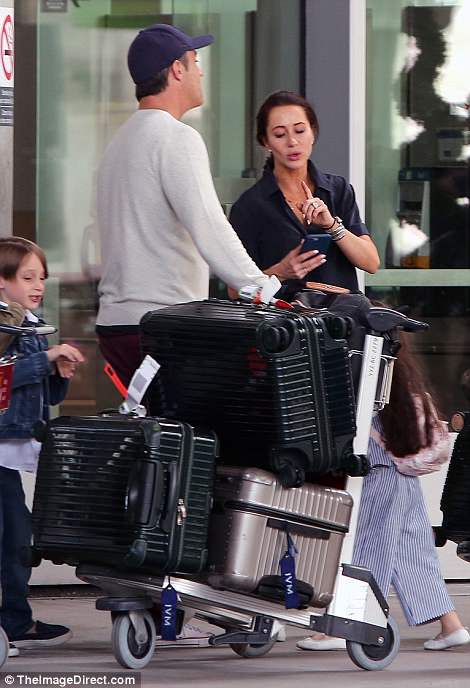 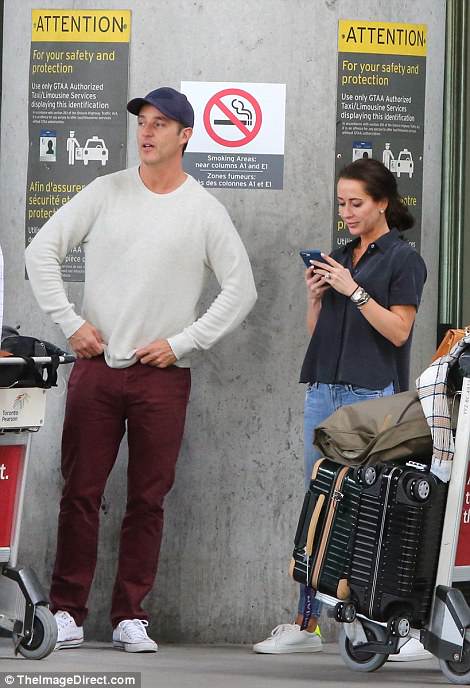 Fairy-tale is over and she’s checking her phone: Jessica Mulroney arrives at Heathrow with husband Ben and their children 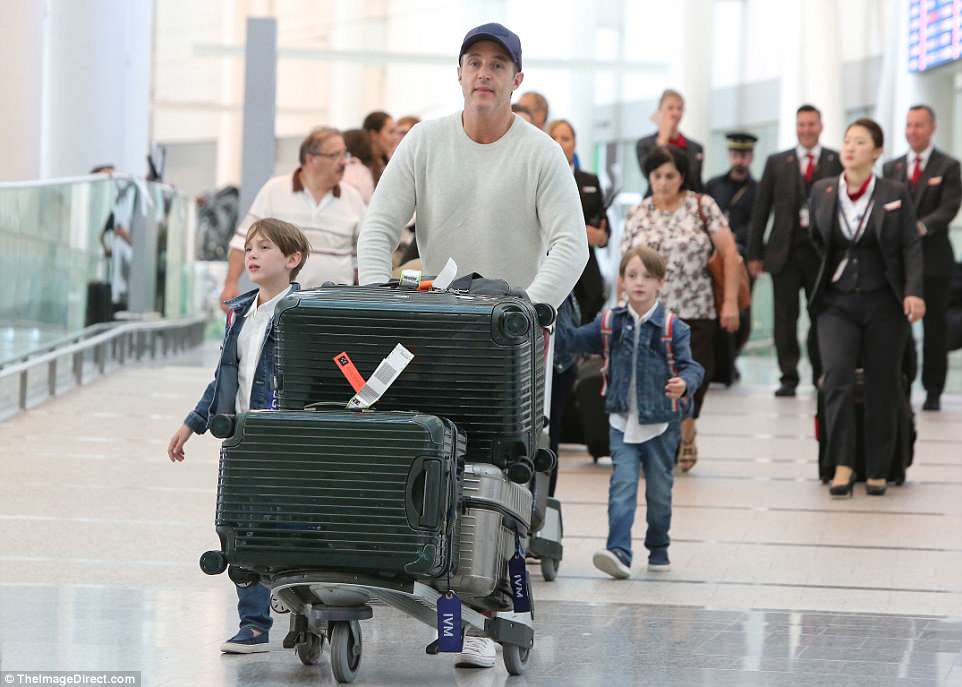 She is also credited by many as the brains behind Meghan’s transformation from television actress to polished princess in waiting.

It is largely thanks to their flourishing friendship that American-born Meghan, who relocated to Canada while filming the television series Suits, found herself moving through the kind of high-powered social circles that ultimately led her to Harry’s side. 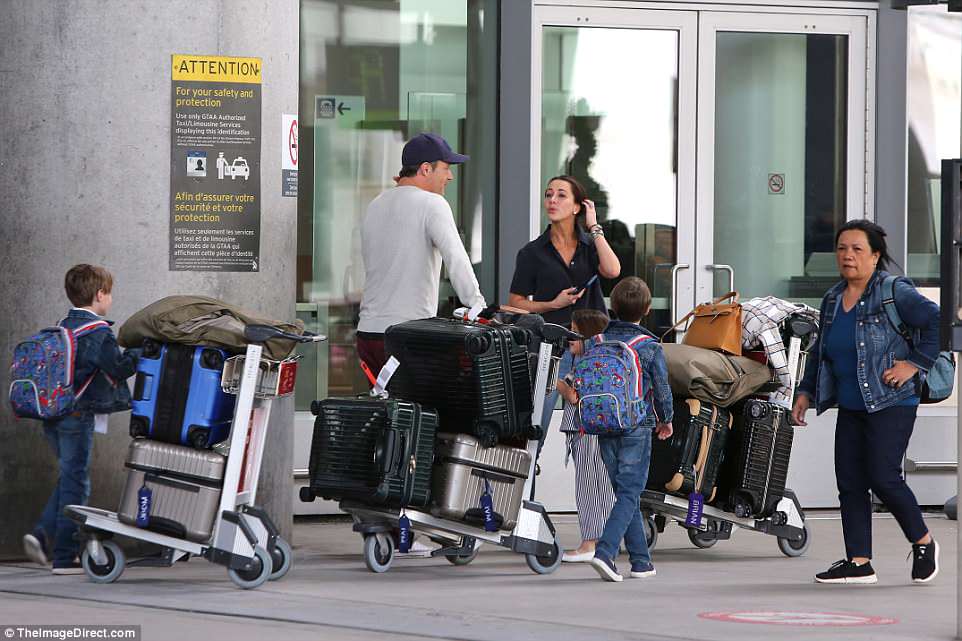 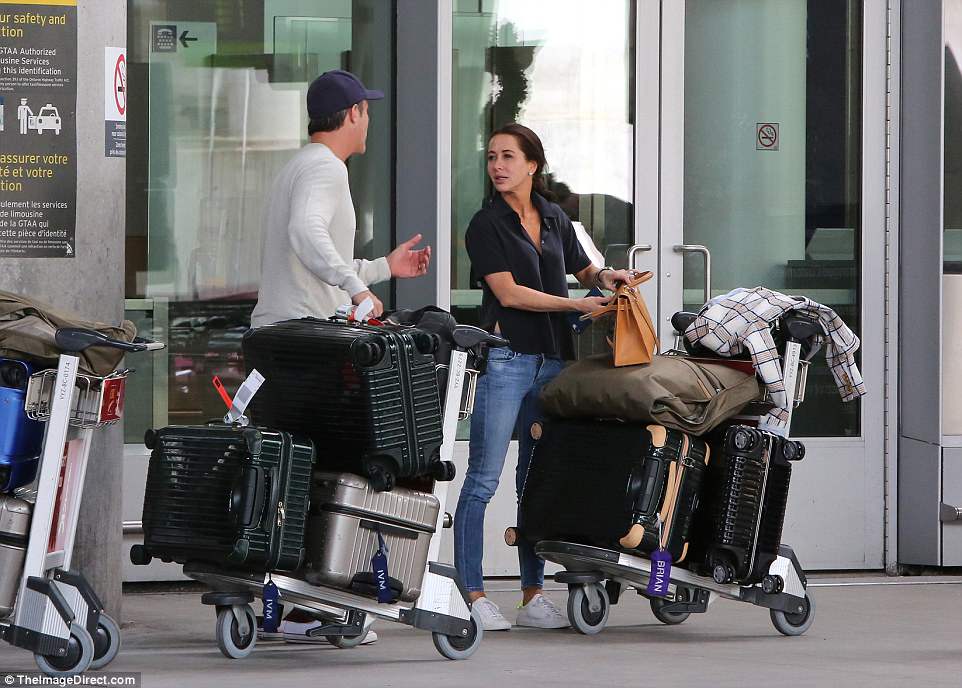 Casually dressed and juggling a trolley laden with luggage, the Canadian fashion icon was spotted at Toronto Pearson Airport 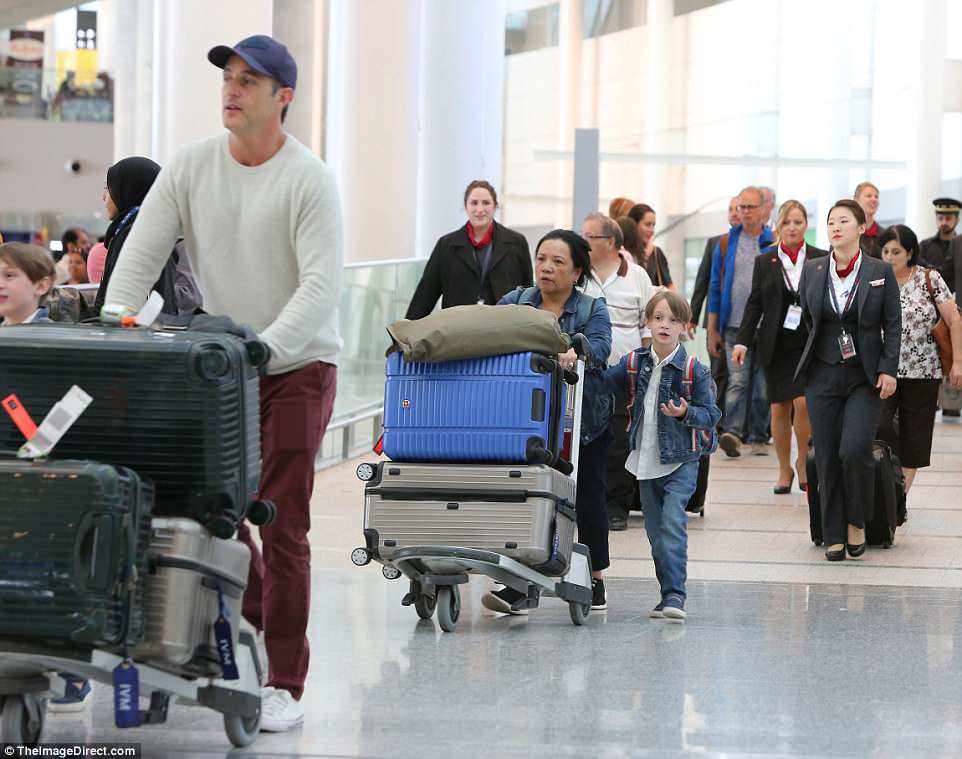 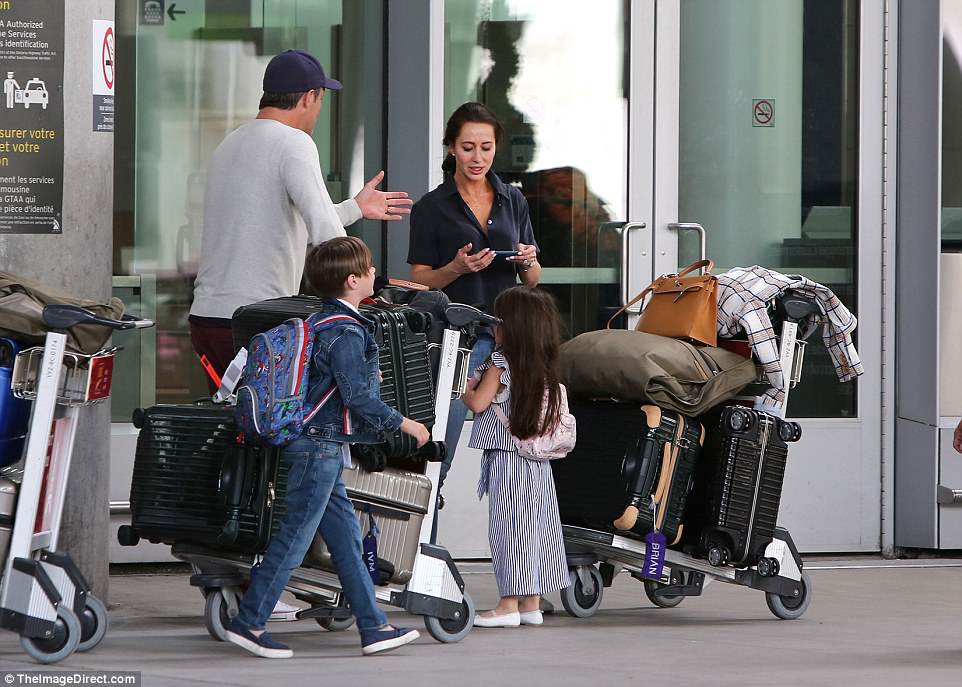 Meghan and Jessica are now so close that it is sometimes hard to tell them apart.

Not for nothing is Mulroney known as the ‘Gwyneth Paltrow of Toronto’.

Born into Canada’s wealthy Browns shoes dynasty, a family empire worth a reported £50 million, the privately educated heiress is married to Ben Mulroney, son of the former Canadian Prime Minister Brian Mulroney — and firm friends with the wife of the current one.

They met in 2011, not long after Meghan arrived in Toronto where Suits was filmed. 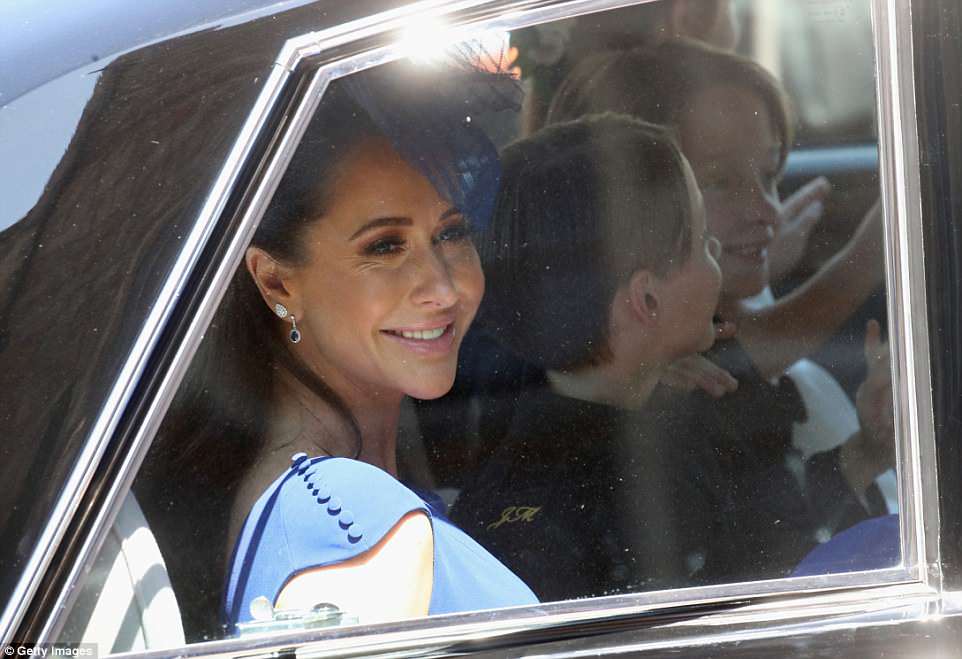 Mulroney arriving at the royal wedding at St George’s Chapel, Windsor Castle. The Canadian fashion stylist met Meghan in Toronto not long after she arrived to film Suits 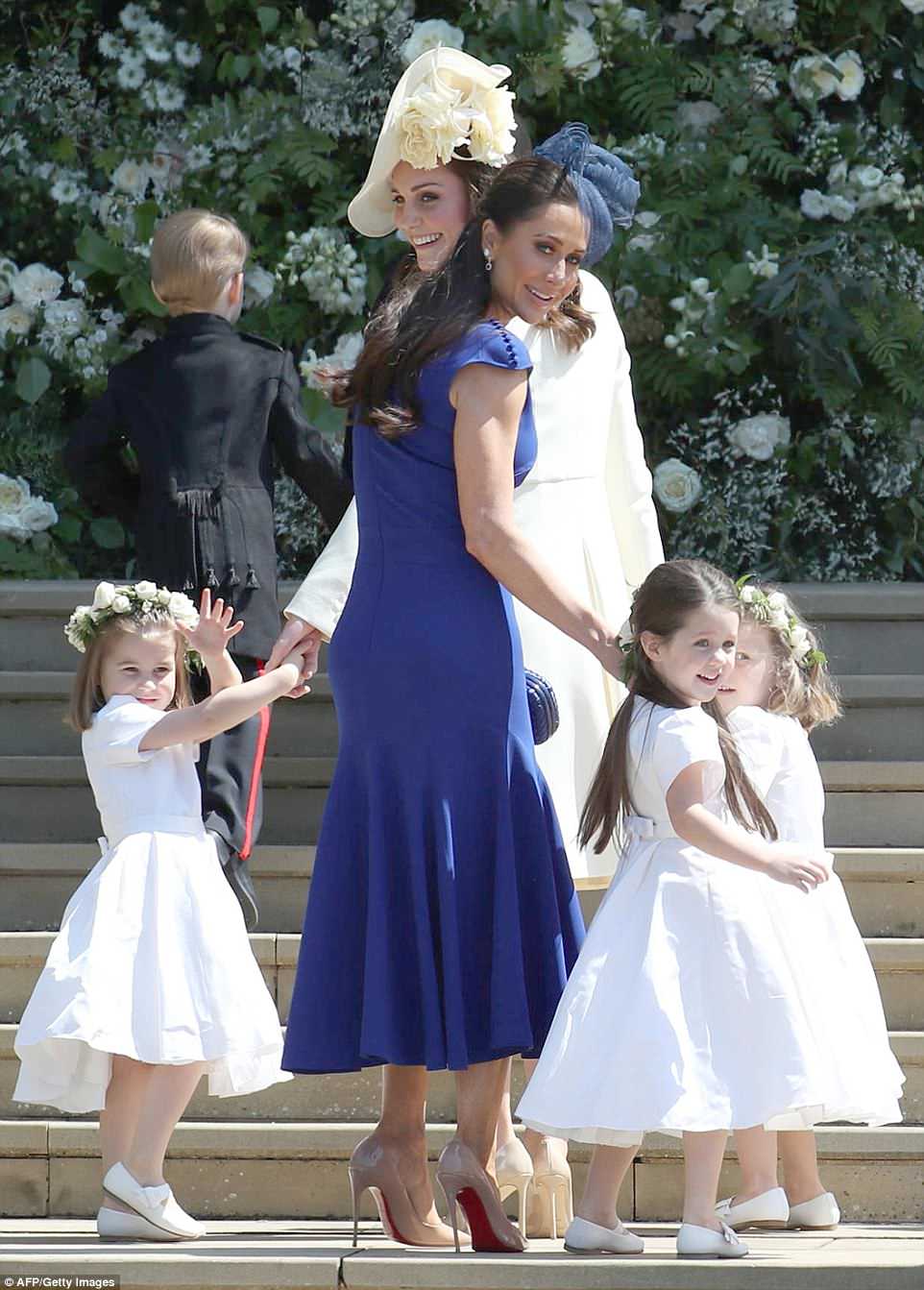 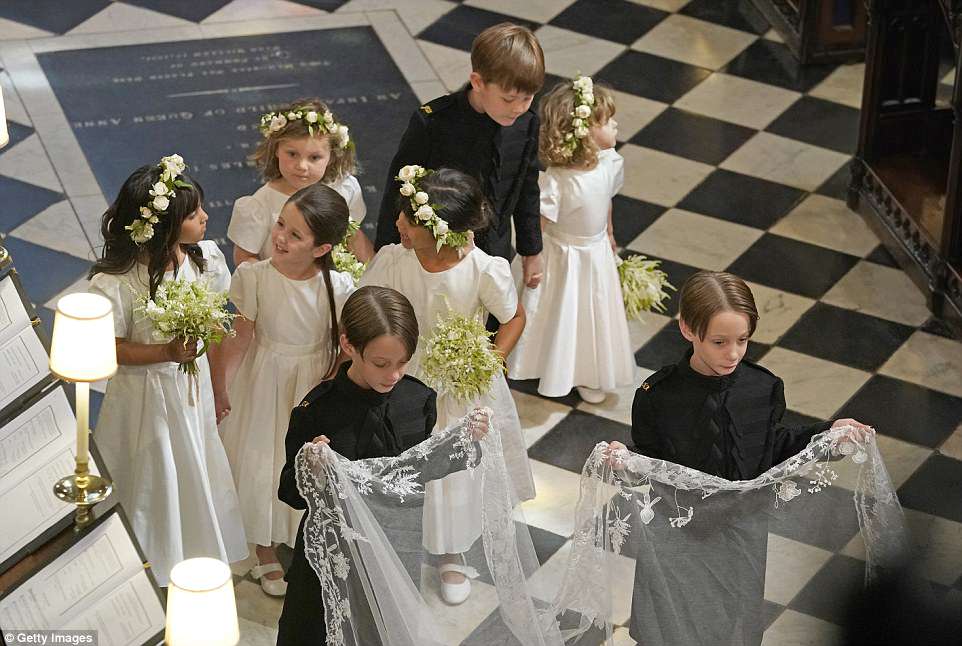 Her sons – seven-year-old John and Brian – were page boys for Meghan and had the honor of carrying the train of her dress down the aisle. Her daughter (second left) was a bridesmaid at the wedding. 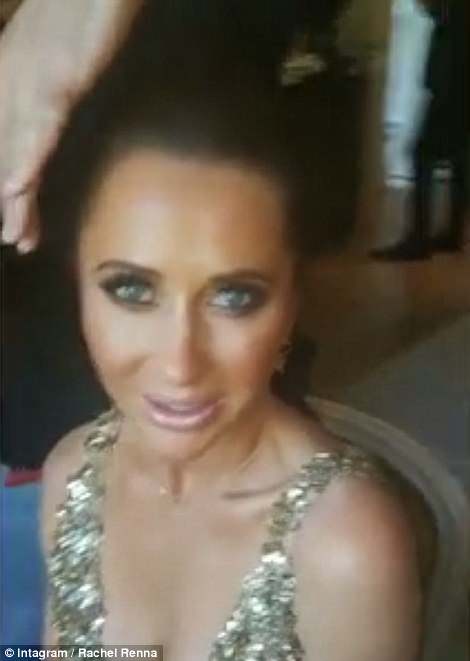 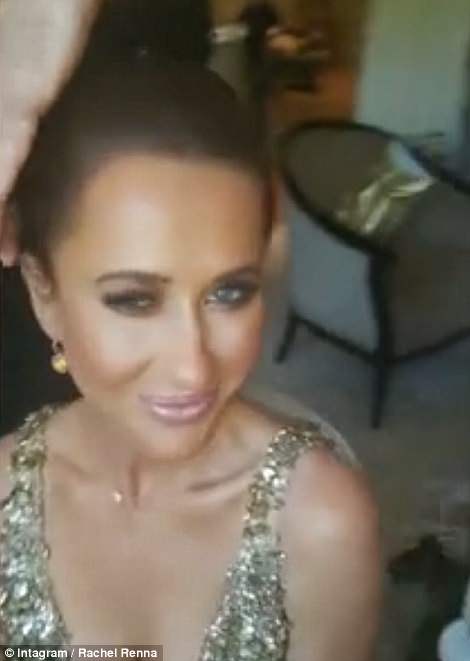 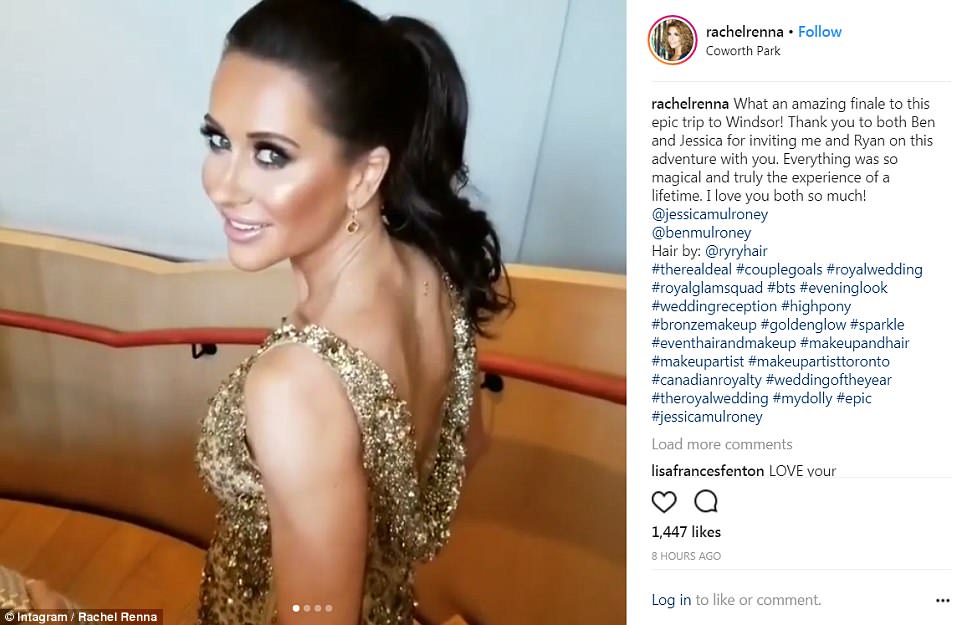 The Mail understands that Meghan initially employed Mulroney as a fashion stylist after she shot to fame as ambitious paralegal Rachel Zane.

The pair bonded over their love of yoga, dogs, expensive red wine, healthy eating, work-outs and charity work. What began as a professional relationship swiftly turned to a deep and lasting friendship.

Mulroney also raised eyebrows by having her stylist Rachel Renna share pictures of her outfit, a gold embellished cowl-back dress, for the exclusive after-party.

It was her second outfit of the day after she wore an elegant royal blue dress at the ceremony itself, accessorizing the ensemble with classic nude pumps.