She’s the outgoing TV personality who lights up the small screen co-hosting Studio 10.

And on Wednesday, Jessica Rowe was spotted enjoying a tasty treat of Messina ice-cream in Bondi Beach.

The 47-year-old wore an eye-catching jacket emblazoned with a cat pattern as she devoured the dessert in a waffle cone.

What a sweet treat! Studio 10’s Jessica Rowe REALLY enjoys a scoop of Messina ice-cream as she steps out in Bondi wearing a patterned cat jacket

Jessica, who has had an impressive career in TV, was indulging in a well deserved treat after a Pilates session with friends, and had teamed her head-turning jacket with black activewear tights.

Jessica’s makeup application was flawless, with the Network Ten star opting for a bold eye with a strong lashing of black eyeliner and what appeared to be false lashes. 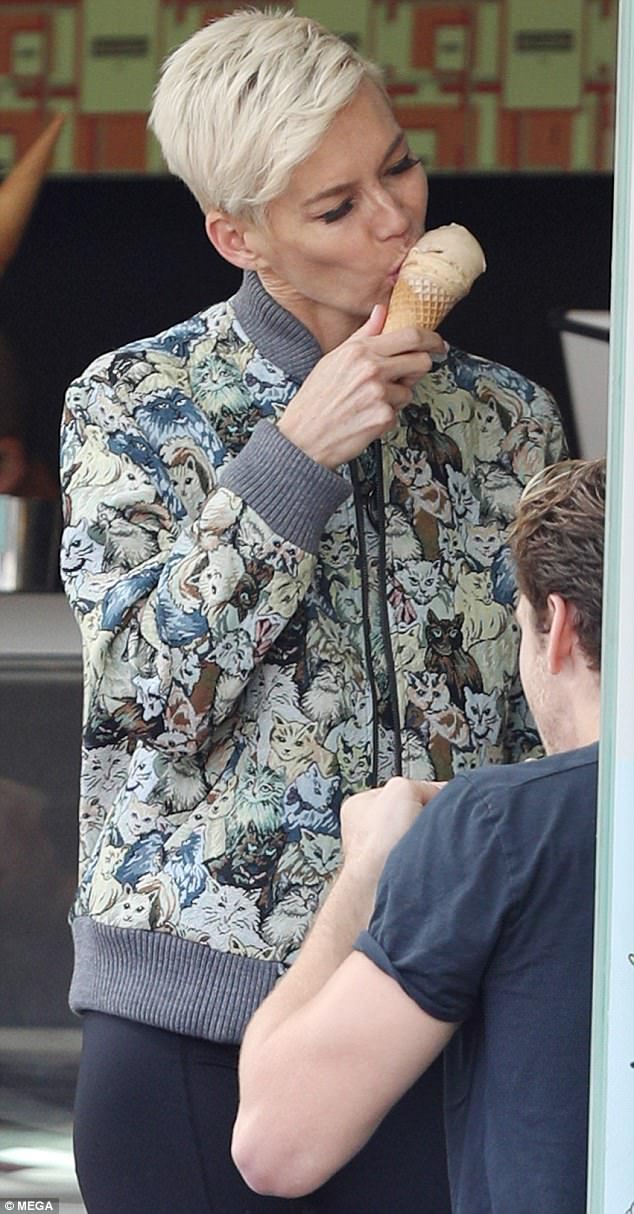 Frozen delight! The 47-year-old wore an eye-catching jacket emblazoned with a cat pattern as she devoured the dessert in a waffle cone

Post-workout reward: Rocking her trademark blonde pixie cut, the ageless star looked intently focused on her ice-cream as she enjoyed the treat

Earlier this week, Jessica had admitted to feeling ‘lost’ during a tough period of her life when she thought her TV opportunities had dried up.

Speaking to TV WEEK magazine, she confessed: ‘I couldn’t get a job, and I really despaired for a while.’

The mum-of-two added: ‘That coincided with having postnatal depression and it was a really difficult time.’ 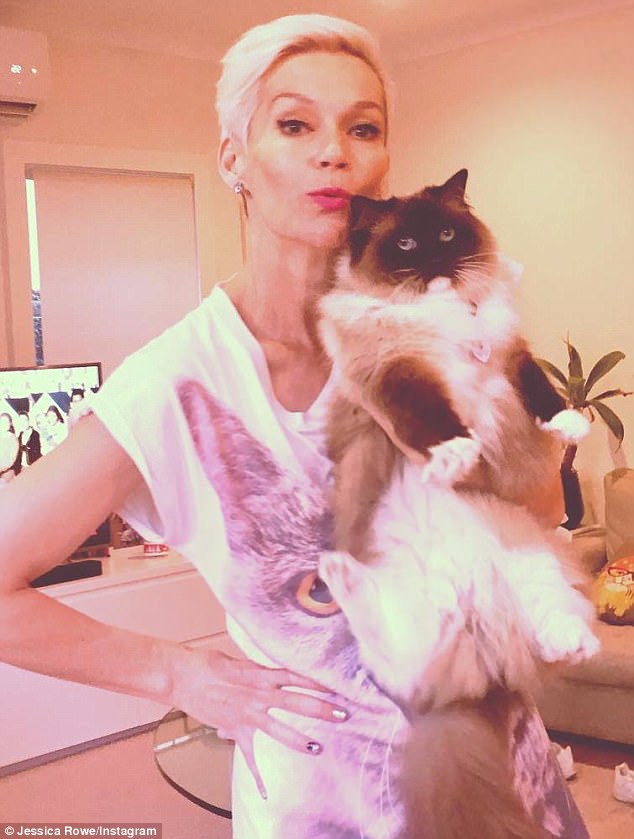 ‘I really despaired for a while’: Earlier this week Jessica opened up to TV WEEK about the tough time she experienced when she thought her TV work had dried up

Never one to hold back, Jessica has also been candid in the past about her penchant for Botox.

She previously explained to The Daily Telegraph she regularly has Botox injected in her face has been going for top-ups every four to six months since she was 35.

‘I’m vain, I’ll own that. Yes, it is vain of me to do this but I do it because I feel better about myself and I’m a big believer in being honest to people,’ she said. 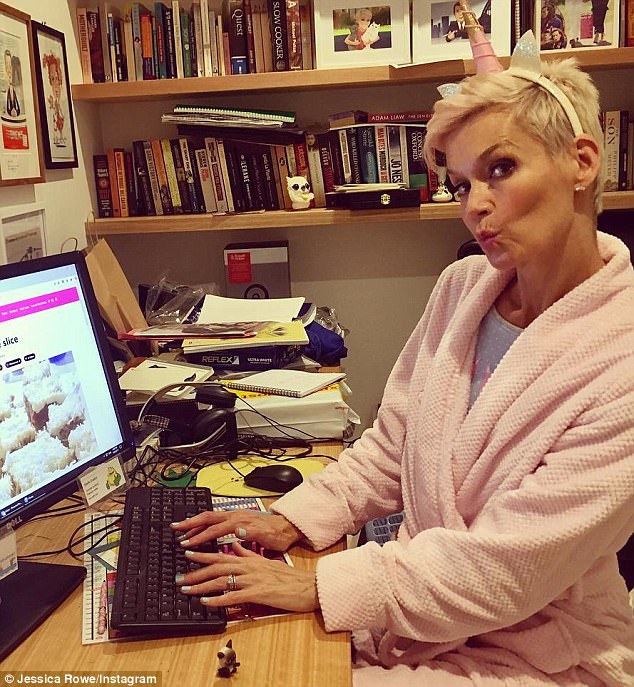 ‘I’m vain, I’ll own that’ The TV personality also previously revealed to The Daily Telegraph that she had been getting Botox injections regularly since she was 35