In a bombshell interview with Woman’s Day on Monday, Melinda Mackenzie claimed Jessika’s behaviour was ‘out of line’ when she left Mick for fellow groom Daniel Webb.

‘My jaw just dropped,’ said the 48-year-old former drug addict and alcoholic. ‘I couldn’t believe what I was watching. As soon as I saw her make a move on Dan, I knew it was all over for Mick.’

Feud: Jessika Power’s mother Melinda Mackenzie (pictured) is ashamed by her daughter’s behaviour on Married At First Sight and felt suicidal after not being invited to the wedding

Melinda explained that while she felt sorry for Mick, she always ‘knew where [Jessika’s] behaviour was going to go’.

She even contacted the Queensland-based farmer to apologise on her daughter’s behalf, adding: ‘He was genuinely grateful to hear from me.’

In a bizarre admission, Melinda then claimed that she would have been better suited for Mick, saying: ‘If they ever did a proper Married At First Sight without the ‘bulls**t, I’d be a 98 per cent match to him.’ 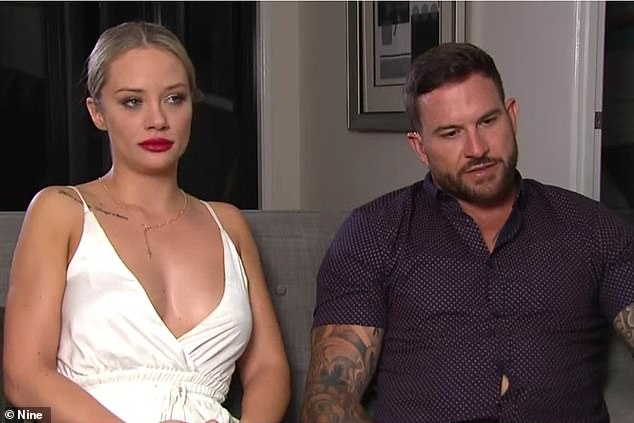 Shame: In an interview with Woman’s Day on Monday, Melinda Mackenzie claimed Jessika’s behaviour was ‘out of line’ when she left Mick Gould for fellow groom Daniel Webb (right)

Melinda also took the opportunity to deny what she claims are ‘untruths’ about her relationship with her daughter.

She told Woman’s Day that, contrary to previous reports, Jessika had a happy childhood and was not ‘forced to raise her younger siblings’.

Furthermore, Melinda denies that her sister Rebecca ‘raised’ Jessika and her brother Rhyce, saying that she looked after her own children except for when she was recovering from drug and alcohol addiction.

Rebecca has denied this is the case, however, telling Daily Mail Australia that she is ‘gobsmacked’ any publication would buy an article from Melinda. 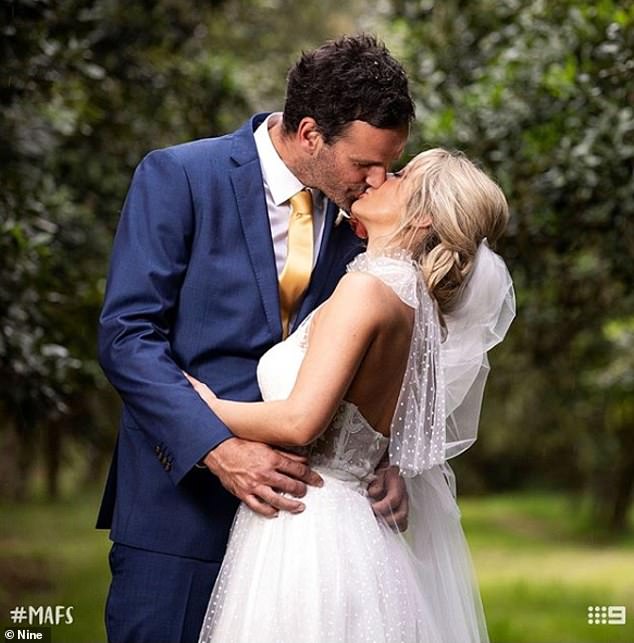 Having her say: Melinda, who is a former drug addict and alcoholic, said she ‘couldn’t believe it’ when her daughter cheated on Mick (pictured on their wedding day) with Dan

While she still loves her daughter and insists they are not ‘estranged’, Melinda claims their relationship won’t improve until Jessika ‘apologises for the way she has treated’ her.

Jessika disputes ‘all’ of her mother’s claims to Woman’s Day, telling Daily Mail Australia: ‘She has absolutely no place in my life and will say anything for money.’

She added: ‘My mum is 100 per cent doing this [speaking to the media] for money. She hasn’t been a part of my life for four years. She is nothing but a horrible, nasty stain in the world.

‘My aunt brought me up. I have so much love in my life from my auntie, my two dads [her biological father and stepfather] and siblings. I don’t need her.’ 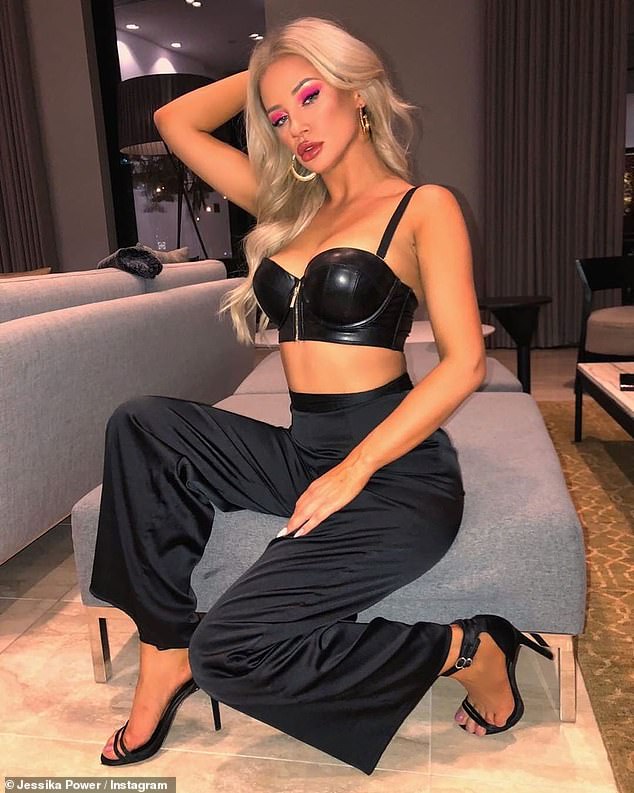 Shocked: Melinda’s tell-all interview with Woman’s Day comes after Jessika (pictured) revealed that she was ‘devastated and inconsolable’ to learn her mother had sold a story to the press

The tell-all interview comes after Jessika revealed earlier this month that she was ‘devastated and inconsolable’ to learn Melinda had sold a story to the press.

In a lengthy Instagram post, she said that ‘nothing could have prepared her’ for her mother’s betrayal.

‘So this week I had my very own mother try to sell a story about me,’ she wrote.

‘I’ve remained silent on why she isn’t in my life out of the small shred of respect I had left for her and our relationship. As you can imagine I was completely devastated and inconsolable after hearing what she had done.

‘This year has been a massive emotional roller-coaster for me but nothing could have prepared me for this.’

Jessika then urged her followers to be ‘kinder’ to people, adding: ‘You never truly know [what] someone else could be going through.’ 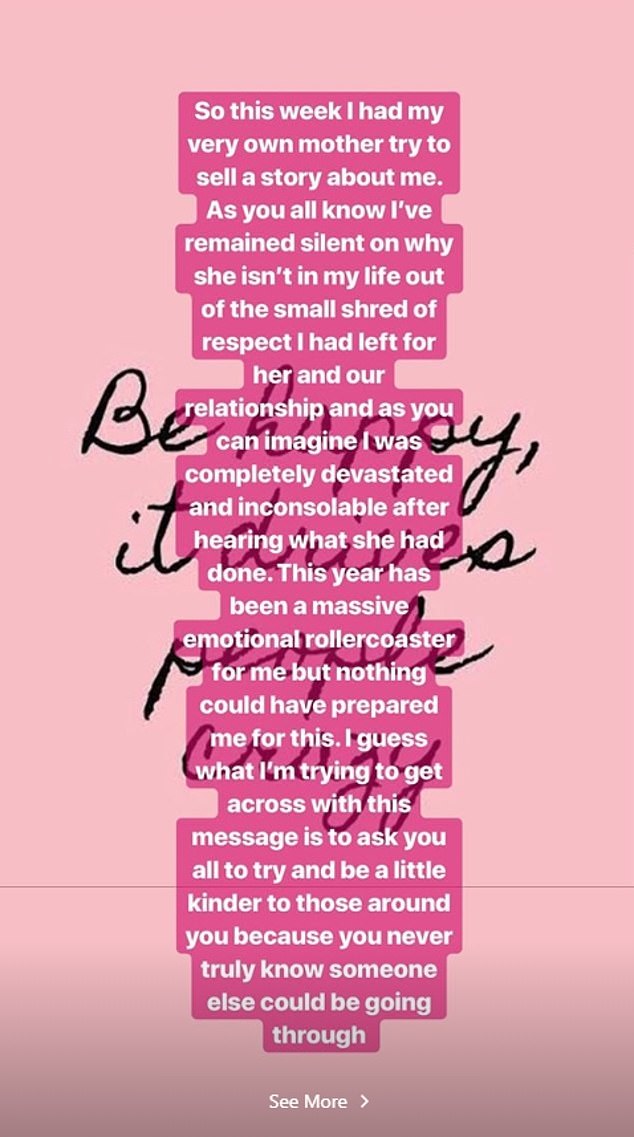 Hurt: In a lengthy Instagram post earlier this month, Jessika said that ‘nothing could have prepared her’ for her mother’s betrayal

Jessika’s relationship with her mother has been strained for years, and it has been previously claimed she was raised by her aunt Rebecca – which Melinda denies.

Rebecca was there when Jessika ‘married’ Mick Gould on MAFS, accompanied by the bride’s father Troy Power and her older brother Rhyce.

Melinda was not invited, telling Woman’s Day that Jessika and the whole family – including Melinda’s own mother – kept her involvement in the show a secret from her. 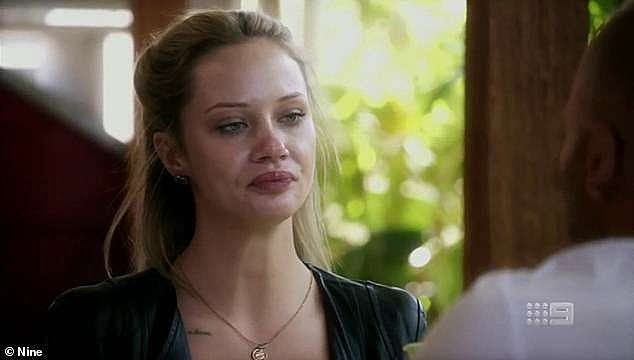 Heartbreaking family feud: Jessika’s relationship with her mother has been strained for years

Melinda claimed this was a ‘betrayal’ for which she will never forgive her daughter, and that it even drove her to thoughts of suicide.

In an interview with Yahoo! Lifestyle earlier this month, Melinda claimed she wasn’t invited to the televised wedding because Jessika was ’embarrassed’ by her.

‘That affected me more than anything because I would have wanted nothing more than to see my daughter walk down the aisle,’ Melinda said. 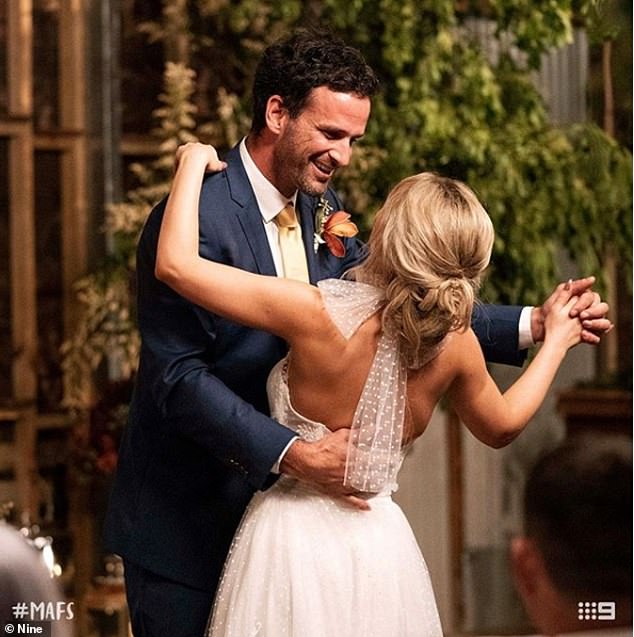 Slanging match: In an interview with Yahoo! earlier this month, Melinda claimed she wasn’t invited to her daughter’s TV wedding (pictured) because Jessika was ’embarrassed’ by her

Jessika, who has refrained from discussing her mother publicly, responded to the Yahoo interview at the time by saying she would ‘never’ have invited Melinda to her wedding.

She explained that her mother’s battle with alcohol and drugs was to blame for their strained relationship.

‘My mother [while I was growing up] was a drug addict,’ Jessika said. ‘I helped her, the whole family helped her through it.’

Melinda acknowledges she has struggled with addiction and relapse in the past.

Jessika became one of MAFS’ most controversial participants after she embarked on an affair with Dan Webb while still ‘married’ to Mick on the show. 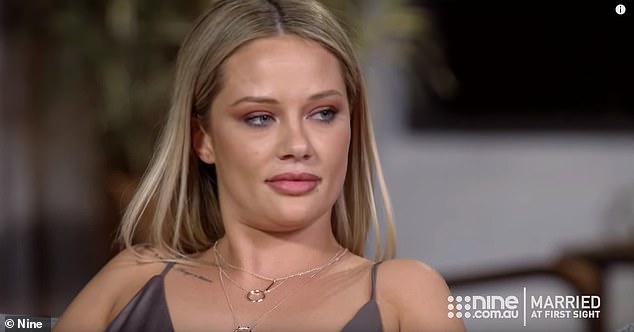 Notorious: Jessika became one of MAFS’ most controversial participants after she embarked on an affair with Dan Webb while still ‘married’ to Mick Gould on the show