Jet skiers are slammed after horrified witness films them ‘chasing down’ dolphins at a popular beach: ‘Absolutely disgusting’

Two jet skiers have been vilified after they appeared to drive ‘back and forth’ right next to dolphins, flouting environmental laws that protect the vulnerable species.

Vision of the men, which showed them riding within two metres of the marine mammals in Port Phillip Bay on the Mornington Peninsula in Melbourne, was posted to social media this week.

Jet skis are supposed to maintain a 300-metre distance from sea mammals, according to the Victoria’s Department of Energy, Environment and Climate Action (DEECA).

Social media commenters blasted the act as ‘absolutely disgusting’ but said they had seen similar behaviour in the bay before ‘where vessels repeatedly chase dolphins’.

Photographer Jessica Beckham took the video which showed a tattooed man driving the black and yellow jet ski with a bearded man piggybacking behind as they awkwardly navigated the waters.

The ‘erratic’ driver was seen stopping and starting the watercraft as well as accelerating without looking where he was going.

Dolphins were seen jumping out of the water just ahead of the pair as they powered through the surf, pointing at the sea mammals at close range around them.

Ms Beckham said she has spent more than 20 years in the bay area and has seen that ‘absolutely nothing is being done’ to enforce the rules to protect wildlife.

‘These guys on their jet ski were relentless this afternoon driving back and forth over dolphins,’ Ms Beckham said.

‘The speed and erratic behaviour of jet skis on this stretch of beach, which is so important to these critically endangered dolphins, is outrageous.

‘This problem is not getting any better it is a hundred times worse and absolutely nothing is being done. 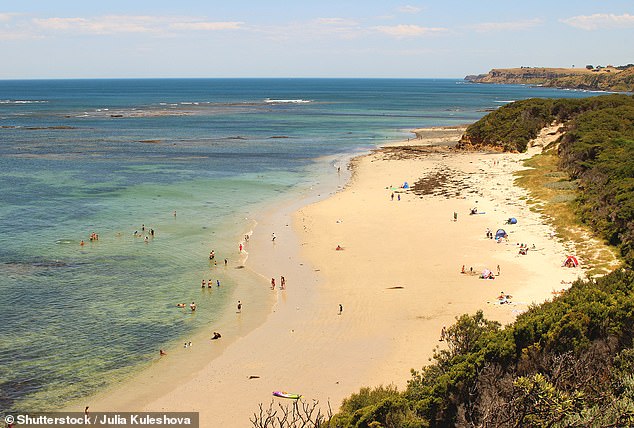 Social media lit up calling out the ‘entitled’ jet ski users and coming up with creative ways to keep troublemakers away.

‘Absolutely disgusting,’ a commenter wrote, while another pointed out the men needed more training on the waters.

‘They look like they don’t even know what they are doing is wrong, it’s too easy to get a boat/jet ski license.’

‘Every summer I contemplate how to lure more sharks to shore to help deal with this problem,’ another quipped.

‘A few shark sightings might keep them out of the water and locals could enjoy some peace and quiet again.’

DEECA was contacted by Daily Mail Australia for comment. 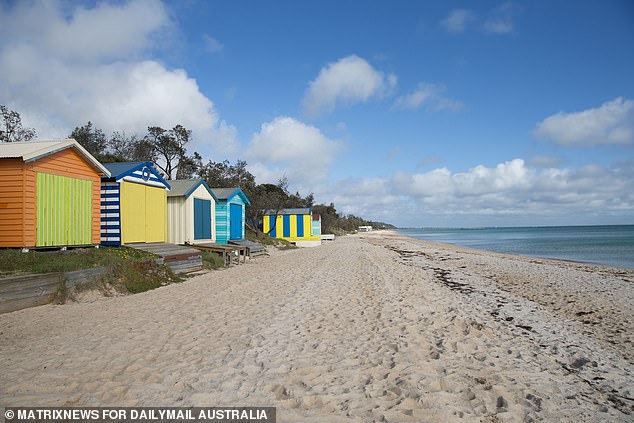 Commenters called for jet skis to be banned from the bay