Jet2 passenger blasts airline after £4.30 chicken and bacon roll arrived with barely ANYTHING inside

Jet2 passenger blasts airline after her £4.30 chicken and bacon roll arrived with barely ANYTHING inside

A Jet2 passenger has blasted the airline after paying £4.30 for a chicken and bacon roll that arrived with barely anything inside.

Tegan Insley said the budget carrier ‘did her dirty’ after she ordered the item on her flight from Birmingham to Marbella in Spain two weeks ago on Monday, June 13.

Have YOU has a worse airline meal?

Email pics and your story to matthew.lodge@mailonline.co.uk

The 20-year-old, who had not eaten for hours, was taken in by images of the tiger bread roll that appeared to have an abundance of fillings.

The menu suggested the delicious looking item would have a layer of chicken, bacon and mixed lead salad, as well as spring onion.

However, Ms Insley claims she was left disappointed after being handed a roll with no meat inside, with the only filling being mayonnaise and a sprinkle of salad.

Images show the insurance worker’s roll laying on the plane’s pull down table looking nothing like the advertised images.

Ms Insley said she ended up filling her roll with Pringles instead.

She posted a video about her disappointing meal on TikTok yesterday, writing: ‘Jet2 did us dirty with our food on the plane, please explain this.’ 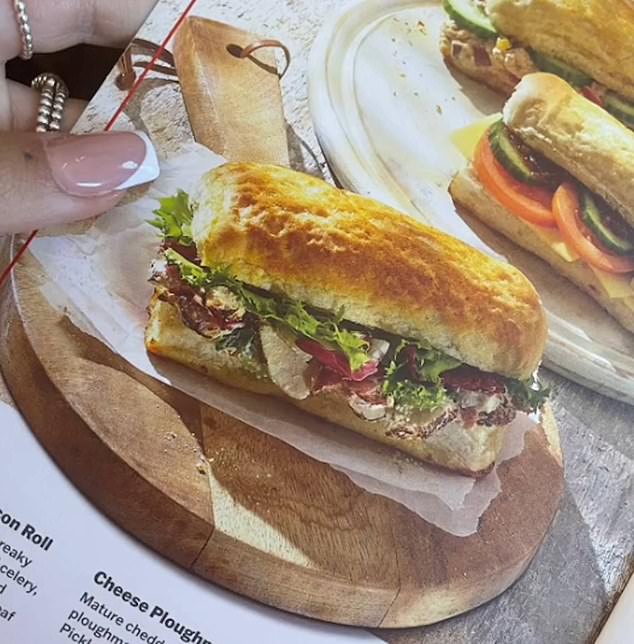 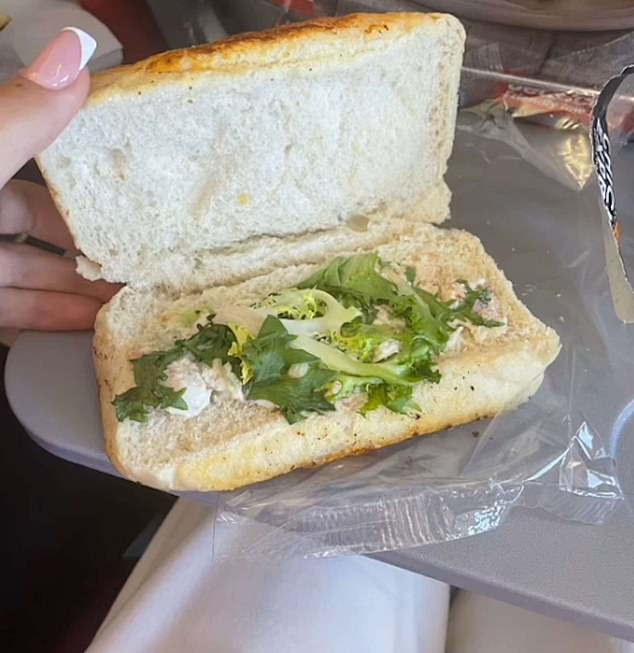 The post has now collected over 1.7million views and more than 94,000 likes.

Over 500 comments were left on the clip from viewers who claimed they also had bad experiences with airline food.

One said: ‘Surely not this must be a joke?!’

Another wrote: ‘They can’t get it right all the time. Still the best airline about atm in terms of queue time, flight take off time etc.’

And another viewer commented: ‘That’s a violation.’

Ms Insley said: ‘We hadn’t eaten in five hours due to the check in/security queues so ended up shoving a tube of Pringles in the bread because we were so hungry.

‘They had no toasties.’ 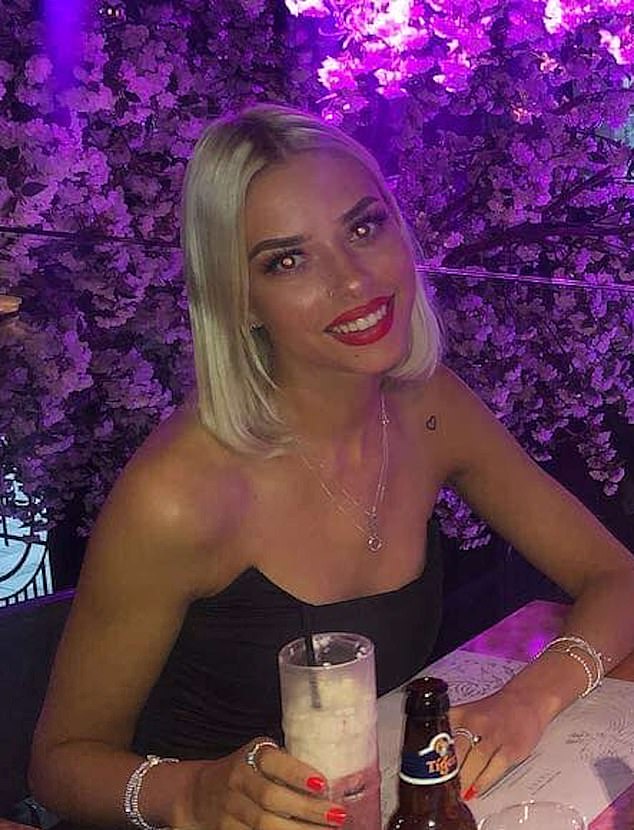 Speaking today a Jet2 spokesperson said: ‘We’re proud to deliver an award-winning experience from the moment people start their holidays with us, including our in-flight food and drinks.

‘Our in-flight meals consistently receive great feedback from customers, we’d like to apologise to the customer for any inconvenience caused on this isolated occasion. We will look into this with our supplier.’