A plane packed with passengers was briefly delayed due to a broken dust cover on a window, with engineers seen boarding the flight with a roll of tape.

Technicians for budget airline Jetstar were called onto flight JQ515 to examine the passenger window prior to take off from Sydney to Melbourne on Friday morning. 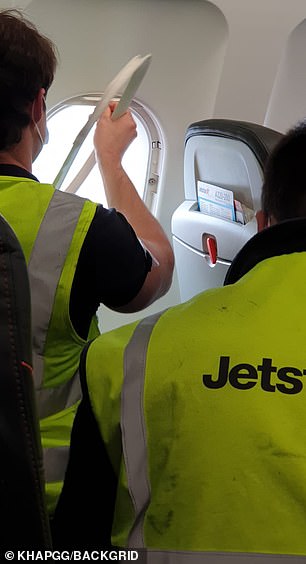 An issue with a window cover delayed flight JQ515 from taking off on Friday morning. Pictured are Jetstar maintenance crew inspecting the problem

Passengers said the plane was delayed in Sydney before leaving 20 minutes behind schedule at 9.44am, which is confirmed by flight tracking data.

The flight arrived at Melbourne’s Tullamarine Airport on time shortly before 11am.

A Jetstar spokesman told Daily Mail Australia the photos show the issue appears to be with an internal dust cover, which has ‘absolutely no impact on aircraft pressurisation.’

Jetstar says the issue with window cover (pictured), which has had ‘absolutely no impact on aircraft pressurisation’ 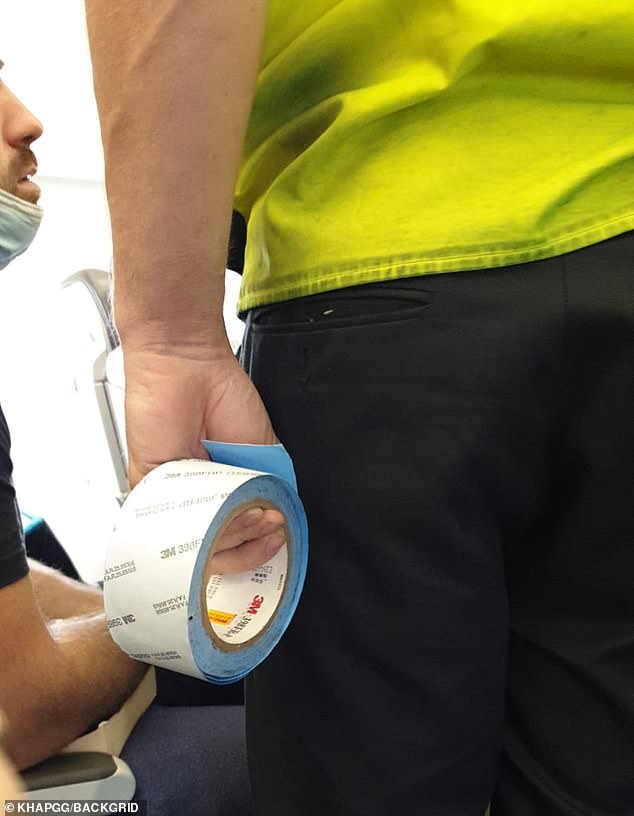 ‘A window dust cover (internal panel) became loose on a flight to Melbourne this morning,’ the spokesperson said.

‘The part presented no damage upon inspection and was reinstalled by engineers this morning in Melbourne.

‘The part shown in these photos is not an aircraft window. It’s a dust cover that sits in front of the window.’

Domestic airfare prices have plummeted in recent weeks in the wake of recent easing of travel restrictions caused by the coronavirus pandemic.

Australians are free to travel across all interstate borders without the need to quarantine for the first time in 12 months after Western Australia reopened its borders to Victorians on Monday. 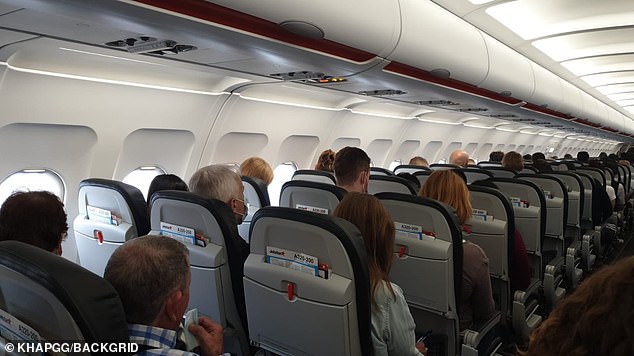 Flight JQ515 from Sydney arrived in Melbourne on time. Pictured is the packed plane prior to take off on Friday morning