A Queensland driver has been jailed for six years after causing an accident which killed his best friend and left another friend with permanent brain damage.

Jett Morris, 19, was under the influence of drugs and alcohol before he got behind the wheel of his ute at Point Cartwright on January 6, 2017.

Morris pleaded guilty at Maroochydore District Court on Monday to one count of the dangerous operation of a vehicle causing death and one count of causing grievous bodily harm while adversely affected by an intoxicating substance, the Sunshine Coast Daily reported. 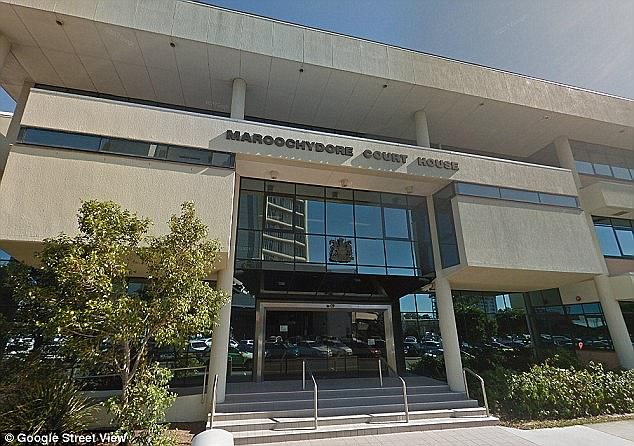 He pleaded guilty at Maroochydore District Court (pictured) on Monday and will be eligible for parole on March 26, 2020

His two friends, Bailey Sibraa, 19 and Josh Harrison, who was also 19 at the time (now 20), were in the car with Morris.

Bailey was sat in the left passenger side and Josh sat in the middle, and they were joined with another group of friends in a separate car to grab food after a day of drinking.

CCTV footage from the street captured Morris’s car driving on the wrong side of the road attempting to overtake his friends at an intersection.

Morris failed to overtake his friends and drove back to the correct side of the road but hit the curb in the process before he lost control of the car and smashed into a tree which instantly killed Bailey just after 7pm.

The court heard the most damaged part of the ute was where Bailey had been sitting and that Morris did not try and brake the car.