Libya’s ancient city of Sabratha, on the Mediterranean coast, is an awe-inspiring sight but it has been classed as “endangered” by UNESCO

Perched on the edge of Libya’s Mediterranean coast, the ancient city of Sabratha remains an awe-inspiring spectacle, the pink columns of its amphitheatre towering above turquoise waters.

But the world heritage site is classed as “endangered” by UNESCO, its majestic structures pockmarked by mortar and small arms fire.

Locals say snipers positioned themselves at the top of the amphitheatre, once a jewel of the Roman Empire.

Bringing bloodshed back to the gladiatorial arena some 18 centuries after it was built, 39 people were killed and 300 wounded in the fighting.

Today, the site around 70 kilometres (45 miles) from the capital lies eerily abandoned, encircled by parched grass and weeds. 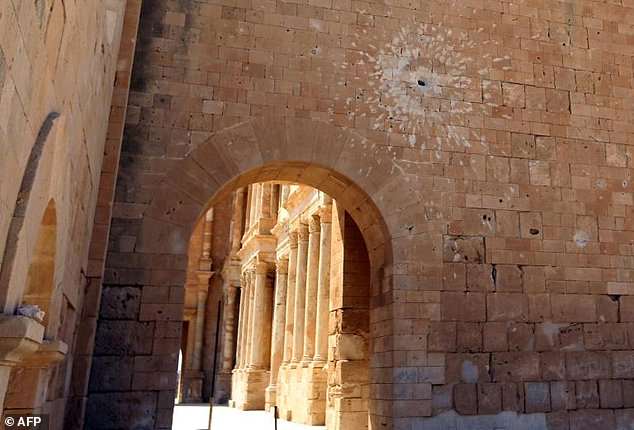 Since the toppling and killing of Libya’s dictator Moamer Kadhafi in a 2011 uprising, Sabratha has become a key departure point for illegal migration.

Smugglers and militias have profited amply from a chronic security vacuum.

It is from the long and deserted shores a few kilometres (miles) from ancient Sabratha that most migrants start their perilous boat journeys towards Europe.

UNESCO declared Sabratha to be at risk in July 2016, along with four other Libyan sites on its World Heritage list.

The UN’s cultural organisation based its decision on two factors — “damage already caused” and vulnerability to future destruction. 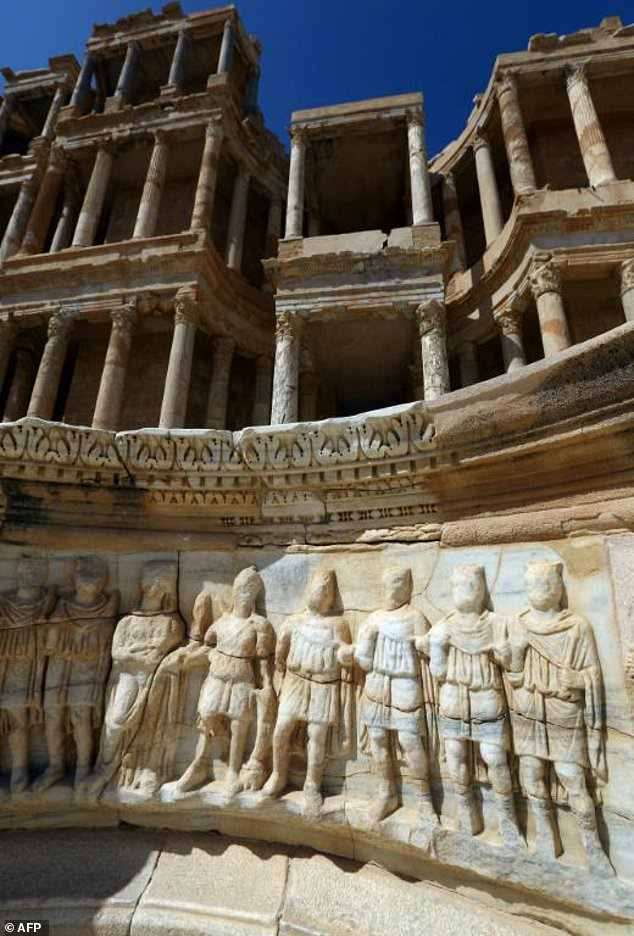 Once a jewel of the Roman Empire, locals say snipers positioned themselves at the top of the amphitheatre in Sabratha in clashes between rival armed groups a year ago

It noted that “armed groups are present on these sites or in their immediate proximity”.

Experts fear worse is to come for the country’s historic sites, as armed groups continue to vie for ascendancy.

The “entrenchment of armed groups inside archaeological sites and the battles which have unfolded near the sites, including Sabratha, pose a permanent danger”, he told AFP.

The conservation of sites was once entrusted to Western teams.

But these experts have not travelled to Libya “for four years, because of the chaos and insecurity”, said Chakchouki.

Spread out over 90 hectares (220 acres), including a part engulfed by the sea, Sabratha is one of three former cities that constituted Roman Tripolitania. 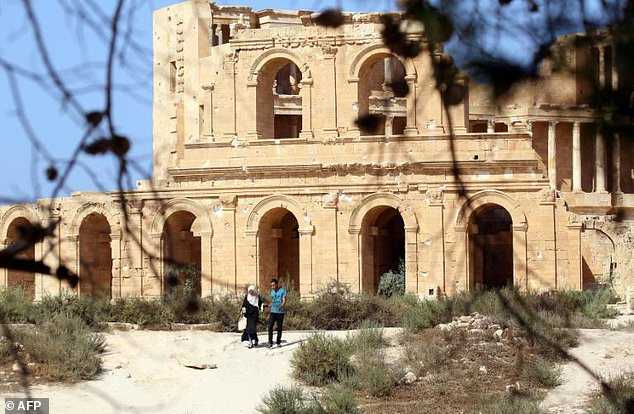 Since the toppling and killing of Libya’s dictator Moamer Kadhafi in 2011, Sabratha has become a key departure point for illegal migration

The others are Oea — modern-day Tripoli — and Leptis Magna in western Libya that was one of the sites classed as endangered by UNESCO two years ago.

At the mercy of the scorching summer sun and the salty sea breeze, Sabratha suffers from stone erosion and degradation, said Mohamad Abu Ajela, an official at the city’s office of antiquities.

But the “damage caused by man is a greater fear”, he said.

A Spanish archaeological mission recently visited Sabratha and signed an agreement to restore some areas, including the theatre.

But completion of the work “depends on the security situation”, Ajela said. 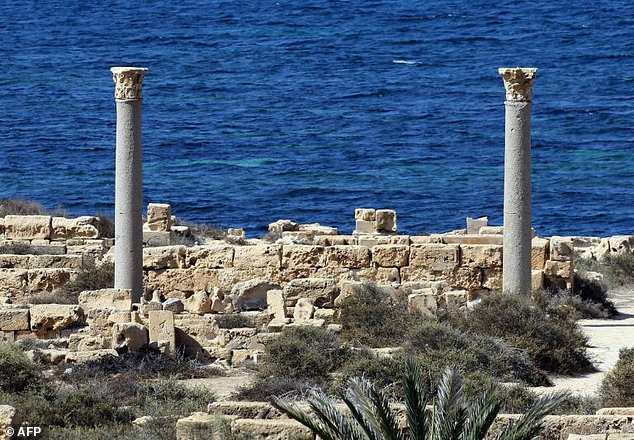 Experts fear worse is to come for Libya’s archaeological heritage, as armed groups continue to vie for ascendancy

One example is Cyrene, an ancient Greek city in northeastern Libya.

Exploiting the chaos, people have claimed ownership of land and built within the archaeological site’s perimeter.

Looting is another threat to these sites, as the lack of security has led to illicit excavation and smuggling of antiquities.

Several thefts of ancient objects have been reported.

In March, Spain’s interior ministry announced the seizure “of numerous works of art” from the Cyrenaica and Tripolitania regions, including seven mosaics, sarcophagi and pieces of Egyptian origin.

Madrid said it had proof that two necropolises were looted by “terrorist groups”.

Officials in the antiquities department attempt to save what they can, often through desperate measures.

Museums have closed — including in Tripoli — and some archaeological treasures have been transferred to a “safe place”, Chakchouki said.