A Jewish man whose family was subjected to vile anti-Semitic abuse on the London Underground has said he wants to meet the Muslim woman who stood up for them and thank her.

The father said that he had been on the Northern Line from Hendon Central in north London to Covent Garden with his wife and children when a man approached them and asked if they were Jews.

The man, 35 and from Hillingdon, London then launched a torrent of abuse at the family, shouting that Jews started the slave trade and were from the ‘synagogue of Satan’.

The father, who wants to remain anonymous, added in a statement, released by the Campaign Against Antisemitism on Monday: ‘I was confused. I was ready for the anti-Semitic comments after the Jewish question, but I was not prepared for the hail of anti-Semitic abuse which followed. 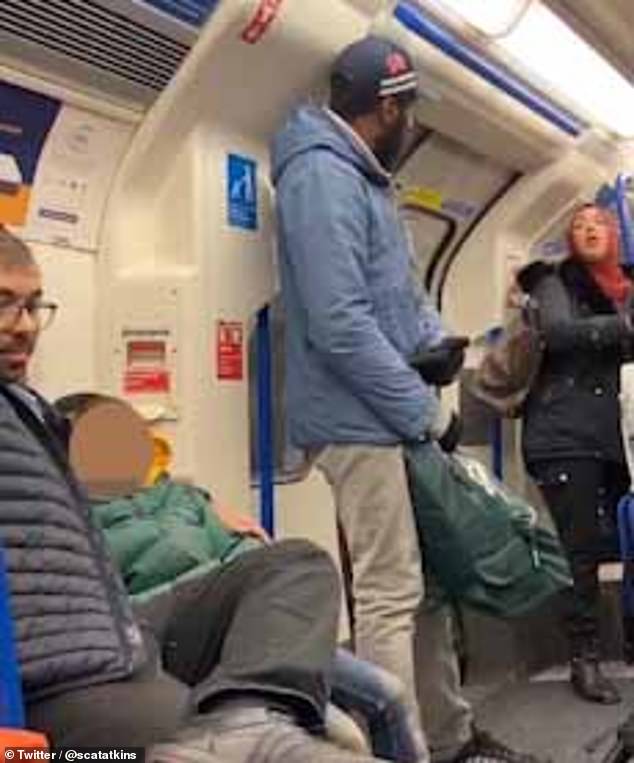 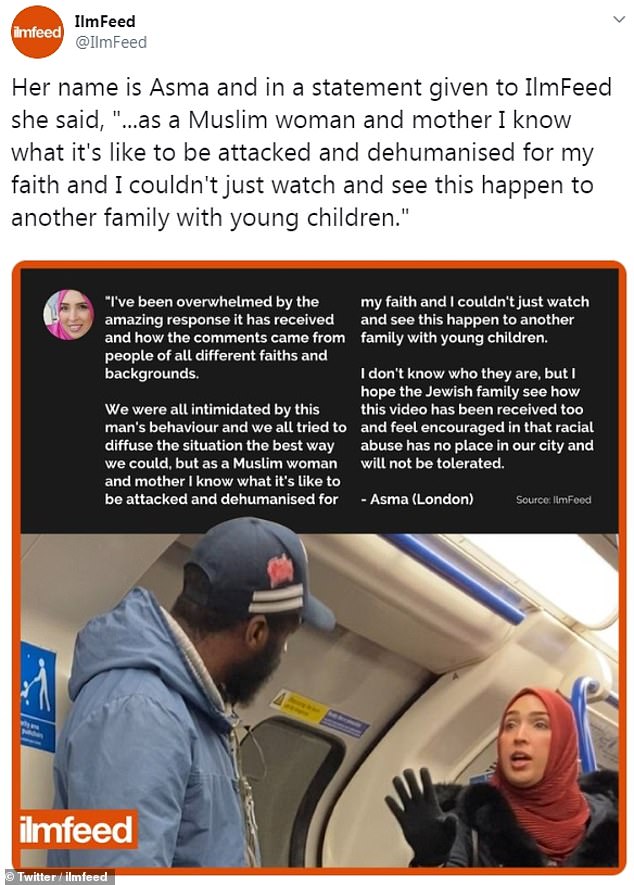 The father, who wants to remain anonymous, added in a statement, released by the Campaign Against Antisemitism on Monday: ‘I was confused. I was ready for the anti-Semitic comments after the Jewish question, but I was not prepared for the hail of anti-Semitic abuse which followed.

‘The only thing I could think about was the safety of my children and the best thing to do at that time was to restrain myself and try to get my children to ignore the situation.’

In shocking footage viewed millions of times online, the man read anti-Jewish passages to the family, directing his words at the two young boys in skullcaps.

The man is seen in the video threatening another man off-camera after he tries to intervene before a woman in a hijab – Asma Shuweikh – confronts him.

The Jewish father that they were ‘extremely grateful’ to Ms Shuweikh for intervening and wanted to thank her in person.

He added: ‘We are extremely grateful for the Muslim lady wearing the headscarf, who we now know as Asma, who stepped in.

‘We are certain that without her intervention and distraction, he would have continued his abuse which could have escalated to physical violence.

‘I would like to meet Asma in person to thank her. 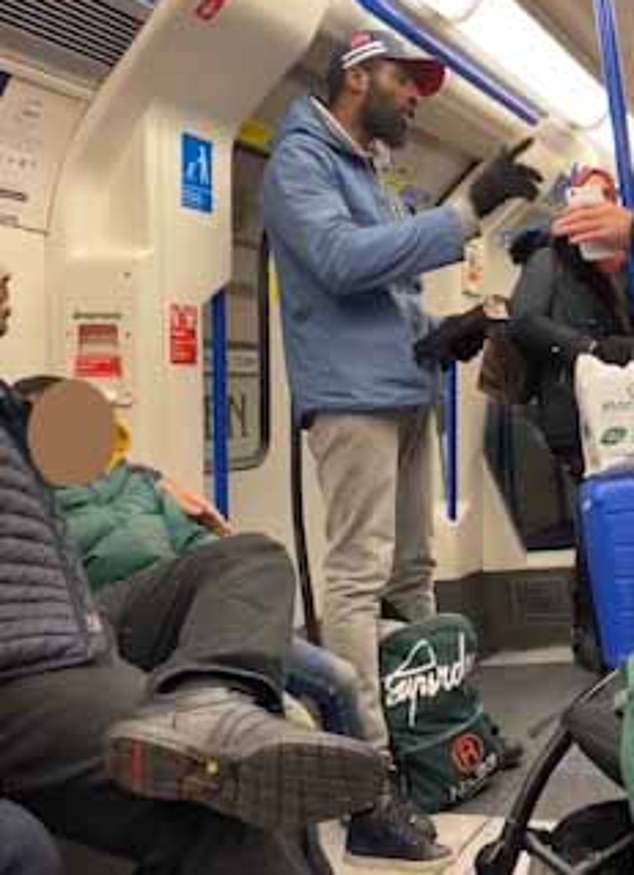 ‘This Tube journey has left me with mixed feelings about society.

‘On the one hand my wife, my children and I were subject to vile abuse in a full Tube carriage, however I am grateful for those who stood up for me.’

A man has been arrested and was held in Birmingham on Saturday night on suspicion of committing a racially aggravated public order offence.

He was later released on bail.

Mother-of-two Ms Shuweikh, from London says she ‘wouldn’t hesitate to do it again’. 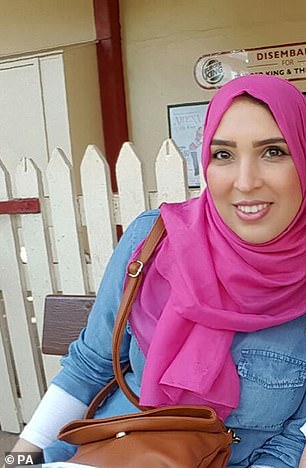 ‘I would have loved more people to come up and say something, because if everyone did, I do not think it would have escalated in the way that it did,’ she said.

She said when she saw what was happening she knew she ‘had to confront him’.

She said the couple was travelling with three children, and she wanted to deflect the man’s attention away from them.

She said: ‘He was quite aggressive and was getting in my face.’

Fellow commuter Chris Atkins took the video after catching the Tube heading south on the Charing Cross branch of the line at midday on Friday.

‘The Muslim woman didn’t take any s*** from him and really, really took him to task, very firmly and persistently,’ Mr Atkins said.

‘In this day and age we are told how intolerant everyone is and all religions hate each other, and there you had a Muslim woman sticking up for some Jewish children.’

Ms Shuweikh was hailed on social media for her bravery.

Some people called her ‘a star’ while others said although the clip was heartbreaking to see, Mrs Shuweikh had become a ‘hero’.

And someone else added: ‘A Muslim lady going to the defence of a Jewish father and son gives me renewed hope for the future of this wonderful country of ours. Let’s try and find out who she is so we can thank her for her wonderful courage and support.’