Jews could flee Germany on a ‘massive’ scale unless urgent action is taken, says foreign minister

Jews could flee Germany on a ‘massive’ scale unless urgent action is taken against anti-Semitism, says foreign minister

Jews could flee Germany on a ‘massive’ scale unless urgent action is taken against anti-Semitism, the foreign minister warned today.

Writing in Der Spiegel on the eve of the 75th anniversary of the liberation of Auschwitz, Foreign Minister Heiko Maas said anti-Jewish insults and attacks, in real life and online, had become ‘a daily occurrence’.

Almost one in two Jews had considered leaving Germany, he said, a country that has long taken pains to confront its Nazi past.

‘We need to take urgent counter-measures to make sure that such thoughts do not turn into a bitter reality and lead to a massive departure of Jews from Germany,’ he wrote. 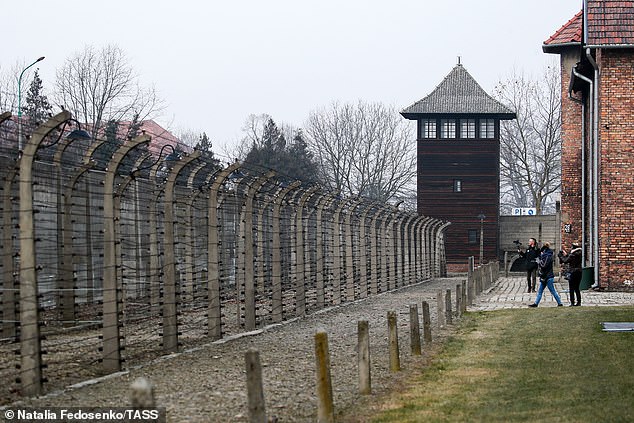 Writing in Der Spiegel weekly on the eve of the 75th anniversary of the liberation of the Auschwitz death camp (file photo), Maas said anti-Jewish insults and attacks, in real life and online, had become ‘a daily occurrence’

The fight against anti-Semitism would be a priority when Germany takes over the rotating EU presidency in July and the chairmanship of the Council of Europe, the bloc’s leading human rights body, in November, Maas vowed.

Germany will push for tougher legal consequences for anti-Semitic acts, he said, and for more EU nations to make Holocaust denial a crime – currently illegal in over a dozen member states including Germany, Belgium and Italy.

Berlin will also step up the battle against anti-Jewish hate speech and disinformation on social media, Maas wrote, saying perpetrators ‘should feel the full force of the law across Europe’.

An anti-Semitic attack in the eastern German city of Halle in October – in which a gunman tried but failed to storm a synagogue before killing a passer-by and a customer at a kebab shop – showed that ‘Jewish sites and communities’ needed better protection ‘everywhere in Europe’.

To help make that happen, Germany will contribute 500,000 euros (£420,000) to the Organisation for Security and Co-operation in Europe (OSCE) this year, Maas said.

The diplomat stressed the importance of educating young people about the horrors of World War II, when six million Jews were murdered by the Nazis.

Research had shown that ‘a third of young Europeans indicated knowing little to nothing about the Holocaust,’ he said. 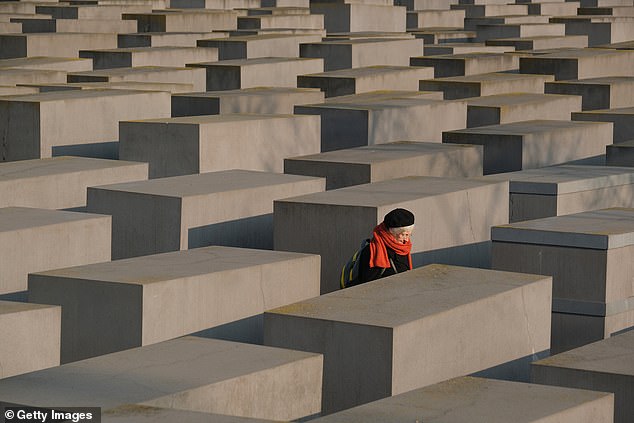 An elderly visitor walks among the Memorial to the Murdered Jews of Europe, which commemorates Jews murdered by the Nazis in the Holocaust, on January 24

The comments came on the same day a YouGov survey found 56 percent of Germans were in favour of making a school visit to a concentration camp mandatory.

Elderly Holocaust survivors will gather in Auschwitz on Monday to mark 75 years since Soviet troops liberated the camp, while world leaders held a sombre remembrance ceremony in Jerusalem last Thursday.

More than 1.1 million people, mainly Jews, were killed at Auschwitz-Birkenau. Most died in the gas chambers but many also succumbed to starvation, disease and overwork.