Jhené Aiko and her longtime boyfriend Big Sean are expecting their first child together.

The songstress, 34, was spotted with a bump while out in Beverly Hills with her beau, 34, on Saturday in photos obtained by TMZ.

Jhené already has 13-year-old daughter Namiko Love with her ex-boyfriend, R&B singer O’Ryan. This will be Big Sean’s first child.

It’s unknown how far along Jhené is or the gender of her child.

Jhené put her bump front and center in a clinging grey top as she walked alongside her beau in the photos.

Big Sean strolled by her side clad in a stylish white top, beige slacks, and green sneakers. 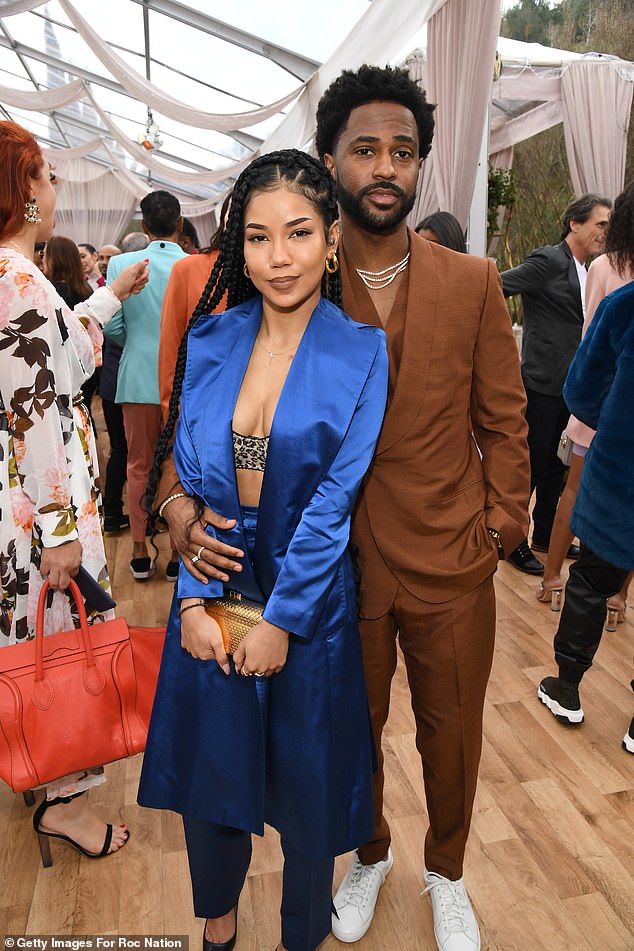 XOXO: The couple pictured back in January 2020

They went on to make their relationship romantic three years later in 2016 after Jhené finalized her divorce from Dot da Genius, a record producer.

The pair temporarily split up in late 2018 but they confirmed a reconciliation a year later after Big Sean shared an image of the pair together on Instagram.

The two attended the 2021 Grammy Awards together, where they were both nominees and have been together ever since. 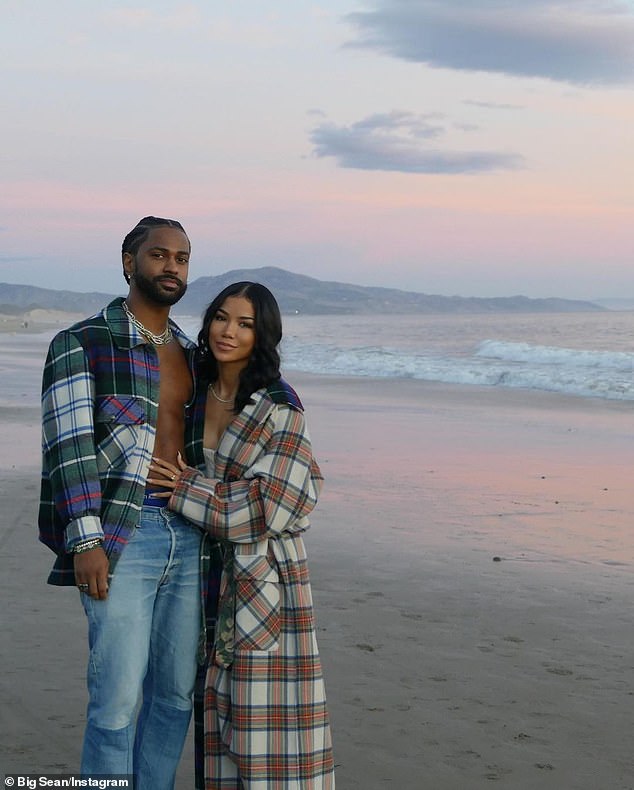 The duo talked marriage on Instagram Live back in 2020.

‘Oh yeah? Why won’t you marry me?’ Jhené shot back.

‘Whatever! I don’t need no man!’ she asked before they both let out a laugh.

‘Why won’t you marry me?’ The duo talked marriage on Instagram Live back in 2020