Jihadi John’s beard and the way he walked was the key to the missile strike that killed him, a new documentary has revealed.

The merciless executioner was identified by a drone flying at night over the ISIS stronghold of Raqqa in Syria, which beamed back infrared pictures to military chiefs in the US.

Within 15 seconds a missile was launched which obliterated the fanatical Londoner as he spoke on the phone.

Drones had been searching for Jihadi John, whose real name was Mohammed Emwazi 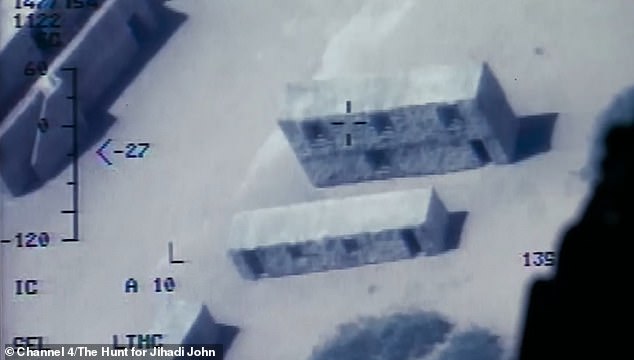 A Channel 4 documentary being broadcast on Monday reveals for the first time details of how Jihadi John, whose real name was Mohammed Emwazi, was hunted down and killed with the help of state-of-the-art tracking and identification technology.

Colonel Steve Warren, the Pentagon spokesman at the time, tells the programme: ‘Because of the conditions — it was night — we were using infrared.

‘You can’t see his face but we could sort of see how he moved, the cut of his jib, so to speak. The angle of his beard, these things we could see.

‘Eventually we were convinced that this is Jihadi John. And so the floor commander at the time orders, ‘Take the shot.’ Within 15 seconds a missile obliterated Emwazi.’

Drones had been searching for the ISIS terrorist for a year but any attempt to wipe him out was made difficult because he always surrounded himself with women and children and made sure he was in crowded areas. 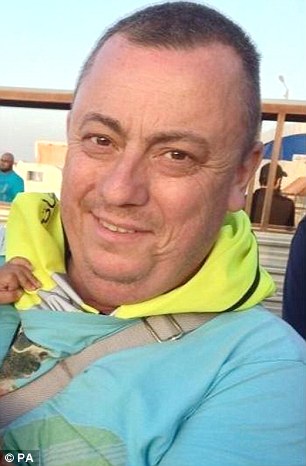 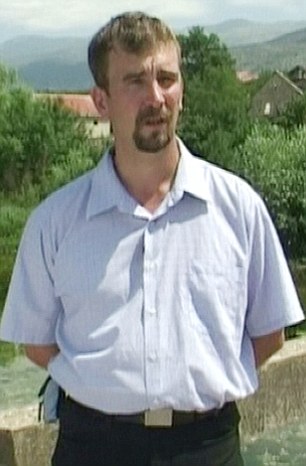 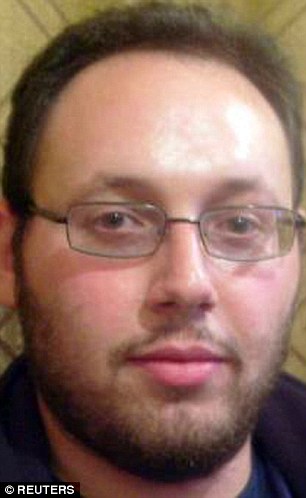 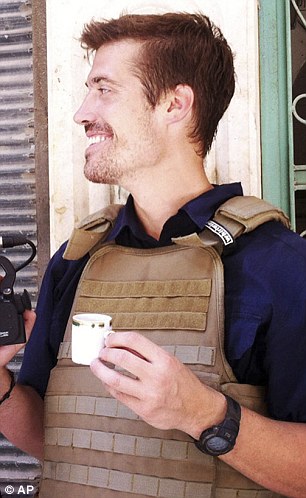 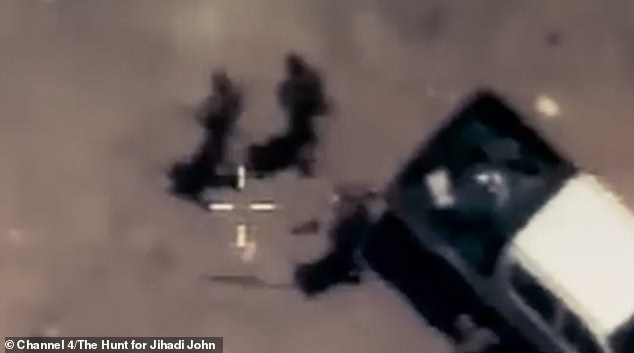 A trailer for the Channel 4 documentary features drone footage, also this is a stock video

General Richard Barrons, former Commander Joint Forces Command, who was involved in the operation, told MailOnline: ‘We knew where he was and had drones looking for him.

‘We identified Emwazi very quickly after the execution videos he appeared in but finding him was much harder because we did not have any people on the ground in Raqqa. 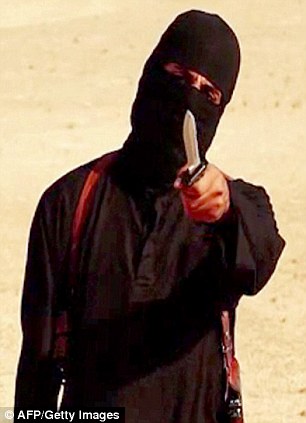 ‘The tracking was all done electronically but eventually, it was his beard and the way he walked that gave him away.’

Emwazi became one of the world’s most wanted men after executing a number of western hostages in horrifying videos that were used by ISIS as propaganda tools.

The first appeared in August 2014 when he killed American journalist James Foley.

Officials at GCHQ knew within a matter of hours that it was Emwazi, establishing his identity through voice recognition technology and comparing the pattern of the veins in his left hand in which held a knife pointed directly towards the camera with images of him in archive photographs.

GCHQ used recordings of his voice from previous wire taps taken during a three-year surveillance operation and compared it to the disguised voice used in the ISIS video.

Emwazi’s identity was not publicly confirmed until February 2015. 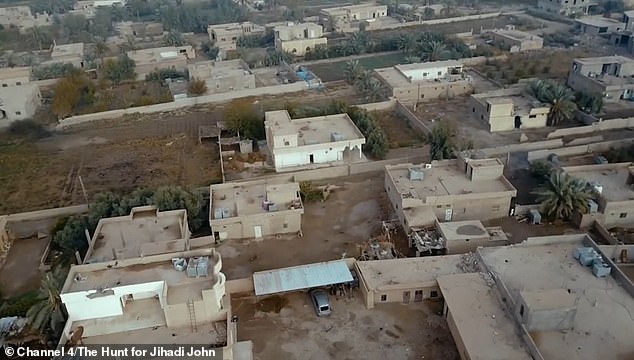 A still image from The Hunt for Jihadi John, which will be on Channel 4 next Monday evening

Once the hunt for him was underway, Emwazi used his background as a former computer science student at Westminster University to evade American and British authorities. 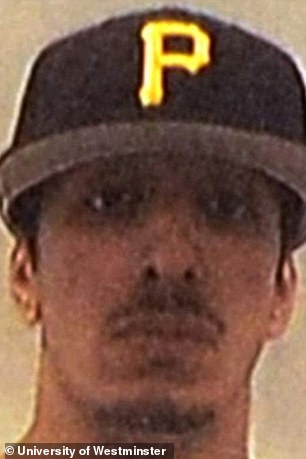 Emwazi was engaged twice but on both occasions these relationships ended

He used encryption programmes, private networks and wiped clean every computer he ever sent messages on.

He was eventually discovered after he contacted his wife and child who lived in Iraq, kicks staring a year-long hunt.

Douglas Wise, who helped oversee the CIA’s Middle East operations, compared the mission to locate Emwazi to searching for a ‘needle in a haystack full of needles.’

He said: ‘If he had any hope for survival he had to blend in to the citizens of Raqqa. He had to look from a distance just like them.’

The programme also traces Emwazi’s life in Britain after arriving as a six-year old from Kuwait and shows rare footage of his time at school.

He attended Quintin Kynaston Community Academy, in St John’s Wood, North London, where he was bullied for having bad breath and is filmed constantly holding his hand over his mouth. 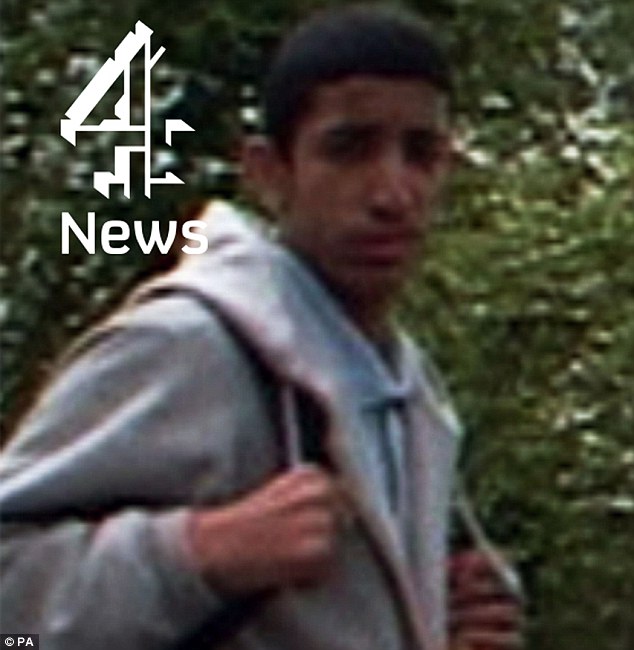 Emwazi used his background as a former computer science student at Westminster University to evade American and British authorities. He is pictured above as a teenage boy 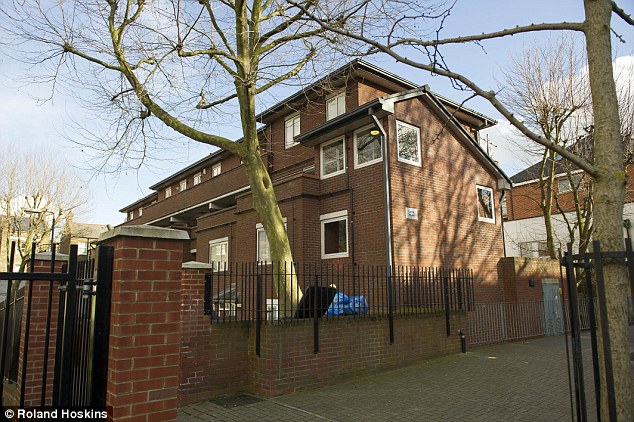 Emwazi’s family home in Britain was in a flat in this block in Queens Park, West London

Emwazi was also engaged twice but on both occasions the relationships ended after security services informed his fiancés about his terrorist activities.

Emwazi had been under surveillance by MI5 until he disappeared in 2012, before emerging as the ISIS executioner dubbed ‘Jihadi John’ two years later.

MI5 even made an unsuccessful attempt to recruit him as an informant before he fled to Syria.

The programme claims that Emwzi was driven by a desire for personal vengeance against the west while the authorities made killing him a priority because of his propaganda value to ISIS.

The Hunt for Jihadi John will be on Channel 4 on Monday, May 20 at 9pm