Jimmy Armfield to be honoured before Yeovil vs Man United

Miscommunication threatened to stop Jimmy Armfield being remembered with a minute’s applause at Yeovil Town on Friday night.

Confusion reigned on Thursday after the League Two club indicated that a tight broadcasting schedule meant a tribute did not seem feasible before the televised 7:55pm kick-off against Manchester United.

Yeovil’s plan was for Huish Park to celebrate Armfield’s life before their game with Grimsby Town on Tuesday night instead. 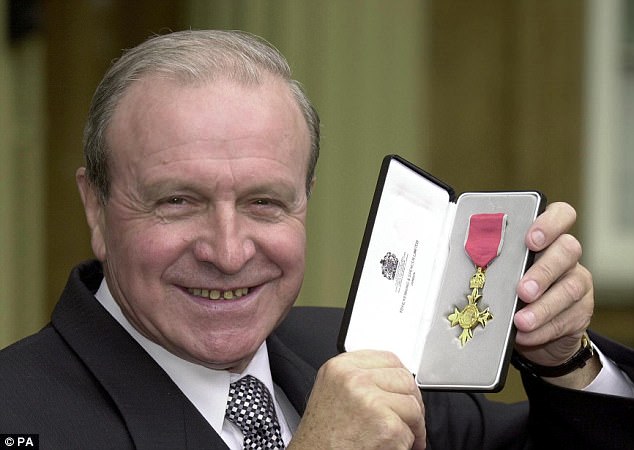 That decision was reversed, however, after discussions with the BBC ahead of United’s visit in the FA Cup fourth round.

‘We did not take into consideration the connections Jimmy had with the BBC,’ a Yeovil spokesman said. Former summariser Armfield’s association with the BBC spanned four decades.

Sportsmail understands the BBC had always earmarked a minute’s applause on a night which represents their first chance to salute Armfield on TV. The Football Association has written to all clubs still in the competition to state they welcome any tributes.

Meanwhile, Blackpool manager Gary Bowyer pleaded with supporters to put their differences with the controversial owners and attend Saturday’s match against Charlton in order to give Armfield a ‘proper send-off’.

‘For one day only I think it’s right everybody puts everything to the side,’ Bowyer said.

Thousands of fans refuse to attend home games while the Oystons remain at the helm. Blackpool committed to donating revenue from any tickets bought to Trinity Hospice following Armfield’s death.

Many are still expected to just pay their respects outside Bloomfield Road, however, with Blackpool Supporters’ Trust (BST) laying wreathes and flowers at Armfield’s statue at 2:30pm.

BST have moved to depoliticise the day, claiming going into the ground is ‘up to each individual’ and that ‘this is purely about Jimmy’. 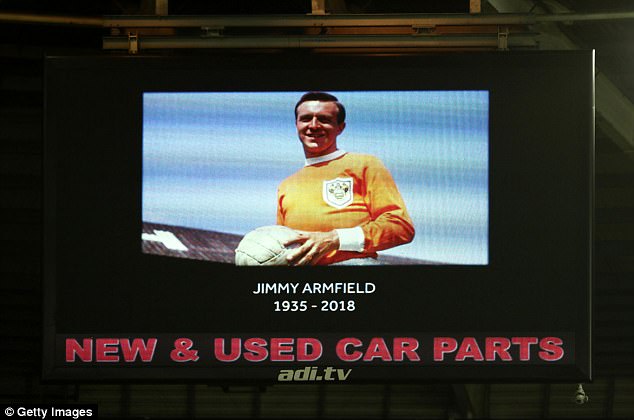