Jimmy Bennett took the opportunity to tour the sights of Rome just hours before Asia Argento will address his sexual assault allegations against her in an exclusive interview with DailyMailTV.

Bennett, 22, was seen visiting the Colosseum along with his lawyer, as the pair smoked and pored over press coverage of yesterday’s television appearance.

The American actor was interviewed on Italian TV, where he spoke about having sex with Argento when he was 17 years old, which he claims was rape.

Later today, DailyMailTV will air the second part of the exclusive interview with Argento, where she will address Bennett’s allegations.

Roman holiday: Asia Argento’s accuser Jimmy Bennett is seen outside the Colosseum in Rome alongside his lawyer, after appearing on television to speak about the rape allegations 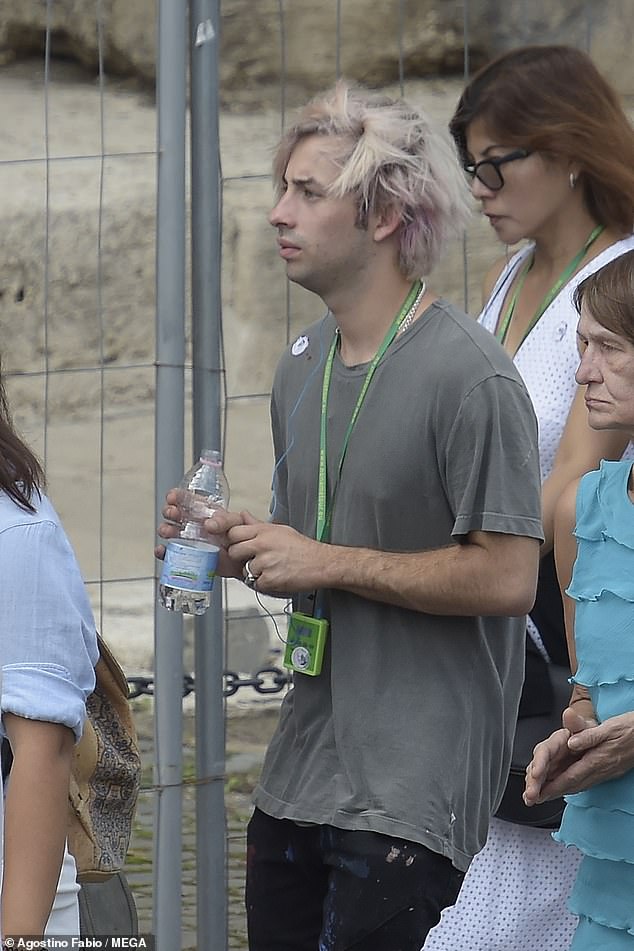 Taking a tour: Bennett is spotted in a throng of tourists outside the Colosseum in Rome 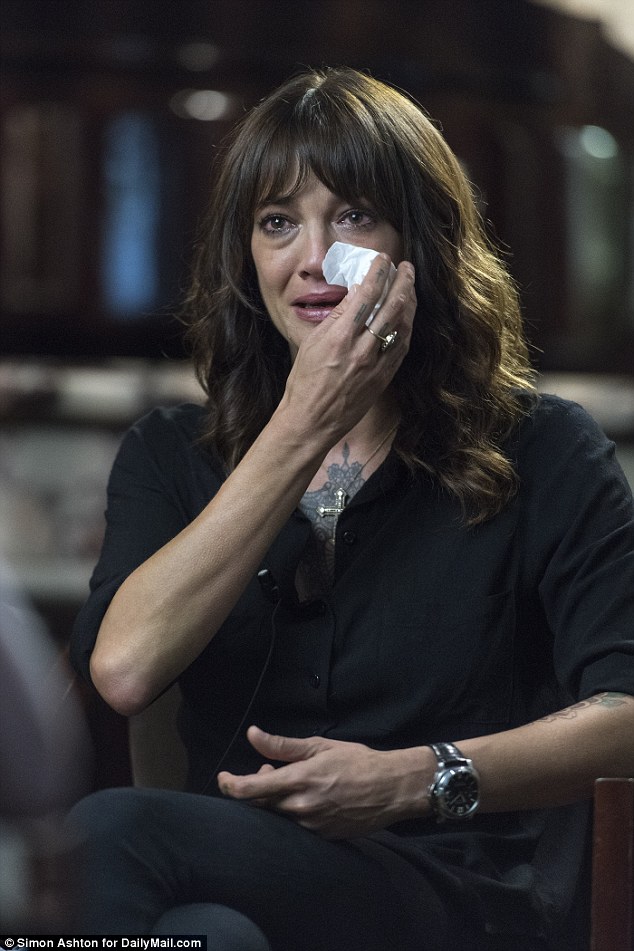 Emotional: Asia Argento will appear on DailyMailTV on Tuesday to discuss Bennett’s allegations against her, and the drama with former friend Rose McGowan

The Italian actress and director will also speak about her feud with fellow MeToo activist Rose McGowan – sparked by Bennett’s claims.

She tells DailyMailTV that: ‘These lies have destroyed my life, and coming from somebody who I thought was my best friend [McGowan] is unacceptable’.

Last October Argento became one of the first Harvey Weinstein accusers to speak up at the very dawn of the MeToo movement.

She alleged that the disgraced producer raped her, forcibly performing oral sex on her in a hotel room in 1997, despite her repeated protestations of ‘No.’

Alongside McGowan, Argento was a vocal MeToo campaigner and pushed for Weinsten to face justice.

However when the news broke that her late boyfriend Anthony Bourdain had agreed to pay Bennett $380,000 in hush money to get him to drop a lawsuit against her, she fell into disrepute. 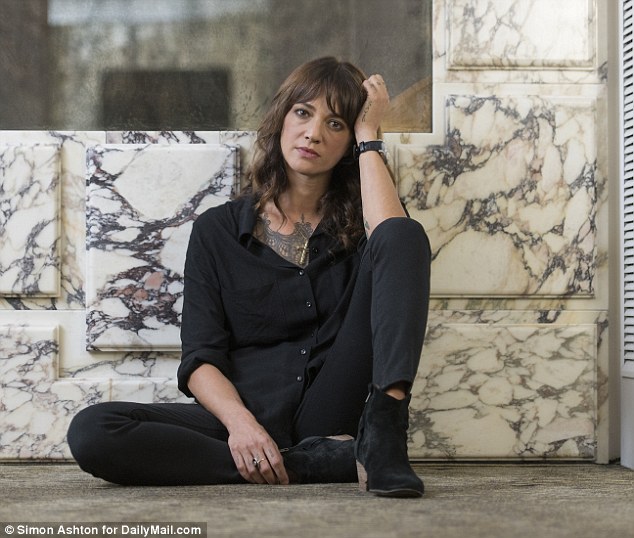 Breaking her silence: In yesterday’s broadcast, Argento spoke for the first time about her relationship with Anthony Bourdain, three months since he took his life 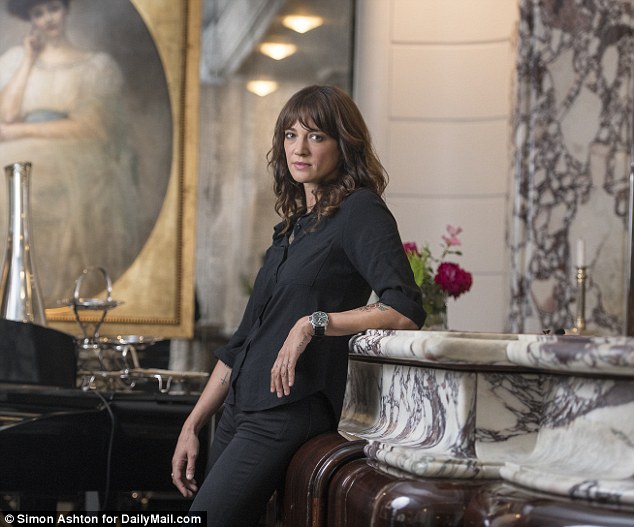 Fight back: The 43-year-old is taking legal action against McGowan and her partner, model Rain Dove, after they compared her to Harvey Weinstein 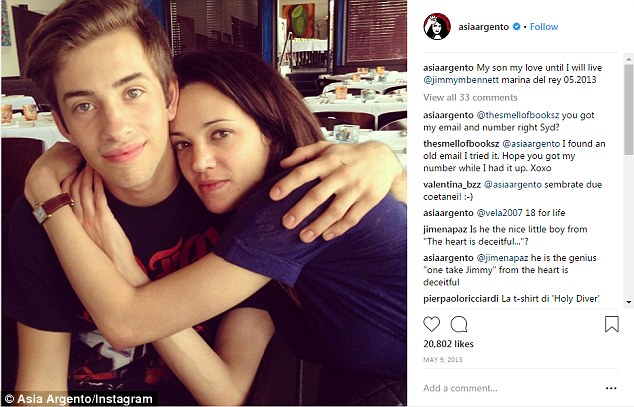 McGowan publicly denounced her, releasing a statement where she said there should ‘absolutely should be no leeway or tolerance for sexual assault’ and called on Argento to ‘be the person you wish Harvey could have been.’

Last week, Argento took to Twitter to ask McGowan and her partner, model Rain Dove, to retract their statements, after which she informed them that she is taking legal action against them.

In today’s second part of DailyMailTV’s exclusive interview, Argento tells Laura Collins that ‘these lies have destroyed my life’.

Yesterday’s broadcast of DailyMailTV’s exclusive interview, saw Argento speak about the loss of partner Bourdain, 62, who took his own life three months ago, while filming an episode of his CNN series, ‘Parts Unknown’, in France.

She told how trolls have accused her of driving her lover to suicide by cheating on him, and has revealed instead the truth of their ‘grown-up’ relationship saying: ‘He cheated on me too. It wasn’t a problem for us.’

Argento was slammed for not ‘looking like a woman mourning’ the man she calls ‘my love, my rock, my protector’ when she chose to go back to work as a judge on the Italian edition of the X-Factor shortly after Bourdain’s death.

In fact, Argento said, the day after Bourdain’s death she had a choice: ‘To go to work or to never get up again.’ 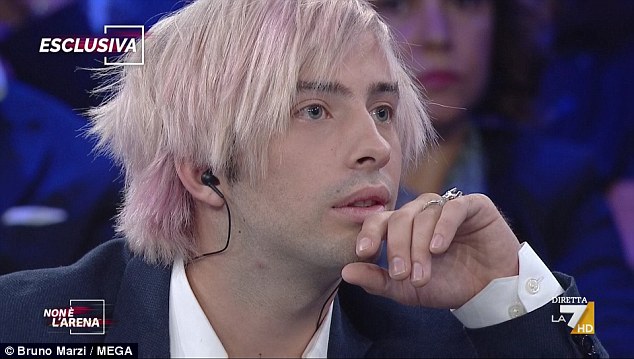 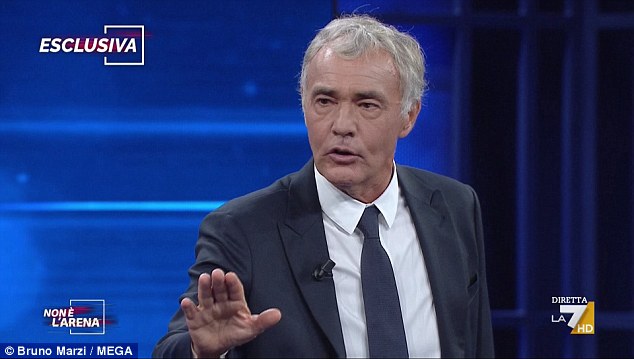 Her accuser Bennett faced similar allegations yesterday when he appeared on an Italian television show to speak about his relationship with Argento, which he claims culminated in her raping him when he was 17.

During his appearance on Non e l’Arean, which translates to Outside the Arena, Bennett was ridiculed by the host in front of a live audience who appeared skeptical of the actor’s claims that Asia Argento raped him.

After Bennett detailed his experience with Argento, the host said: ‘It’s difficult to believe a woman can rape a man, an act of sex that is complete cannot be rape surely,’ he said.

The host of the show, famed Italian journalist Massimmo Giletti, also told the American actor that he did not think he appeared ‘traumatized’ or ‘scared’ in a picture taken with Argento after the alleged sexual assault.

‘I was worried about coming in front of an audience and being accused of not being sincere about the violence against me,’ Bennett said about half way through the interview after seemingly realizing he was at the center of criticism.

‘After this, that’s why I chose the silent route. I was right.’