He is set to host the 72nd Primetime Emmy Awards on Sunday as a virtual event, with no audience or stars there in person due to the ongoing COVID-19 pandemic.

And on Tuesday, Jimmy Kimmel gave a peek into what the audience might expect for the upcoming hosting event.

The 52-year-old late night show host was asked if his ‘enemy’ Matt Damon was going to crash the stage, with him quipping: ‘I don’t have any friends named Matt,’ he told People.

Coming soon: Jimmy Kimmel spoke out about his upcoming Emmy Awards hosting gig with different environment due to the coronavirus

Adding: ‘I have an enemy named Matt, if that’s what you’re asking, and he’s not invited to  be a part of anything I’m involved with. This year we have extra security.’

The duo have been part of a fake beef since 2003 with Matt even joining him on stage during his hosting of the 68th Annual Emmy Awards in 2016.

Jimmy had lost Best Variety Talk Series to John Oliver and was back on stage to host; Matt appeared on stage with an apple as he asked him if he won, since he missed the last category.

Matt told him: ‘I’m sorry, this is so humiliating. You lost and you now you have to stand out here in front of everybody.’ 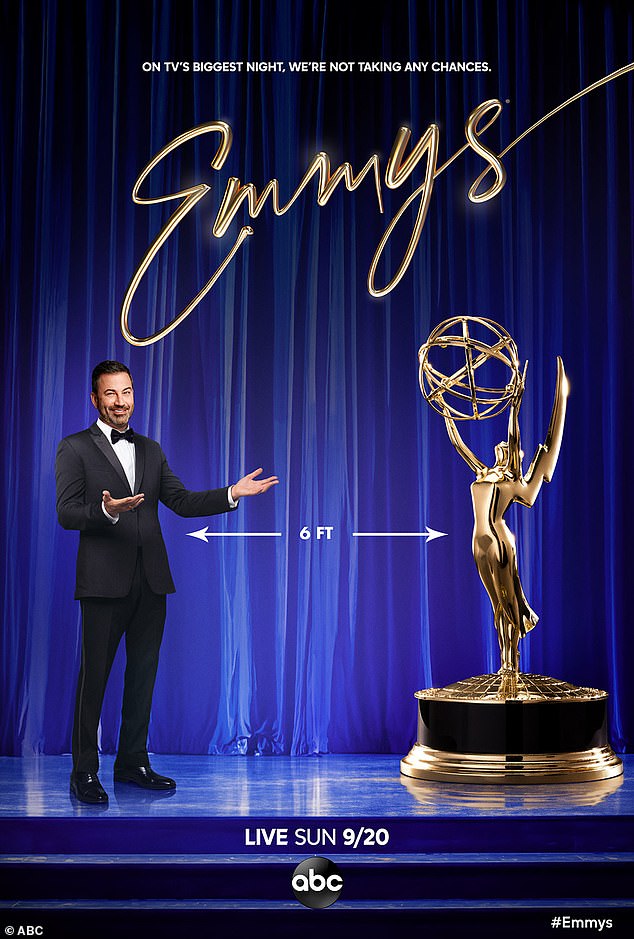 Cheeky: The 52-year-old late night show host was asked if his ‘enemy’ Matt Damon was going to crash the stage, with him quipping: ‘I don’t have any friends named Matt,’ he told People

The faux feud starting in 2003 when Jimmy began ending his Jimmy Kimmel Live! by apologizing to Matt Damon for running out time.

He later said Matt’s name was the first name that popped in his head for the bit, and someone they would never bump off the show due to time constraints.

The Emmy Awards this year will be completely virtual and guests were  told there is no dress code as they accept their award from the comfort of their home.

When asked about the lack of a dress code this year, he joked: ‘I will be appearing nude on this broadcast. That’s a surprise that we weren’t planning to reveal. Yes, I will not be wearing any clothes at all, nor will any of the presenters or nominees.’ 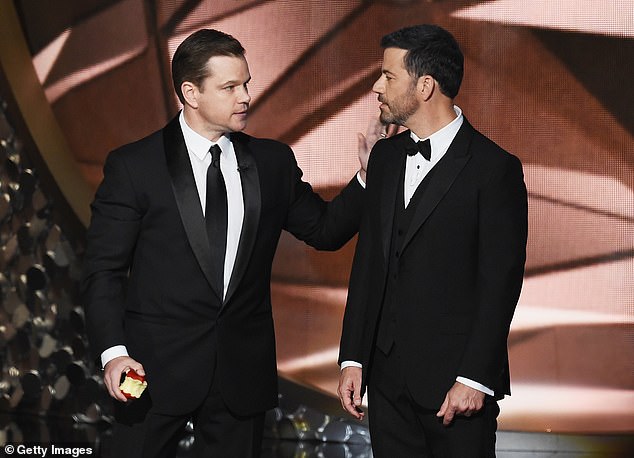 Throwback:The duo have been part of a fake beef since 2003 with Matt even joining him on stage during his hosting of the 68th Annual Emmy Awards in 2016; seen September 18, 2016 at the Emmy Awards

The star, who has previously hosted the Emmy Awards in 2012 and 2016, explained that began planning his hosting gig ‘with a lot of question and a lot of scenarios, and then we never seem to get beyond that.’

On if its harder or easier this year than previous hosting experiences, he said: ‘It’s harder and a completely different ball game. There’s no audience. As a comedian, getting no laughs – which is certainly something I’ve become accustomed to, even in front of audiences – is tough.’

Adding: ‘That’s the measure of whether something was funny. So the challenge is how to make it feel like not all the jokes are bombing.’

Jimmy said that while usually they do have an after party, this year there will be none: ‘What’s going to happen at the end is we’re all going to look at each other and nod and go home. That’s it.’

In the latest released promo for the awards show, the late night host, is shown keeping a respectable six-foot distance from a giant version of the Emmy Award in the promo image, which was revealed on Tuesday.

‘On TV’s biggest night, we’re not taking any chances,’ the poster for the September 20th show declared up top.

This year’s ceremony will definitely be unlike any other, the first in Emmy Awards history to take place virtually.

News of the virtual ceremony emerged in July when Kimmel and producers shared a letter that said: ‘As you’ve probably guessed, we’re not going to be asking you to come to the Microsoft Theatre in downtown LA on September 20th.

‘This year, it’s still going to be TV industry’s biggest night out… but we’ll come to you!’

‘We are assembling a top notch team of technicians, producers and writers to work closely with Jimmy Kimmel and with you and your team, to make sure that we can film with you (and loved ones or whomever else you choose to be with) at your home, or another location of your choice.

‘We’re going to make you look fabulous — we’re exploring the cutting edge technology to allow to use good cameras and lighting and look forward to working with you to produce your unique “on screen” moments,’ it went on. 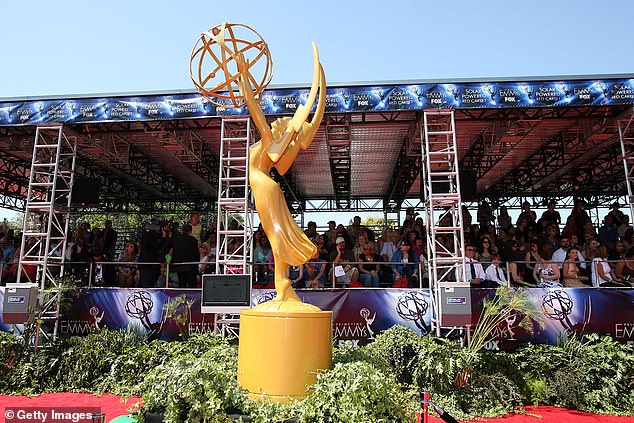 A new format: This year’s ceremony will definitely be unlike any other, the first in Emmy Awards history to take place virtually

Talent will be filmed at their homes instead of heading to the Staples Center, where Kimmel will be hosting the festivities from. Select presenters and performances may or may not happen at the LA space. There will be no red carpet or audience, according to Variety.

That means this year will be free from a red carpet dress code, so actors, creator and producers can wear whatever they desire – from gowns to PJs.

‘They might be at home, they might be in the garden, might be in a hotel, they might be standing on the side of the street. It doesn’t really matter, wherever they feel comfortable,’ said Ian Stewart, the president of Done+Dusted, the company overseeing the production of the awards show.

‘But we want to bring every nominee that we can logistically, live into the show.’

‘If you want to be in your sweats on your sofa that’s also fine,’ he continued. ‘It will be much more casual, much more fun, as we’re more in it together.

‘It will go where it goes. We hope really well, but I can’t sit here and say that it’s going to go 100% perfectly because no one’s ever done it before.’ 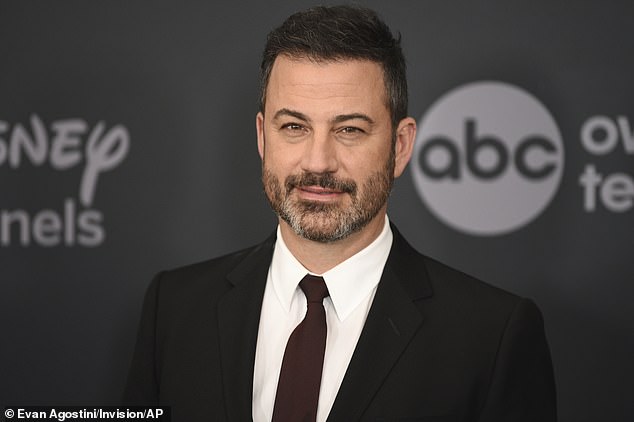 Space: Talent will be filmed at their homes instead of heading to the Microsoft Theatre, where Kimmel (above in 2019) will be hosting the festivities from. Select presenters and performances may or may not happen at the LA space

Executive producer Reginald Hudlin told Variety: ‘So often when people win they award, they dedicate it to their kids. Well, your kids can be right there with you. Maybe you’re accepting the award from their bedroom. This is a chance to reinvent every aspect of it. We really want people to think about that.’

There may be live presenters at the show as well as live musical numbers, it was added.

‘This is a show that will still very much be, whenever and however possible, a live show. There’s a lot of challenges that come with doing a live show in a COVID environment. But we’re not running from those problems, we’re embracing them.’

He added, ‘One is that it’s so large that the crew can work safely under COVID-safe protocols and be at the appropriate distance from each other because obviously the most important thing is safety first. 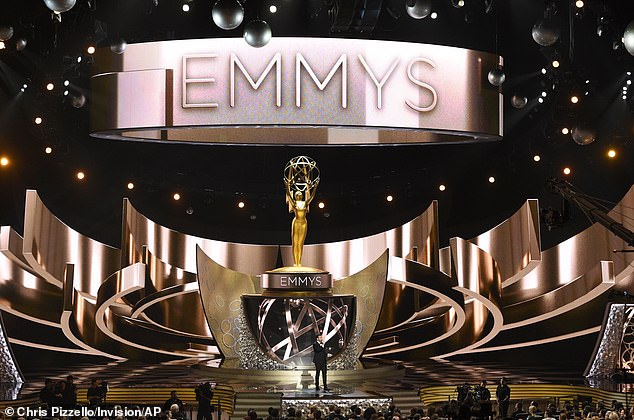 Technical challenge: The site added that there will be a total of 140 live feeds all happening at the same time. Above the 2016 set can be seen

‘The second part is, this show will need an unbelievable number of wiring connections in and out, because the nominees are not going to be there.

‘So we’re going to take cameras to where they are. And the number of feeds that that requires is so massive that we need a facility like the Staples Center, which is used to having that much signal from reporters covering sports to handle the kind of in and outputs that it requires.’

The site added that there will be a total of 140 live feeds all happening at the same time.

‘This will all depend on the comfort level of the people at the other end, but we’ve got to go and find them,’ he said.

‘So one of the things we are trying to do is get the highest-end kit to wherever that person is on whatever level of comfort they have.

‘The best thing for us is to have very high-end cameras, with a person operating them in somebody’s house or wherever they are. That’s our starting point.’

The 72nd Primetime Emmy Awards nominations honor the best and brightest in television. Here’s a list of all the major categories… 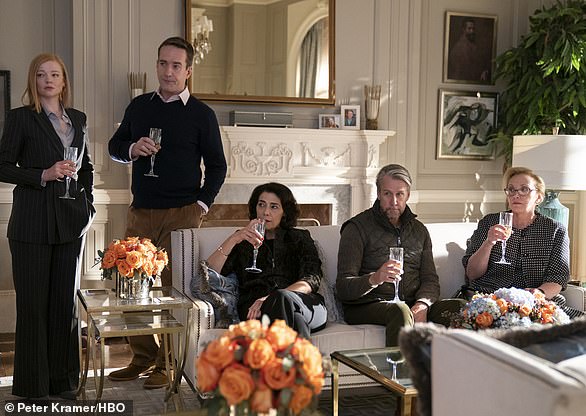 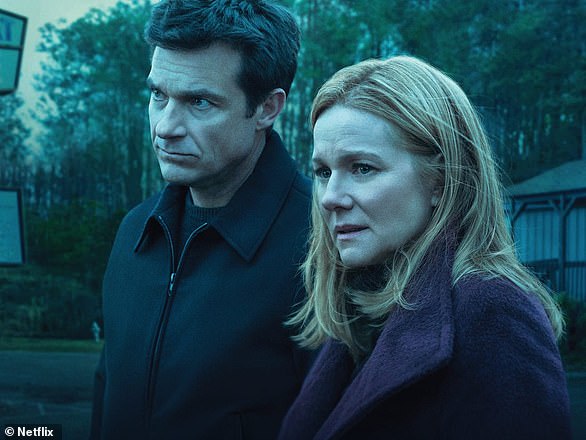 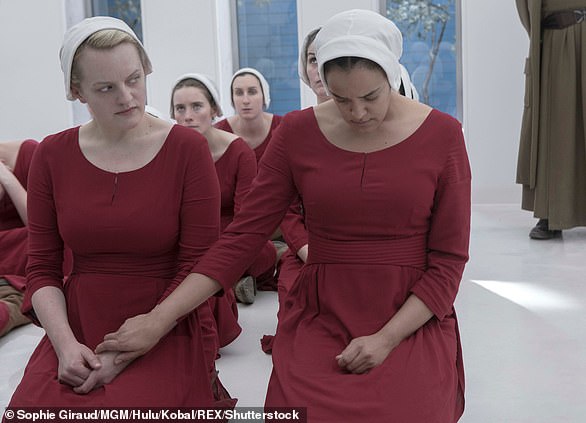 Sterling K. Brown, This Is Us

Dead To Me, Netflix

What We Do In The Shadows, FX 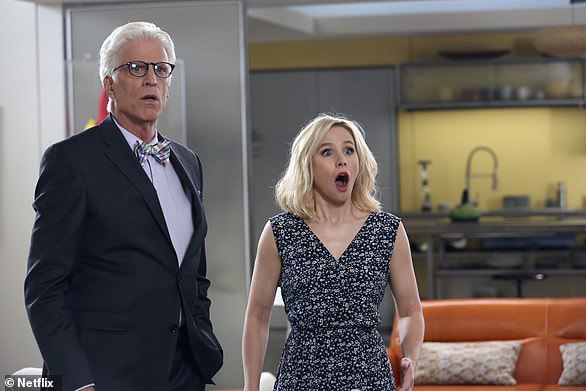 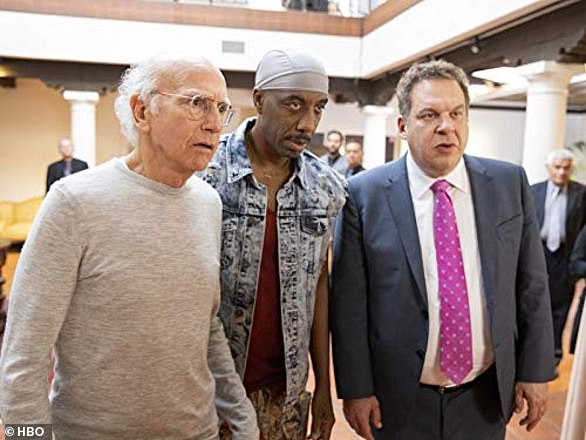 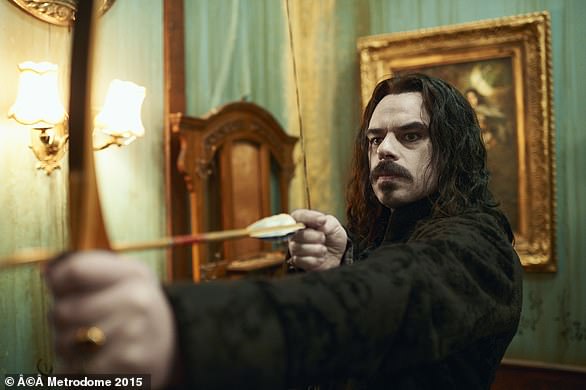 What We Do In The Shadows, FX

Christina Applegate, Dead to Me

Linda Cardellini, Dead to Me 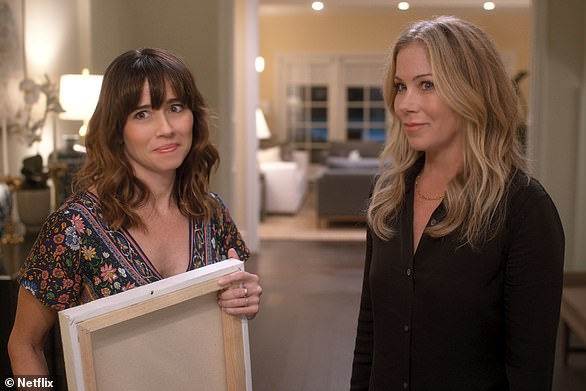 Linda Cardellini, Dead to Me 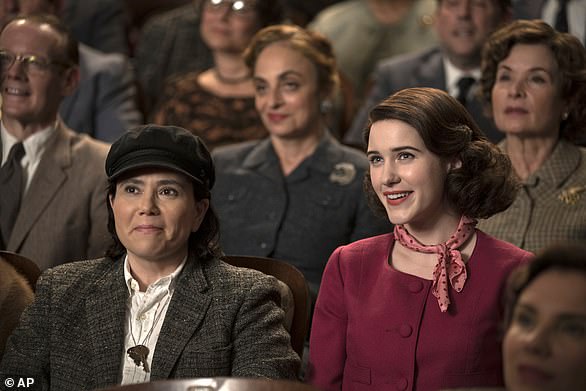 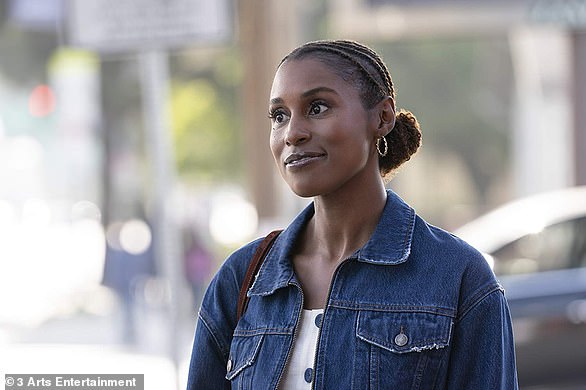 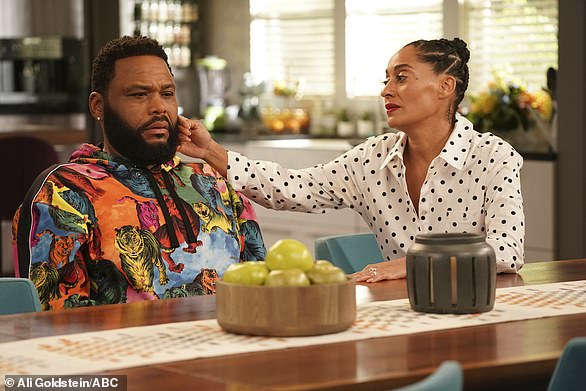 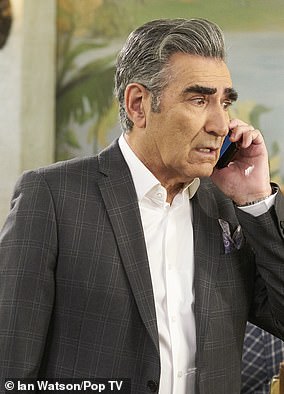 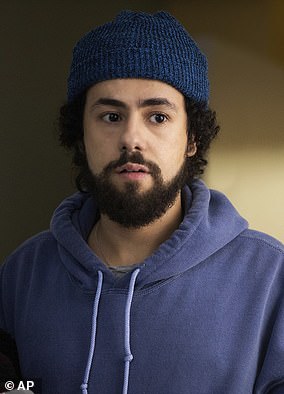 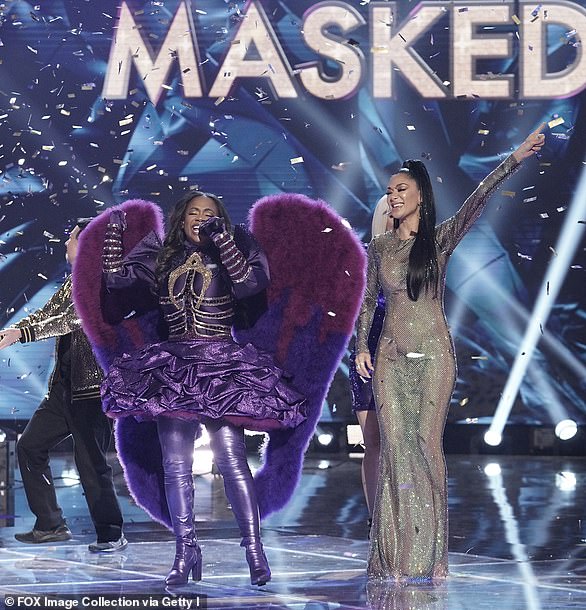 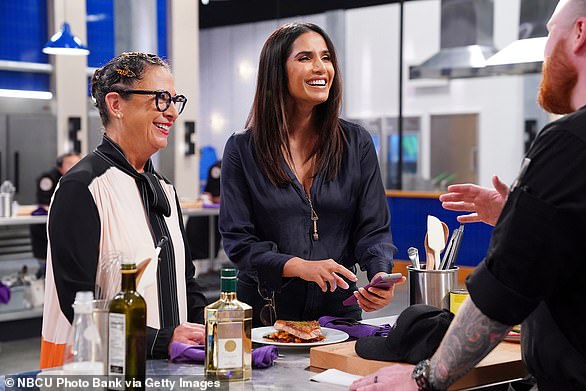 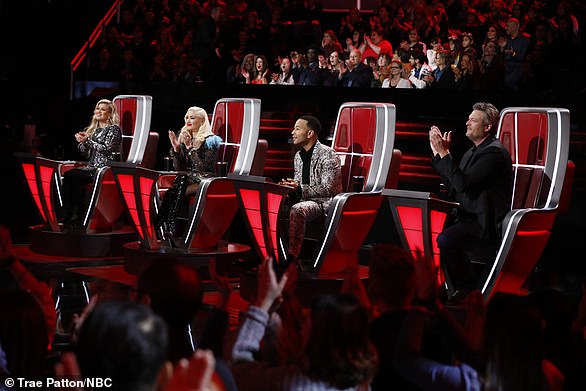 The Daily Show With Trevor Noah

The Late Show With Stephen Colbert 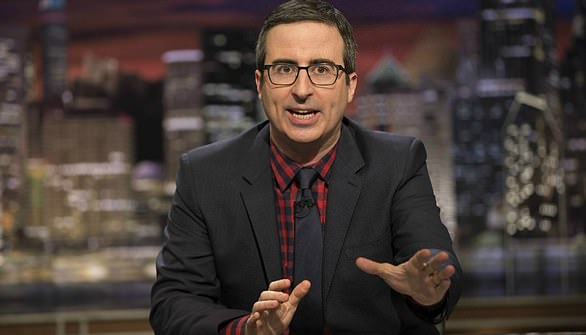 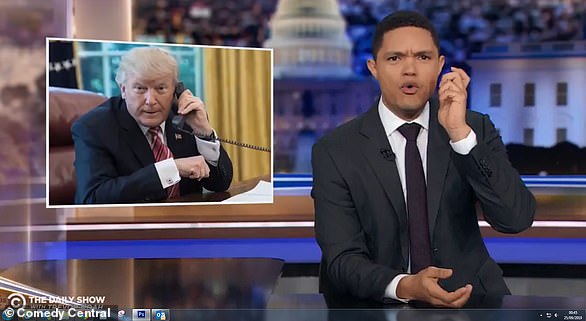 The Daily Show With Trevor Noah 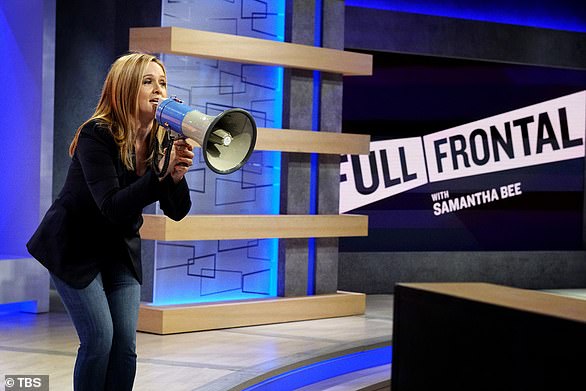 Outstanding Lead Actor in a Limited Series or Movie

Mark Ruffalo, I Know This Much Is True

Outstanding Lead Actress in a Limited Series or Movie

Octavia Spencer, Self Made 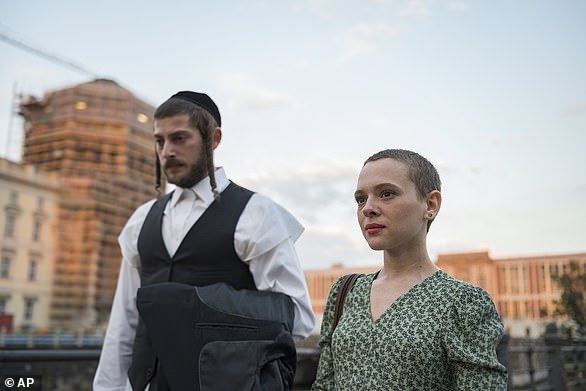 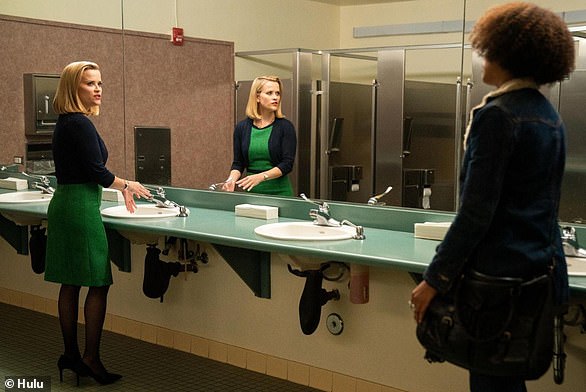 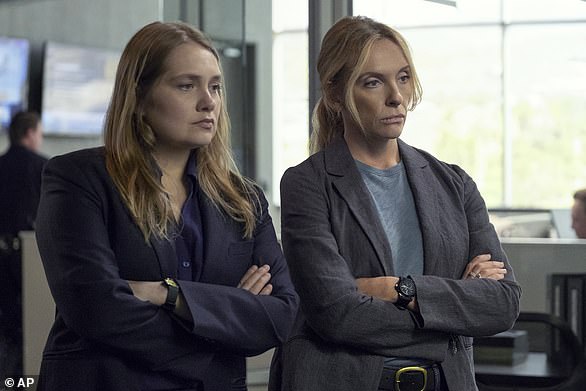