JK Rowling says Putin shouldn’t DARE compare himself to her

JK Rowling has trashed Putin’s deranged rants that Russia is being ‘canceled’ by the West over its illegal war in Ukraine, as the Harry Potter author took the Kremlin warmonger to task for ‘slaughtering civilians for the crime of resistance’. 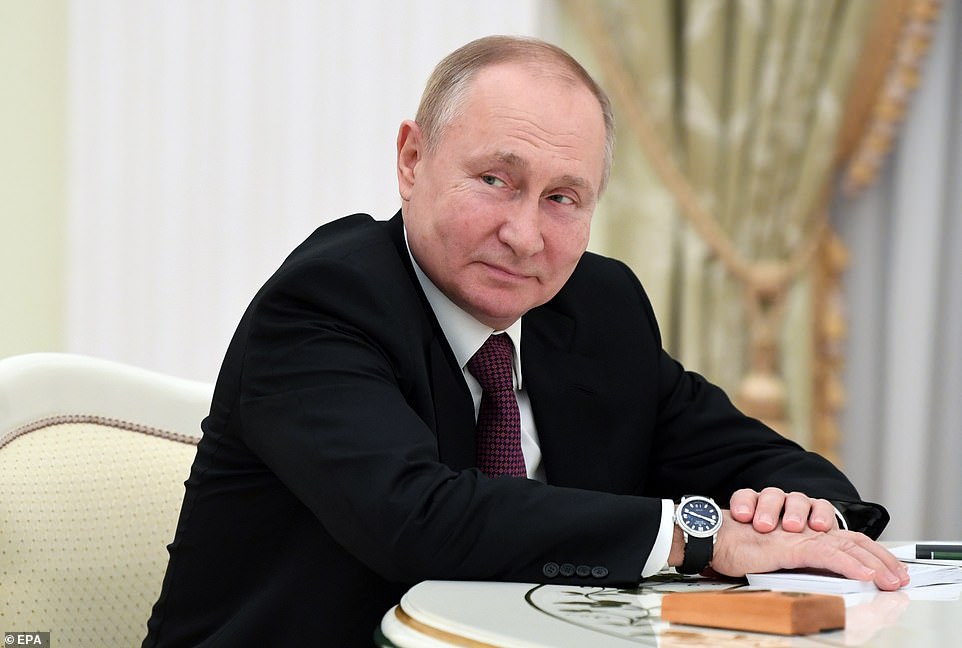 The increasingly despotic ruler moaned about Russia’s increasing global isolation following the invasion last month during a speech to culture ministers. Claiming that Hollywood has written the Red Army’s World War Two achievements out of history, Putin then accused the West of anti-Russian ‘discrimination’ – before likening himself to the British author and her recent troubles over gender rights. 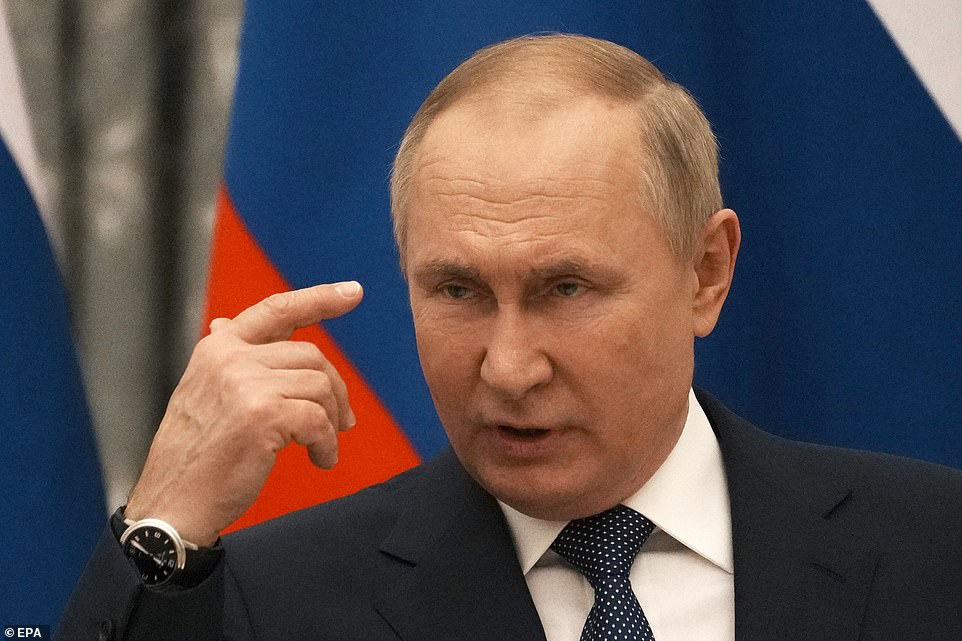 Rowling has been accused of ‘transphobia’ after saying that only women experience menstruation, in remarks which created a firestorm and got her ‘canceled’. Putin spat out: ‘They [the West] canceled JK Rowling, the children’s author – her books are published all over the world – all because she didn’t satisfy the demands of gender rights. They are trying to cancel our country – I’m talking the progressive discrimination of everything to do with Russia’. 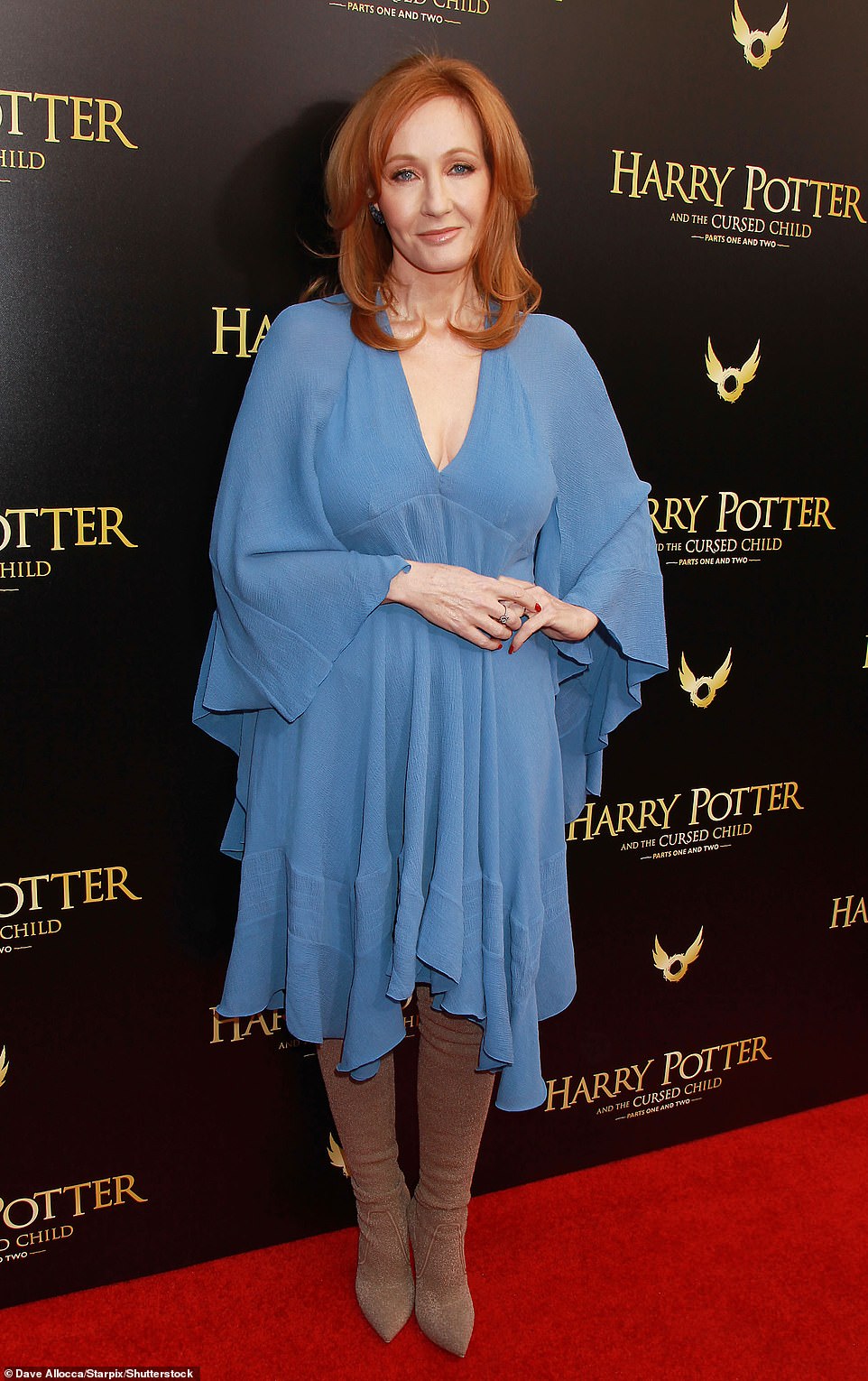 But responding to the childish Russian despot on Twitter, Rowling shared a BBC article about jailed Putin critic Alexei Navalny and wrote: ‘Critiques of Western cancel culture are possibly not best made by those currently slaughtering civilians for the crime of resistance, or who jail and poison their critics’. She added the hashtag: ‘#IStandWithUkraine’. 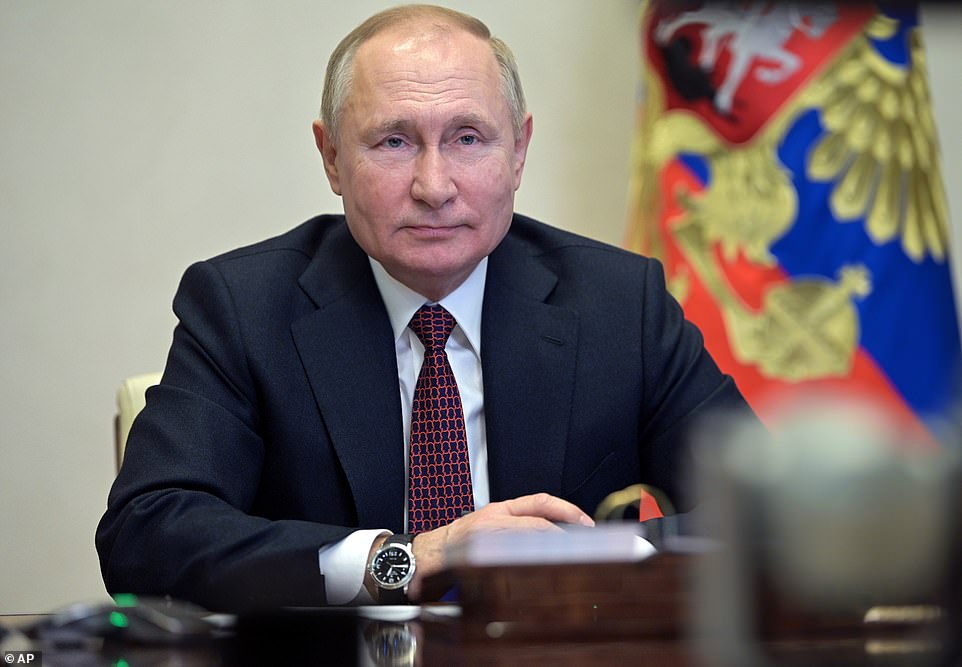 Putin even tried to link modern-day cancel culture to Nazi book burnings of the 1930s, claiming such things would never happen in Russia even as his regime imposes a ‘free speech lockdown’ which can see dissidents who call the invasion a ‘war’ jailed for 15 years. The Russian despot has also spoken of ‘cleansing’ everyone from Russian society who is too Western or harbors western thoughts. 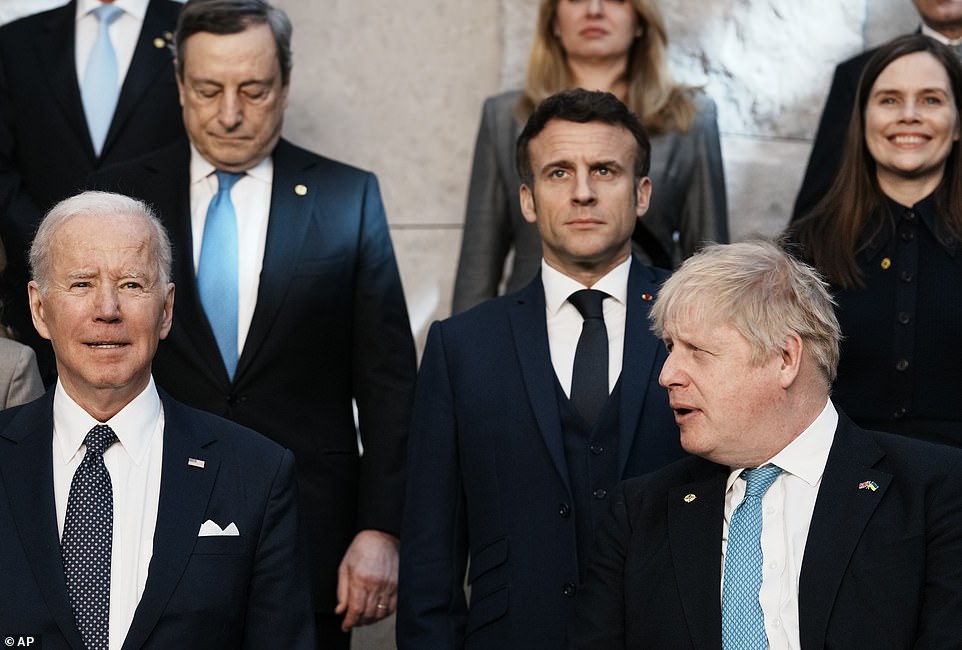 Britain, the US and the EU have hammered Russia with sanctions in the wake of Putin’s attack on Ukraine which have crashed the rouble, including cutting it off from banking systems and trade, while Western brands withdraw, leaving its economy in tatters. But Putin took particular ire with the decision of some Western institutions to remove works by Russian artists, authors and composers in response to the war. 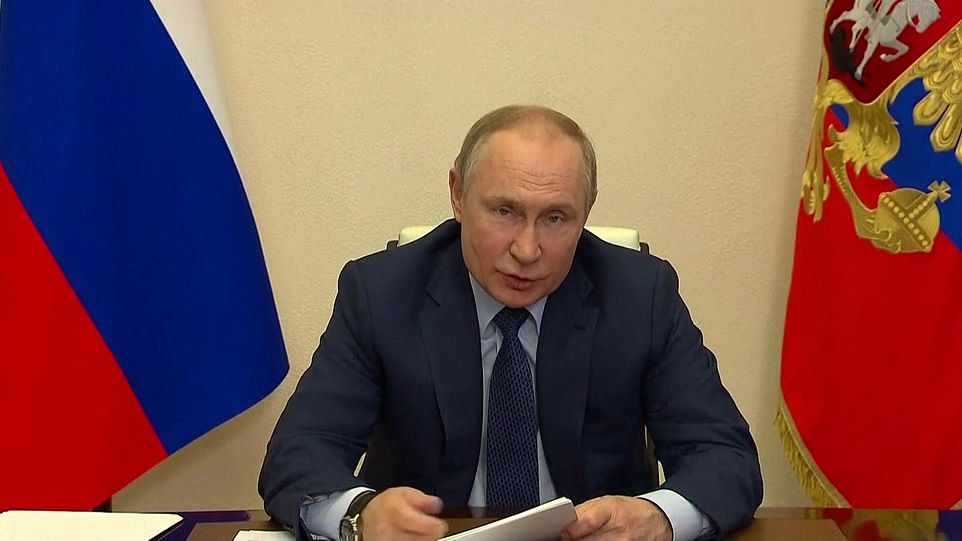 Putin has long sought to paint Russia as a pariah state that is being victimized by a capricious West, but has massively ramped up the rhetoric since the outbreak of war. Since the invasion, the Russian leader and his inner circle have spoken of a ‘new Iron Curtain’ being deployed while likening sanctions to ‘a declaration of war’. Sergey Naryshkin, head of the foreign intelligence service, spoke early in the invasion of ‘attempts to destroy our state – it is ‘cancelation’, as it is now customary to say in a ‘tolerant’ liberal-fascist environment’. Pictured: A painting shows Putin killing a dove in Lyon, France. 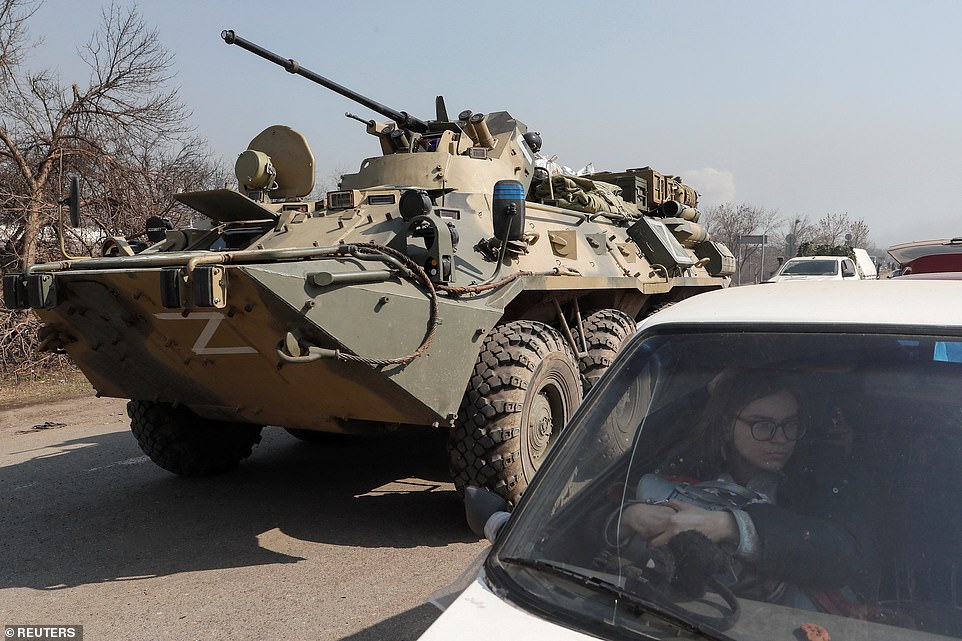 Russia’s war in Ukraine – intended to be a days-long military mission to decapitate the government and bring the country back under Moscow’s influence – is now grinding into its second month with huge losses for both sides.