An imprint of JK Rowling’s handprints in her home town of Edinburgh have been splattered with red paint amid accusations of transphobia.

The handprints, which were installed outside of Edinburgh City Chambers in 2008, have been targeted with blood-like paint following backlash against comments made by Rowling.

Images of the usually gilded prints now splattered red were shared to social media by trans activists, with a transgender rights flag placed nearby.

Rowling’s recent comments, such as suggesting that gender transition hormones are a ‘new kind of conversion therapy’, have been denounced as ‘homophobic’ and ‘transphobic’.

The handprints, which were installed outside of Edinburgh City Chambers in 2008, have been targeted with blood-like paint following backlash against comments made by Rowling

The term TERF, which stands for ‘trans-exclusionary radical feminist’, has also been linked to Rowling amid a furious row over transgender issues throughout the past month. 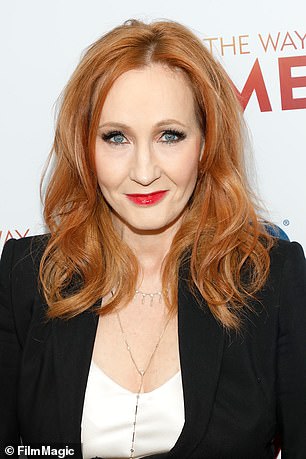 J.K. Rowling has attracted criticism recently over her views on transgender issues, which have angered many activists

The Harry Potter author sparked fury in recent weeks when she reacted to an online article titled ‘Opinion: Creating a more equal post COVID-19 world for people who menstruate.’

‘People who menstruate.’ I’m sure there used to be a word for those people. Someone help me out. Wumben? Wimpund? Woomud?’, the award-winning writer told her 14.5million followers.

In a series of tweets, Rowling said she supported transgender rights but did not believe in ‘erasing’ the concept of biological sex. 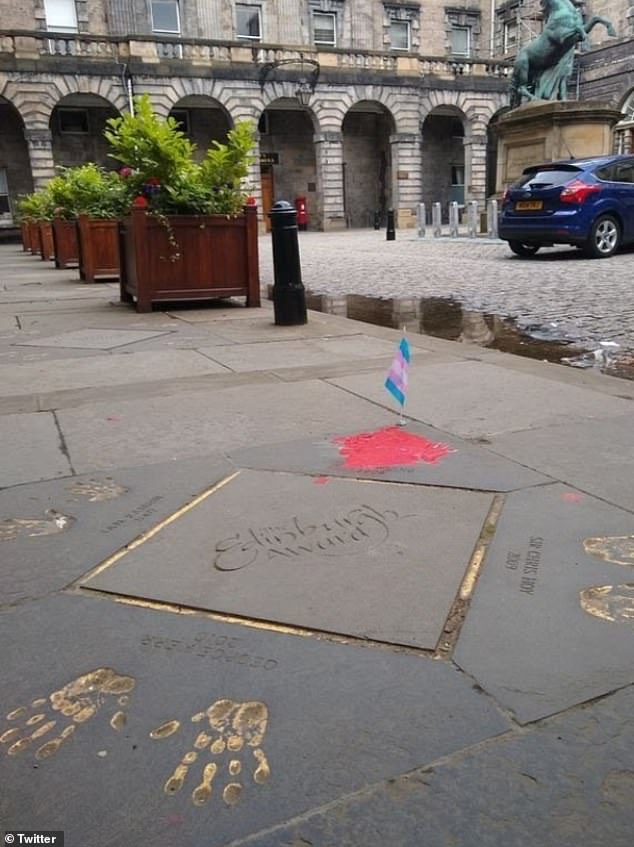 The handprints were installed when Rowling received the Edinburgh award, by popular vote from the city in 2008, just a year after she released the Deathly Hallows

Rowling’s remarks sparked backlash from a range of stars including Rupert Grint, Emma Watson – who played Hermione in the film franchise, Daniel Radcliffe who played Harry and Eddie Redmayne, who stars in her Fantastic Beasts films.

The handprints were installed when Rowling received the Edinburgh award, by popular vote from the city in 2008, just a year after she released the Deathly Hallows.

Ms Rowling has faced an intense backlash since she took issue with an online article about ‘people who menstruate’ last week – including from actors starring in the movie adaptations of her novels, such as Daniel Radcliffe and Emma Watson.

Then yesterday, it emerged that a school in West Sussex dropped its plans to name a house after the author, telling parents Ms Rowling was ‘no longer an appropriate role model for our community’.