Jo Konta has been withdrawn from Wimbledon after coming into close contact with a positive COVID-19 case.

The tournament confirmed: ‘The Referee’s Office has advised that Johanna Konta (GBR) has been withdrawn from the Ladies’ Singles Draw, having been classified as a close contact of a positive test for COVID-19.

‘In line with government legislation, Konta is required to spend 10 days in self isolation.

Following the withdrawal of Miss Konta: Her position on line 8 will be replaced by lucky loser Yafan Wang (CHN).’

The 30-year-old had been due to start her home Grand Slam on Tuesday against Katerina Siniakova, and was coming in high on confidence having won the Nottingham Open two weeks ago.

Konta enjoyed an impressive 2018 season, reaching the semi finals of the French Open and the last eight at Wimbledon and the US Open, but has failed to reach those heights since.

She has progressed past the first round of a Grand Slam just once since, but after her recent success would have been hopeful of a deep run over the next two weeks. 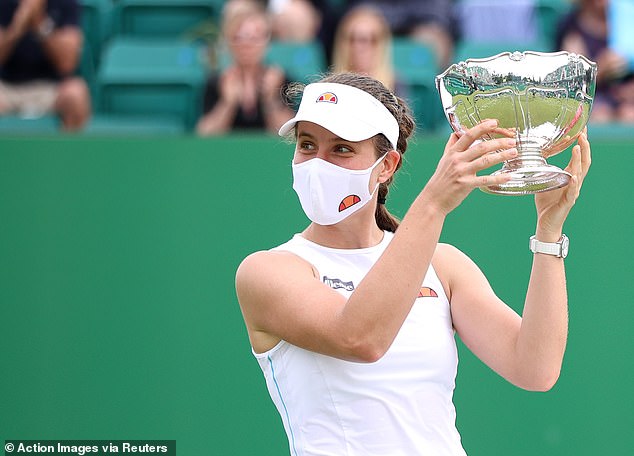 In a press conference ahead of Wimbledon getting underway, Konta spoke about moving into the bubble for the tournament.

‘In terms of the bubble life, it is very odd,’ said the British No 1.

‘It’s odd to drive past kind of my home every day on the way to Wimbledon, kind of half an hour into the journey I’m like, “Oh, okay. That is odd.”

‘It’s a small price to pay to be able to be back and playing again here at Wimbledon. I mean, the way the set-up is, it’s quite similar to the US Open. It’s kind of like an all-inclusive cruise.

‘I’ve never been on a cruise, but that’s how I imagine an all- inclusive cruise to be.’ 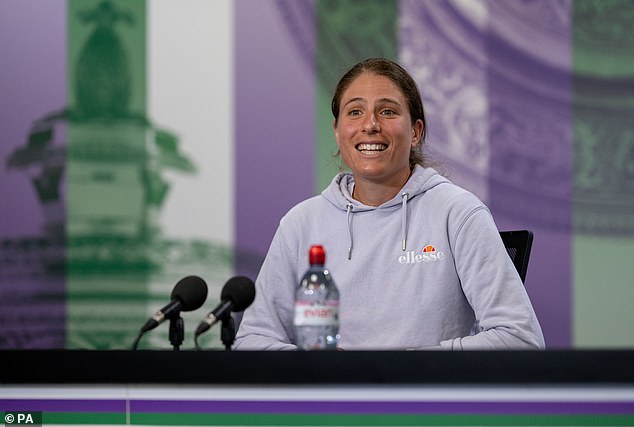