Jo Konta has delivered a blow to Great Britain’s hopes in the Fed Cup competition by admitting that she will be taking a year out of playing in the premier women’s team competition this season.

The British No 1 was key to GB getting promoted in the event last year, and her performance in London versus Kazakhstan in April proved the springboard to the excellent 2019.

But she is rescheduling her programme this year and will not be at the play-off match against Slovakia in Bratislava next month, which is the qualifier for the new 16-team finals week taking place in Budapest next April.

In another potential blow to Captain Anne Keothavong, Katie Boulter said on Friday that she has yet to make up her mind about playing.

Better news for British tennis on Friday morning was Harriet Dart qualifying for the Australian Open to make it four women and three men in the main singles draw.

Konta explained her decision: ‘I wouldn’t say it’s because of the knee,’ she said. 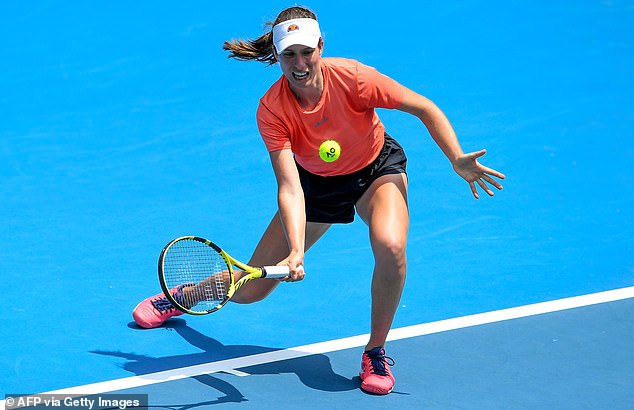 ‘I think it’s definitely part of it or part of the conversation of it, but I had a really good chat with Anne in November and so everyone who is important to me does know about this decision and has been really supportive and on-board with it.

‘It’s kind of a combination of things: it’s an Olympic year this year, it’s something that I’m looking to just schedule things slightly differently – for the longevity of my body and to be able to come back in following years and hopefully play more Fed Cup.’

Boulter, playing again after a long layoff due to a stress fracture in her back last year, added: ‘I’m going to see how it goes, see how my body is, clearly I haven’t played that many matches yet. I need to play more and I’ll make a decision after. Obviously Jo’s stated she won’t be playing and it’s a massive loss.’

The air quality was again good in Melbourne on Friday and Konta is hoping that will be the case when the main draw commences next week. 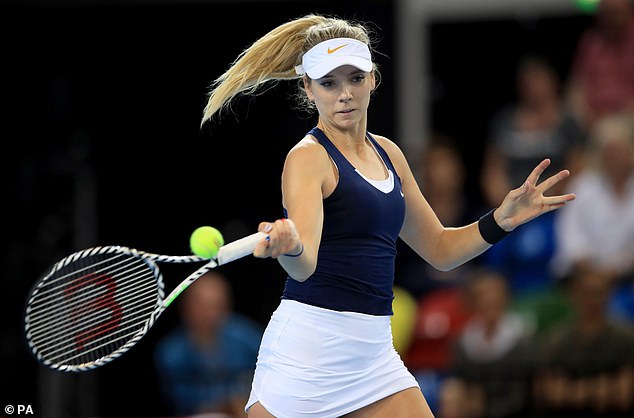 ‘I was practising on Tuesday when it was quite bad, you could fell the lack of oxygen and the different contents in the air.

‘It’s not a healthy environment to play in but it’s one of those things and it’s the reality of our situation.’

Dart defeated Italy’s Giulia Gatto-Monticone 6-3, 6-1 and was waiting to be placed in the main draw. It is the third consecutive Grand Slam in which she has successfully come through a qualifying event.