After enjoying a season as glittering as the one Leroy Sane has, the pacey Manchester City star has claimed he is ready to set the world alight in a Germany shirt.

Just 22 years old and Sane has proved himself a crucial cog in the well-drilled Pep Guardiola machine as City march on towards the Premier League title, and he has insisted he is ready to make his mark for his country too.

Sane came off the bench in Friday’s 1-1 draw with Spain but was unable to impact a tie destined for a draw. 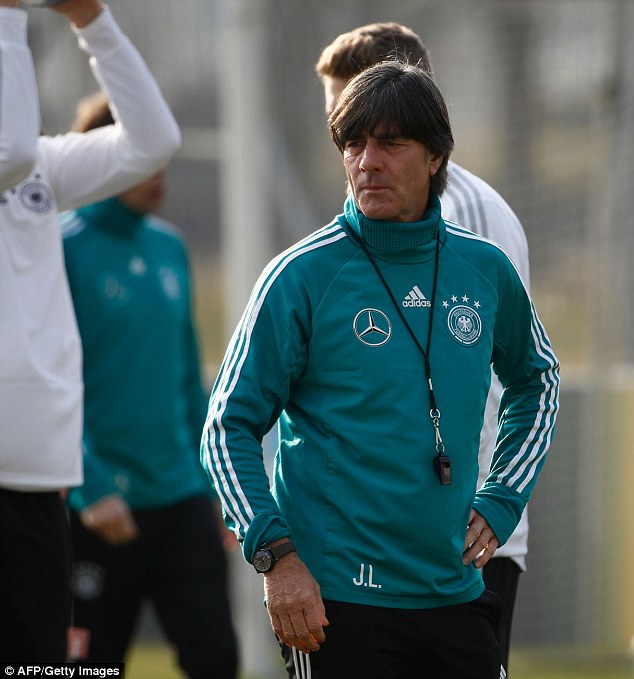 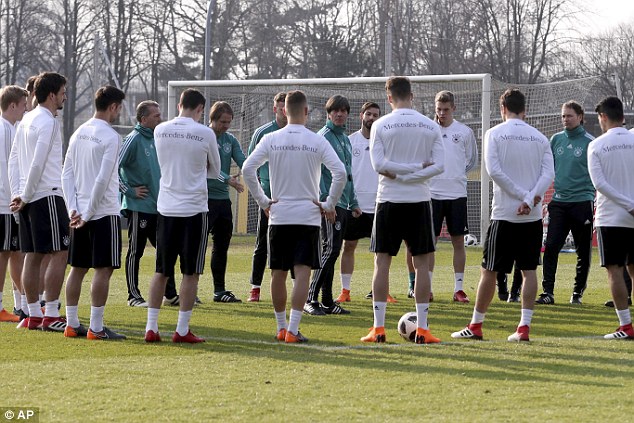 The Germany youngster, who will win his 11th cap for Die Mannschafft when they face Brazil in Berlin on Tuesday night, hopes he can prove to manager Joachim Low his importance ahead of their World Cup defence come this summer’s tournament.

‘I always try to show myself in one-on-one (situations) and open up gaps,’ Sane said. ‘I hope to be able to prove that in games of the national team.

‘The coach will prepare us very well for the opponent. Brazil has become much stronger and has a very strong team even without Neymar.

‘Each of us is fired up to play against Brazil – and of course we want to win.’ 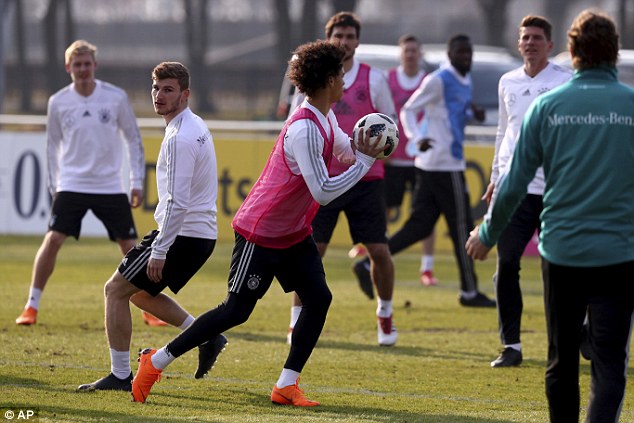 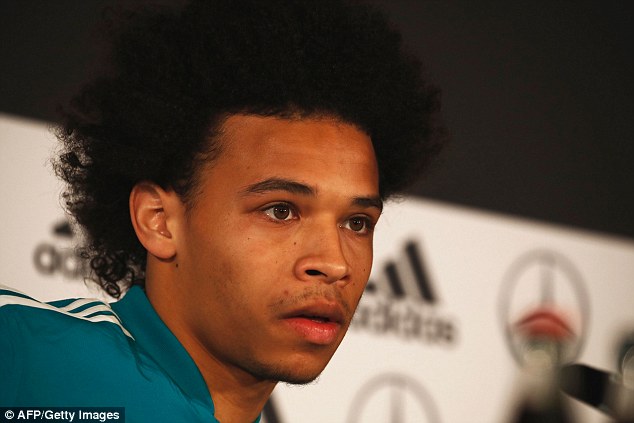 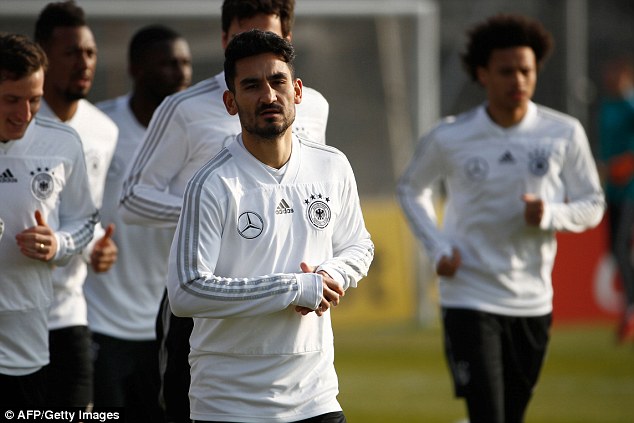 Low watched on in the German capital on Sunday afternoon as his squad continued their preparations for this mouth-watering encounter and, although it is not the real deal yet, Brazil will be hot on the heels of their hosts as they look to avenge that 7-1 thrashing suffered on their own turf at the last World Cup.

Sane’s City team-mate Ilkay Gundogan will also be available for selection and has backed his club and international colleague to shine in Russia.

‘The speed of Leroy with ball is second to none,’ Gundogan said. ‘He has proved this season several times already what is in him.

‘He has managed to focus on the essentials. He has once again made a big leap this season.’

Neymar will be missing from Tite’s five-time world champions, while Germany will be without Mesut Ozil and Thomas Muller, who have both returned to their respective clubs. 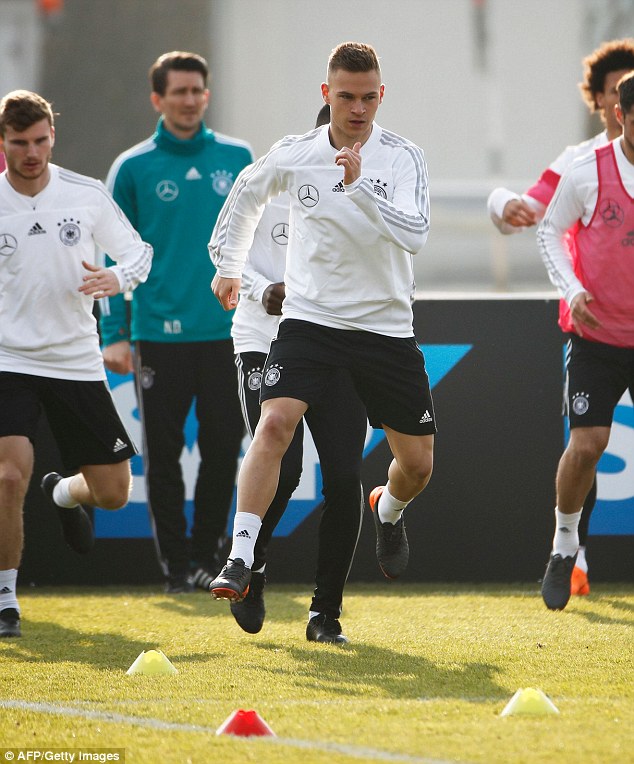 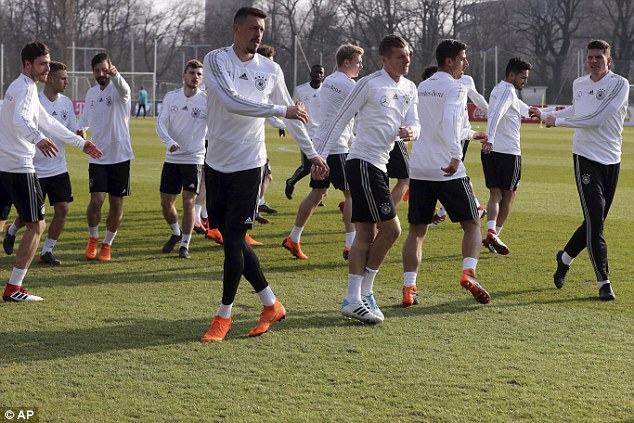 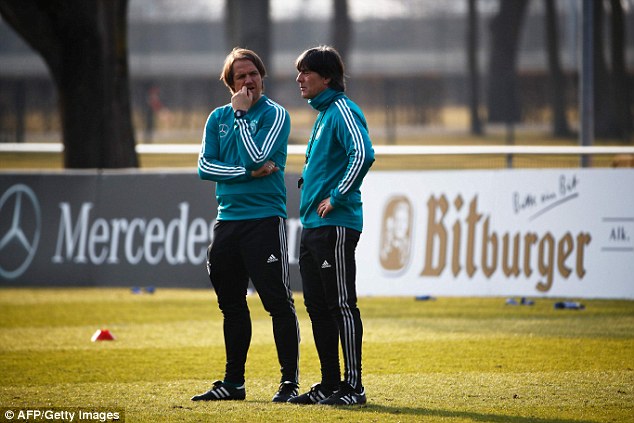