Joan Collins has given fans a look at her new role in medieval drama series Glow and Darkness, which also stars Denise Richards and Jane Seymour.

The 87-year-old actress is set to play Adelaide of Maurienne, a 12th century queen of France as the second wife of King Louis VI.

Taking to Instagram on Monday, the Dynasty star exuded elegance as she posed in full costume on the set.

First day filming: Joan Collins has given fans a look at her new role in medieval drama series Glow and Darkness. The 87-year-old actress is set to play Adelaide of Maurienne

The star was dripping in jewels as she donned a pearl drop choker and earrings as well as a bejewelled crown.

She captioned the snap: ‘My first day on the set of new #blockbuster #glowanddarkness as Queen Adelaide of Savoy @dream.light_dl’. 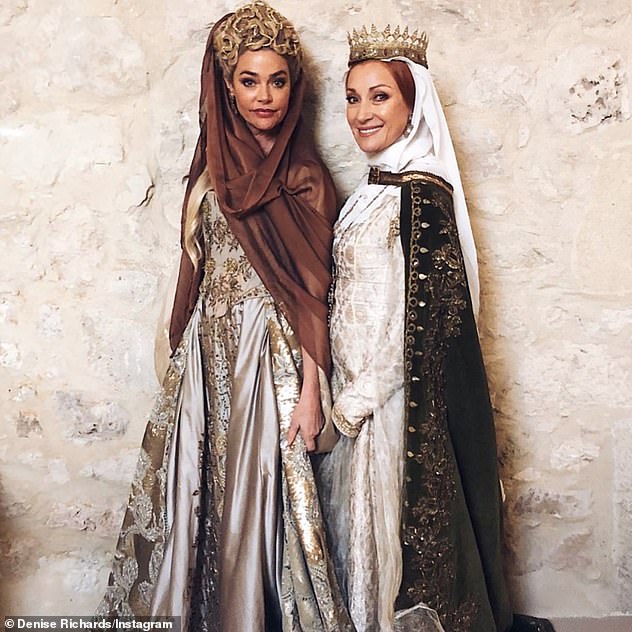 On break: Denise Richards announced on Sunday that her new series Glow And Darkness with Jane Seymour has suspended shooting

Adelaide became the second wife of King Louis VI of France in 1115 , and they had nine children, the second of whom became Louis VII of France.

She was one of the most politically active of all France’s medieval queens, with her name appearing on 45 royal charters from the reign of Louis VI. 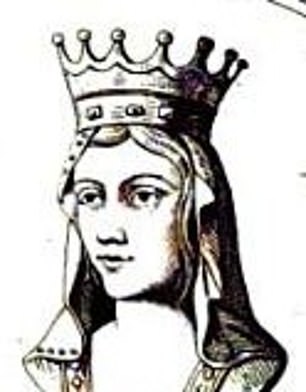 Icon: Adelaide became the second wife of King Louis VI of France in 1115

After Louis VI’s death, Adelaide did not immediately retire to conventual life, as did most widowed queens of the time. Instead, she married Matthieu I of Montmorency and they had one child.

She remained active in the French court and religious activities.

Glow and Darkness, which is being filmed in Italy, France, Morocco, Egypt and Spain, is also set to feature Denise Richards, 49, and former Bond girl Jane Seymour, 69.

The medieval drama depicts the live of Saint Francis of Assisi, while focusing on popular historical figures such as Richard the Lionheart and Leonor of Aquitaine (Seymour).

Writer Alejandro Gillermo Roemmers created the series and co-wrote the first season with Jose Luis Moreno, with José Luis Alcaine as his director of photography.

Speaking to Variety about the project, Alcaine said:  ‘We have to think about the lighting during that time and recreate it to give the sets the appearances they would have had when those palaces and churches were built, without changing them, but rather by adapting them to the way we work’.

This won’t come cheap, however, with Moreno predicting the budget will triple his last English-language period endeavor Queens, made for RTVE.

He told the site: ‘I can’t give you the exact budget because we’re planning three seasons, and there will be massive battles and VFX.

‘But, thinking of Queens, which I think was a pretty big deal, I believe we will triple it. Of course, that’s not set in stone because we will be shooting for six months still.’

‘If everything goes wrong it will be my fault, because we have the means!’

Filming began at the start of the year, but was suspended in March due to the coronavirus pandemic. 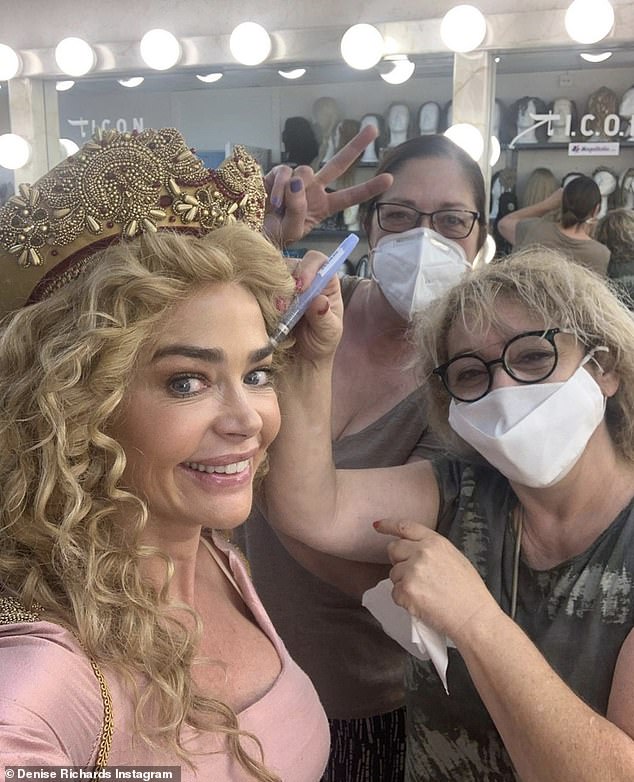 Staying safe: Denise has been sharing behind the scene pictures of her work on the set, which was suspended in March during the pandemic

Holding nothing back, she said: ‘I’ve always thought Western society was terribly ageist, and I don’t just mean showbiz folk but across the board.

‘That was utter discrimination against the hardy individuals who have no health issues. But more harmful was bolstering the existing belief among the general public that the old should keep out of everyone’s way.’

The star added that she declared ‘stunningly healthy’ by her GP on her most recent visit, and has never limited herself by her age, which was true of others too.

Picking out fellow elderly actors, Joan said it was a shame 88-year-old Coronation Street star William Roache, who plays Ken Barlow, was not allowed to return to work because of the government’s advice.

She also detailed her shock when pal Christopher Biggins, 71, was stopped by members of the public during a run, because they believed he should remain inside. 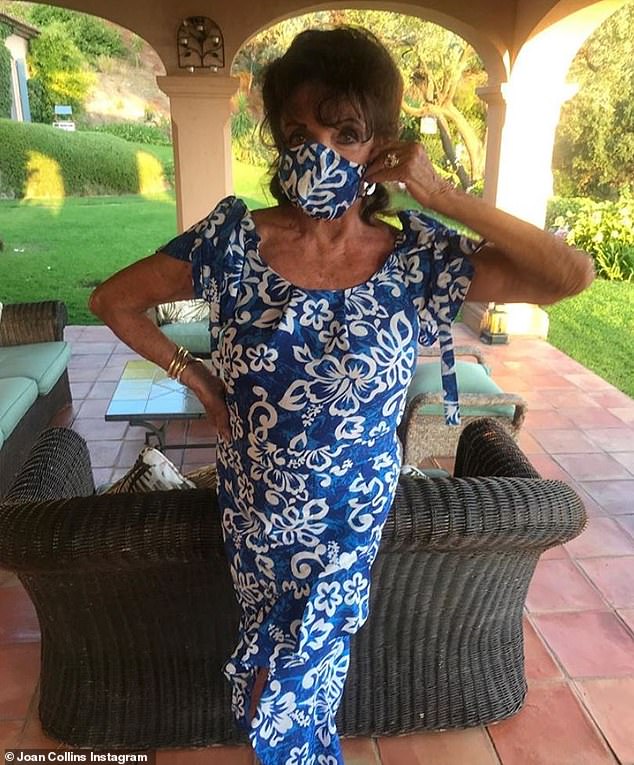