Joanna Ingham, who boarded a Malaysian ship and swam through crocodile-infested waters, dies at 43

A mother-of-two whose body was mysteriously found inside a run-down motel once stowed away on a ship before jumping into shark and crocodile-infested waters after being caught by the captain.

The body of Joanne Ingham, 43, was discovered by police at the Harbour City Motor Inn on Webb Street in Wellington on Tuesday.

Detectives described her death as ‘unexplained’ and have launched an investigation.

Joanne had a tumultuous life before her tragic death, making world news in 1997 when she and her twin-sister Sarah, then both 18, snuck aboard the 178m Malaysian container ship Bunga Terasek. 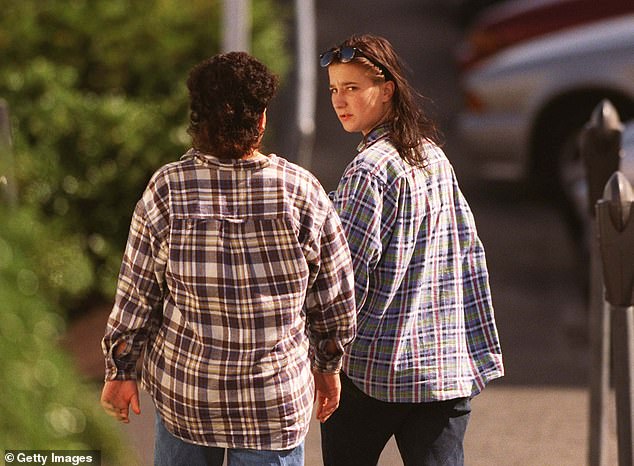 Joanne Ingham (r) leaves the Takapuna District Court on her birthday, after seeing her twin sister Sarah, sentanced to 14 days in jail on charges of driving while disqualified and supplying false information

Sarah had met and fell in love with sailor Ja’afar bin Mohamed Zan, who was 27 at the time, the New Zealand Herald reported.

Ja’afar was a crew member of the ship Bunga, which had docked in Tauranga. He managed to convince a crew mate to smuggle the two girls on to the ship and put them in adjoining cabins.

The ship then set sail away from the dock, heading across the Tasman Sea, with the sisters smuggled on board.

The pair were given food and water by Ja’afar and were able to enjoy the fresh air and sights of the open sea when he let them out of their cabins at night.

But it wasn’t long before Sarah and Joanne were found by the ship’s captain and locked in the cook’s quarters. The captain said the pair would be taken to customs once the ship landed in Australia.

Sarah, Joanne and Ja’afar devised a plan to jump off the ship and swim to shore once the Bunga Terasek got close enough to land.

On the night of April 20, Ja’afar knocked on the window of the cook’s quarter and told the sisters it was time to escape, believing they were within swimming distance to the shore.

They took one bag with them containing clothes, food, insect repellant, knives, lifejackets, and four lifebuoys, before jumping off the ship. 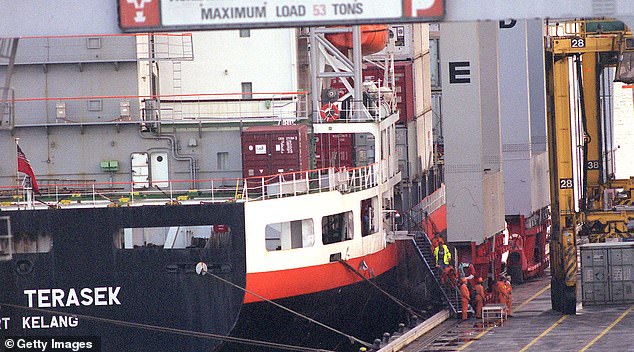 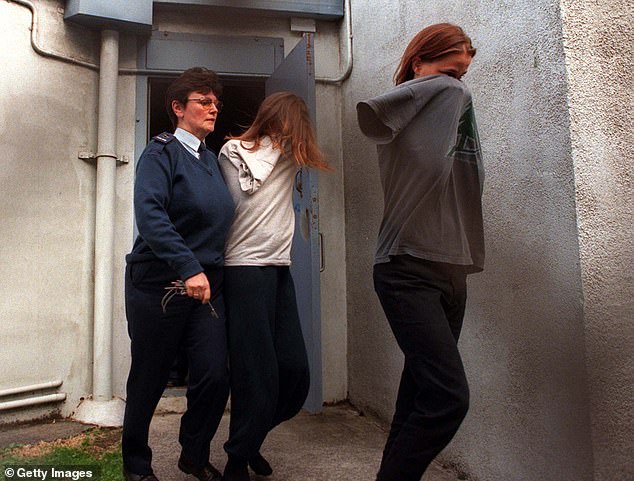 Ja’afar cautioned the pair to hold their lifejackets at their sides when they jumped so they didn’t break their necks or fall under the ship and get torn up by the propeller.

They jumped into the water and began floating past Princess Charlotte Bay as they swam their way towards Cairns.

‘All I can remember is hitting the water, then being under the water for, I dunno, 30 seconds or something like that, and then coming up and the ship was way gone,’ Sarah later said in an interview.

Unbeknownst to the trio, they were swimming in waters inhabited by sharks and crocodiles.

Ja’afar saw a shark at one point during their swim but didn’t tell Sarah or Joanne for fear they’d scream.

The trio swam through the chilly ocean for several hours but were making no significant progress towards the shore. 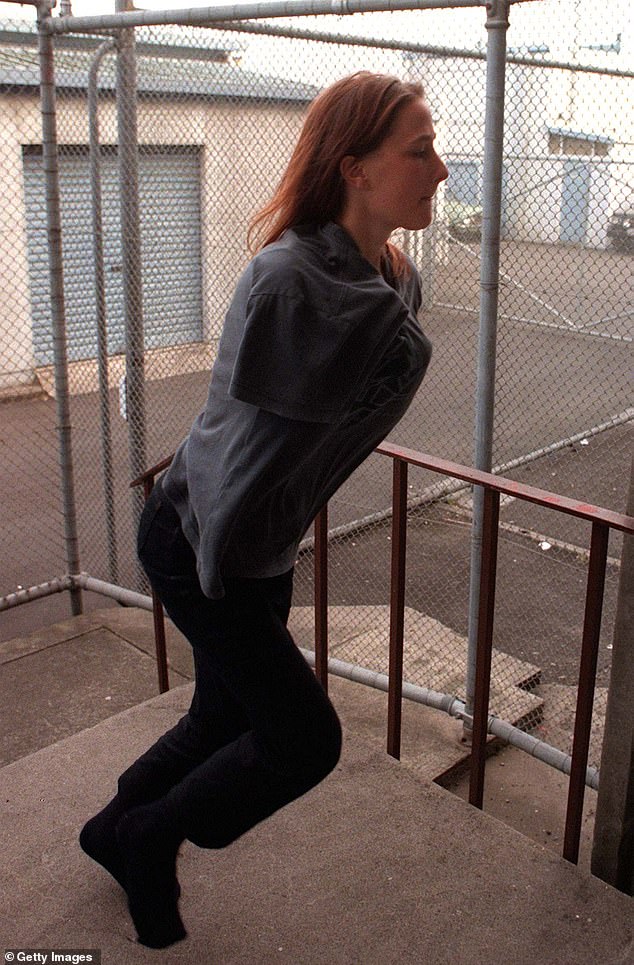 Joanne had a tumultuous life before her tragic death, making world news in 1997

By this time, the crew of the Bunga Terasek had discovered they were gone and alerted Australian authorities.

Six planes and a helicopter were sent out to carry an extensive search for the sisters but they never found them.

However, Sarah, Joanne and Ja’afar did make it to land after swimming a distance of 19km’s in the sea which spanned a whopping twenty hours.

They stayed at a beach north of Cairns, making a shelter to sleep under and lighting a fire for warmth and to cook the fish, oysters and crabs they captured.

The next morning the trio made their way south and trekked on the road and bush  for the next three days.

Their trek came to an end when they crossed an Aboriginal outpost at Stoney Creek. 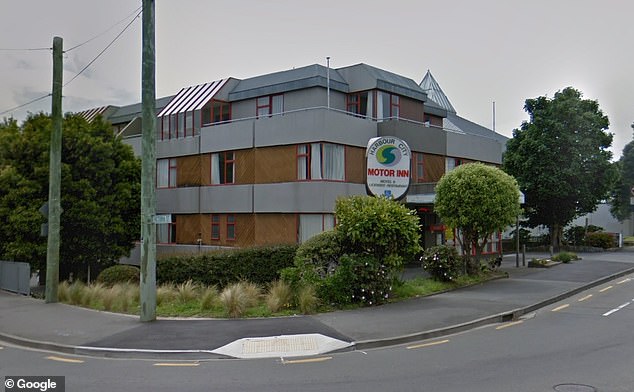 The body of Joanne Ingham, 43, was discovered by police at the Harbour City Motor Inn (pictured) on Webb Street in Wellington on Tuesday

The Aborigines at the outpost, who were initially frightened by their appearance, fed them and offered to drive the trio to the rural town of Coen which was 500km away from Cairns.

After eight hours of rough driving over rocks and uneven ground, Sarah, Joanne and Ja’afar were left on the town’s outskirts.

Local residents alerted the police of their presence and the trio were found by officers the next day dehydrated, dishevelled and sunburnt.

Police and residents were shocked the twins had survived the harsh environments for two weeks and avoided the sharks, jellyfish and crocodiles frolicking in the waters north.

Initially the sisters were arrested for allegedly breaking into the town’s general store to take clothes and food, but police deported them back to New Zealand instead.

The sisters soon touched down back in their home country and were re-joined by their stricken parents Jeanette and Bernard.

News of the sister’s survival and journey made international headlines and they were highly sought after for interviews to tell their extraordinary story.

The sisters later moved to Malaysia in 1999, where Sarah married Ja’afar and Joanne wed fisherman Hanafi Bin Salleh and had two children.

Both of the sisters converted to Islam.

In 2004, Joanne flew back to New Zealand with her kids on the premise she was going on holiday.

However, she instead stayed in her home country and never returned to to Malaysia. Sarah joined her later on.

Throughout the years she has struggled with alcohol addiction and has had a few minor run-ins with the law.

Joanne was found dead at her Wellington hotel room on Tuesday at the age of 43.

Police were called to the Inn at 2:40am before finding her body.

Her sister Sarah was spotted outside the hotel on the same day distressed and in tears.

Joanne’s ex-husband Hanafi Bin Salleh, whom she met in Malaysia, told the New Zealand Herald he was ‘shocked’ by her passing and hopes she ‘left in peace’.

‘As soon as I found out, I jumped onto Google to read all the articles and then I told my parents and my family. We will be holding a blessing and prayer tonight and over the next three days.’

‘I hope she left in peace, I will be praying for her.’

Police have labelled the death as ‘unexplained’ and are conducting an investigation as Joanne’s body undergoes a post-mortem examination.