The pingdemic is exacerbating a recruitment problem and creating such a void that desperate employers are offering five-figure sign-up bonuses to start.

Companies struggling to hire the most include retailers, HGV haulage and logistics operators and healthcare providers.

It’s forcing the likes of HC One, Elysium Healthcare and Tesco to offer golden hellos of £10,000, £5,000, and £1,000 respectively, according to research conducted by global search engine Adzuna.

Nearly 700,000 people have been pinged by the NHS Covid-19 app causing chaos among retailers and healthcare providers who are suffering from staff shortages

There are now more than 1.1million jobs are vacant through a combination of a skills shortage and the NHS app which has pinged nearly 700,000 users telling them to self-isolate at home after being exposed to someone with Covid-19.

Adzuna says that retailers have been hit particularly hard with 30,958 jobs left unfilled.

This is up 14 per cent from just four weeks ago when there were 27,139 jobs on offer. There are 10,262 positions available for supermarket workers, and 5,825 openings for retail assistants.

The pingdemic crisis has forced supermarket Iceland to announce that it will hire a further 2,000 workers to cover staff absences, which has resulted in the closure of some stores.

M&S has meanwhile warned that it may reduce its opening hours because of the pingdemic.

Andrew Hunter, co-founder of job search engine Adzuna, says: ‘The pingdemic has hit just as businesses start to get to grips with filling open roles.

‘The struggle to hire is one of the biggest challenges facing businesses, with hundreds of thousands of workers still on furlough, hesitation among others to go back to work, fewer overseas workers available to fill positions, and a lack of skilled staff in some sectors. 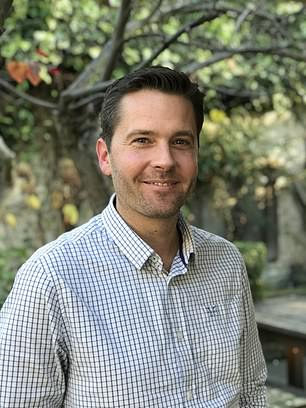 ‘The pingdemic has compounded these issues, as many jobseekers are forced to self-isolate over attending interviews or starting work.

‘This is on top of absences from existing staff who have been pinged.

‘It’s a critical moment for industries like the wedding sector and some smaller independent shops and restaurants, who are relying on the summer period to make up for lost income needed to keep their businesses afloat.

‘Meanwhile in sectors like construction and manufacturing, the pingdemic is causing pent-up demand as projects are delayed, meaning even more pressure to find staff going forwards.’

According to Adzuna there are a total of 72,244 jobs (6.5 per cent of all jobs ads on the platform) that are advertised as ‘urgent’ or requiring an ‘immediate start’.

Offering lucrative sign-up bonuses is the latest tactic employed by some recruiters desperate to fill positions – particularly as they find themselves short-staffed over the busy summer months.

Tesco has announced that new HGV drivers that join the company before 30 September 2021 will receive a bonus of £1,000.

Asda is also offering £1,000 sign up bonuses to HGV drivers too in some areas while Aldi is offering a driver apprenticeships programme.

Several recruiters are offering sign up bonuses of between £500 and £10,000 according to research by Adzuna

In the healthcare sector some recruiters are offering up even more lucrative bonuses.

HC One is offering a £10,000 welcome bonus (pro rata) for a registered nurse for its care home Cairnie Lodge in the coastal town of Arbroath to work night shifts.

Meanwhile the Priory Group is looking for a mental health nurse and offering a sign-up bonus of £5,000.

Voyage Care is offering £500 for those who successfully land its support worker role.

This comes after recruiters like Robert Walters said salary hikes of between 20 to 30 per cent are now ‘commonplace’ for some hard to source white collar roles across the UK. 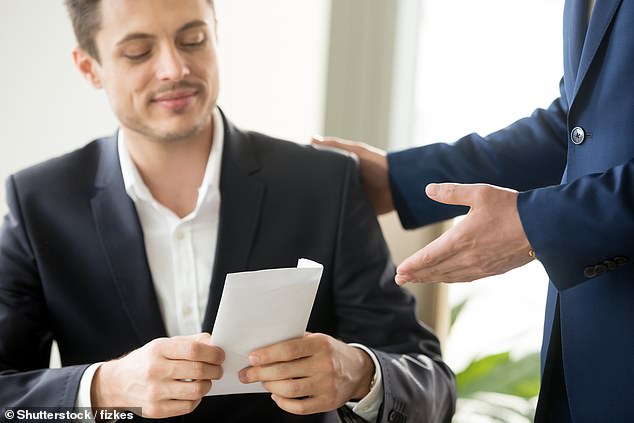 Signing bonuses are one-time payments given to employees on top of their salary when they start a new job. While they’re increasingly common, they’re not offered to ever job in every sector.

It’s possible to get a sign-up bonus when you’re fresh out of university or school, but that’s not always a given as it really depends on the type of job and sector you’re applying to and how desperate they are for talent.

According to recruitment platform, Monster, more experienced job seekers could get signing up bonuses of between five and 10 per cent of their base salary.

But there are some downsides to sign up bonuses. Hunter says: ‘Depending on the company, they may be paid as an up-front lump sum or split into multiple payments over a period.

‘Companies may also put other qualifying terms around these such as requiring you to stay working for them for a certain period, and you should ask the HR department to clarify these conditions.

‘It’s also important to note that these bonuses are subject tax and National Insurance in the same way as your regular pay cheque.’

They may also hide a low salary. Hunter adds: ‘The most common reason for a company offering a signing bonus is to help them compete for skilled staff, but there are a couple of other reasons too.

‘First, offering a signing bonus can be a way of compensating for a lower salary.

‘If a company has set salary bands and can’t meet a candidate’s salary expectations, they may offer a signing bonus to make up the shortfall.

‘In this case it’s important to weigh up if taking an upfront bonus will be worth the long-term dip in salary.

‘Second, signing bonuses can be a way of making up for any great benefits that a jobseeker may be losing by moving roles.

‘Paying for a relocation can be another reason for offering a signing bonus.

‘Finally, they’re often offered as part of a package to c-suite executives or high-level managers as a recognition of their expertise and a way of tempting them across.’

If you’re applying for a job in an industry that’s crying out for workers you could take the opportunity to ask for better pay or perks, like a sign-up bonus.

Here’s a list of ways you can negotiate a better deal for yourself:

Research the market rate: Use a tool like ValueMyCV to find out if you’re being paid fairly.

Andrew Hunter says: ‘If a company can’t meet your expectations on salary, that’s the perfect time to ask about a signing bonus.’

Justify the expense: Hunter says: ‘Will your commute be longer or more expensive, are you being offered the annual leave package you were hoping for, and do the other benefits given match up to your previous role?

‘These are all reasonable arguments to ask for a signing bonus to sweeten the deal.’

Look past the upfront cash: Hunter says: ‘In some instances it can be advantageous to suggest a higher salary over a sign-on bonus.

If you’re planning to stay at a company for the long term, a higher starting salary will overtake a signing bonus in overall benefit – as well as helping you start from higher up the salary ladder, meaning any percentage raises you may get will ultimately be bigger.

Study the fine print: Make sure you are aware of all the terms and conditions.

‘Ultimately, negotiating an extra upfront pay perk can be extremely tantalising, but it’s important to make sure it doesn’t limit your longer-term career options.’