The federal government’s JobKeeper and JobSeeker payments could be extended as part of the first economic forecast in more than six months.

Calls to extend the government payments beyond their September deadline will be outlined in the ‘mini-budget’ on Thursday on the back of the horror second wave of the COVID-19 pandemic currently sweeping across south-eastern Australia.

The traditional handing down of the May budget was postponed until October 6 because of the coronavirus pandemic.

While vague on detail, Finance Minister Mathias Cormann has given a broad outline of what to expect from that response, indicating there would be ongoing support in terms of the JobKeeper program.

The federal government are set to respond to a Treasury review of JobKeeper and JobSeeker payments on Thursday. Pictured: a queue at a Melbourne Centrelink office in April

‘Once we get to the end of September it will be a matter of making sure that any ongoing support is appropriately targeted to those businesses who genuinely need it,’ Senator Cormann told Sky News’ Sunday Agenda program.

The JobKeeper payment of $1500 a fortnight was made available to eligible businesses to enable them to pay their staff even if they were not open during the pandemic.

Opposition finance spokeswoman Katy Gallagher said there was room to ‘target, test and taper’ the payment.

‘Obviously there is going to be a need for continued support,’ she told reporters in Canberra.

The introduction of JobKeeper did include unions agreeing to be more flexible in their work arrangements during the crisis, a position Senator Cormann hopes will continue.

ACTU president Michele O’Neill wants to see the program extend for at least six months for those who need it.

‘As far as the provisions in the Fair Work Act, we will look at what the government announces,’ she told ABC’s Insiders program.

The JobSeeker dole payment, formerly known as Newstart, was effectively doubled to $1100 per fortnight through a $550 supplement.

Senator Cormann did not rule out raising the payment once the supplement ends in September. 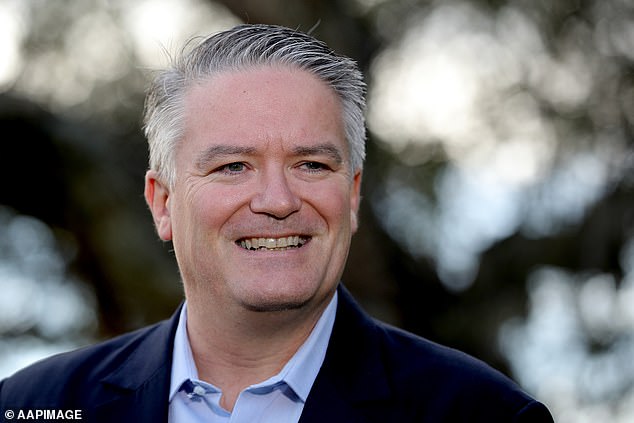 ‘We’re making judgments on the most appropriate arrangements into the future,’ he said.

There has been widespread calls for some time for the dole payment to be increased from its pre-pandemic level of $40 a day, including from the Business Council of Australia, ACOSS, Deloitte Access Economics, the Reserve Bank, as well as from Labor and the Greens.

‘Certainly $40 a day is not acceptable. We have got 1.6 million relying on the JobSeeker payment,’ Senator Gallagher said.

‘The government will need to spend more and they’ll probably also need to spend differently in a range of ways,’ Mr Richardson told ABC television.

In terms of other initiatives, Senator Cormann indicated people may have to wait until the full budget on October 6.

He said targeted tax initiatives to give businesses confidence to invest and hire more Australians is going to be ‘part of the tool kit’.

There has also been talk that legislated income tax cuts due in 2022 will be brought forward. 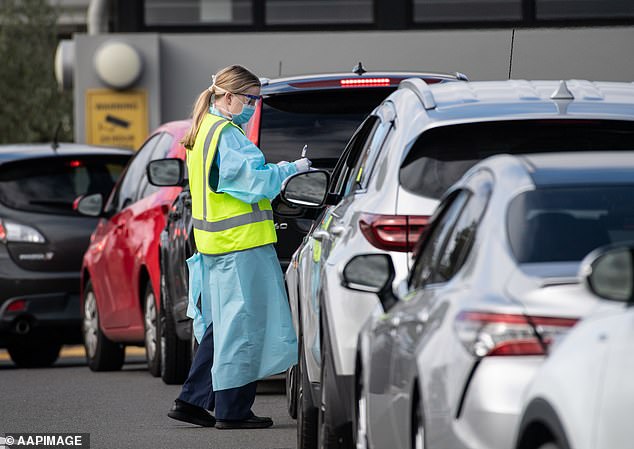 Calls to extend JobKeeper and JobSeeker beyond their September deadline will be outlined on Thursday. Pictured: a nurse tests patients at the Crossroads Hotel in Sydney on Friday