The professional services industry has more companies seeking access to  JobKeeper funds than any other sector.

More than 800,000 companies have registered interest in the government scheme, which can then be distributed to laid-off and furloughed employees, giving around six million Australians $1,500 per fortnight.

Construction businesses make up 13.3 per cent, health care companies 9.8 per cent and retail businesses represent 7.3 per cent of interested companies.

These sectors have a large percentage of casual employees, who are not eligible for the payments unless they have been with one employer for a year.

Brian Mitchell, federal Labor MP for Lyons in Tasmania, said: ‘Far too many Australians are missing out on the income assistance they need.’

The ATO analysis, seen by news.com.au, only shows the number of companies that have applied from each industry – not the number of workers that will benefit.

Construction businesses make up 13.3 per cent of companies that have expressed interest in JobKeeper. Pictured: Construction workers in Sydney 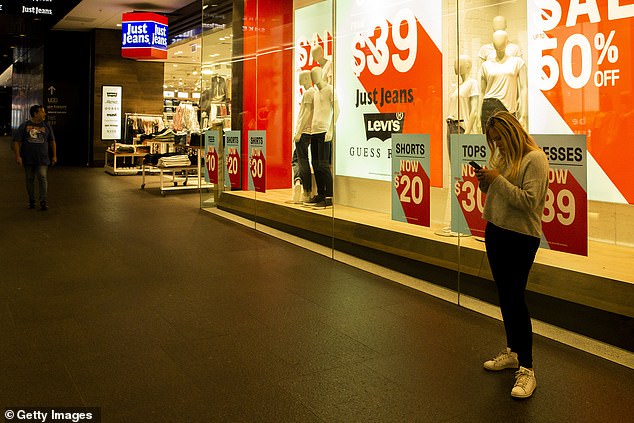 Retail businesses represent 7.3 per cent of interested companies after thousands of shops were forced to shut their doors. Pictured: The store front of Just Jeans is seen on March 26 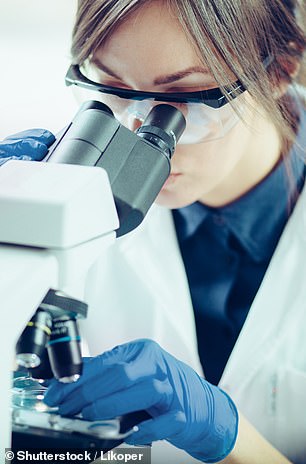 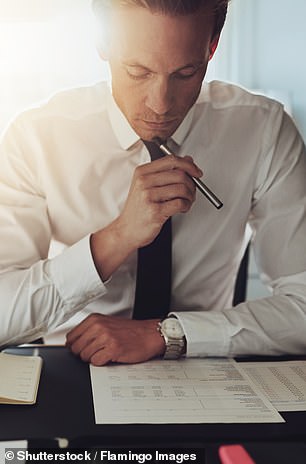 Law firms, accounting firms, consulting companies, science labs and other professional services companies make up 14.4 per cent of expressions of interest in the scheme

Applications for the JobKeeper scheme open today. Companies that had taken a revenue hit of at least 30 per cent due to the coronavirus lockdown can apply for $1,500 per fortnight for each of their workers.

Businesses with annual revenue over $1billion have to suffer a revenue reduction of 50 per cent to qualify.

That includes James Packer’s casino empire Crown Resorts, which has expressed interest in the scheme after laying off 20,000 staff while its properties sit idle.

The money will be paid by the ATO to companies in the first week of May and must be passed on to employees.

Company expressions of interest in JobKeeper by industry

Other services: 9.9 per cent

Workers will be told by their boss if their company intends to apply for the JobKeeper payment. All employees have to do is fill out a form making a claim and the employer does the rest.

The scheme will pay the wages of an estimated six million Australians until the end of September.

The $130 billion policy is designed to tide over workers until the economy rebounds, and keeps them tethered to their employers.

On Sunday New South Wales recorded six new cases of coronavirus, Victoria recorded one case and Queensland had no new cases as Australia continues to ‘flatten the curve’ of the infection rate.

It comes as the fate of Virgin Australia remains up in the air, with New South Wales government offering a bailout if it relocates its headquarters to the under-construction airport at Badgery’s Creek in Sydney’s outer west.

The Queensland government too has offered a $200 million lifeline provided Virgin retain its Brisbane headquarters. 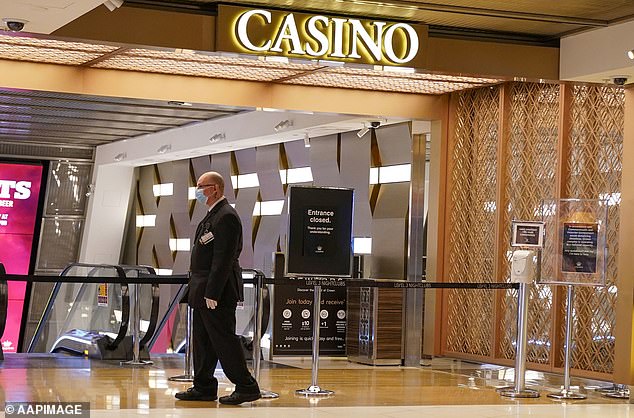 Businesses with revenue over $1billion have to suffer a revenue reduction of 50 per cent to qualify. That includes James Packer’s casino empire Crown Resorts, which has expressed interest in the scheme after laying off 20,000 staff. 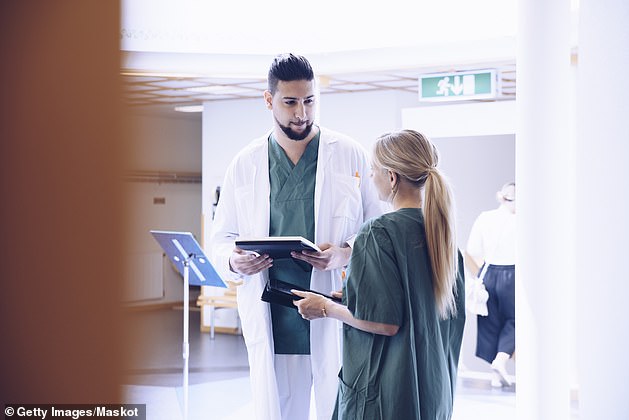 Health care and social assistance companies make up 9.8 per cent of businesses interested in JobKeeper. Private hospitals have been struggling since elective surgery was banned

Virgin is carrying about $5 billion in debt and its domestic and international business has been decimated by the travel bans instituted because of coronavirus.

The carrier has been seeking federal government help but the Morrison government has rejected its request for $1.4 billion, saying Virgin Australia’s rich owners – including Etihad and Singapore Airlines – should be provided a bailout and not taxpayers.

What do employees need to do?

1. Your employer will notify you if they intend to claim the JobKeeper fortnightly payment of $1,500 on your behalf. If you have multiple employers you must chose one and ask them to claim JobKeeper on your behalf.

2. Complete the JobKeeper employee nomination notice provided by your chosen and agreed employer and return it to them as soon as possible. The form captures simple information to confirm who you are and that you choose to be nominated by them.

3. If you claim JobSeeker you need to cancel it by contacting Services Australia. You cannot claim both JobKeeper and JobSeeker.

You will not be paid the JobKeeper payment by the ATO. The payment comes from your employer who is later reimbursed by the ATO. Tax will be withheld from the payment so you may receive less than $1,500 in your bank account. 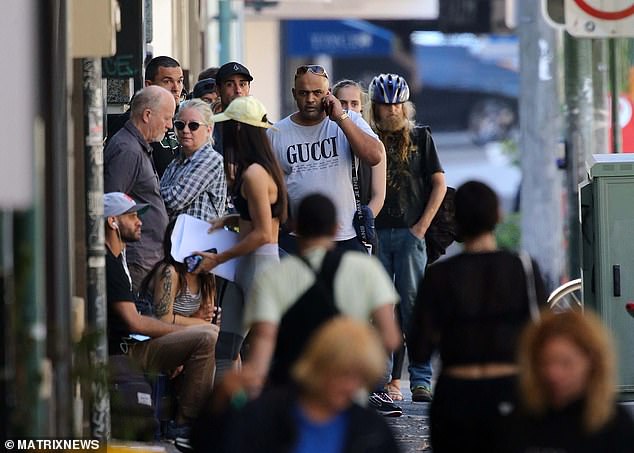 Large companies that have laid off workers. Total: 124,995

Now NSW has stepped in, with Treasurer Dominic Perrottet telling Sky News on Sunday night it was considering offering support and pointing to the new aerotropolis being built at Badgerys Creek in western Sydney.

‘Virgin should have their headquarters for both Virgin and Tiger in Sydney,’ Mr Perrottet said. Tiger Air is owned by Virgin Australia.

‘I’m always open for businesses right across the country to relocate to New South Wales and create jobs here in our state, particularly when you look at the aerotroplis in western Sydney.

‘It provides a significant opportunity for Virgin and other airlines to relocate to our state.’

The Queensland government has called on Prime Minister Scott Morrison to bail out Virgin to keep it alive so 5,000 jobs can be kept in Queensland.