An Australian man who has spent more than a decade behind bars in Bulgaria over a deadly street brawl is one step closer to freedom.

Jock Palfreeman, 32, has been jailed in the eastern European country’s capital, Sofia, since December 2007.

The former student at Sydney’s elite King’s School and St Ignatius’ Riverview College was convicted of the murder of law student Andrei Monov, 20.

Palfreeman was sentenced to 20 years jail in 2009, but on Thursday a panel of three judges at the Sofia Appellate Court granted him parole.

During his trial, Palfreeman’s lawyers had stepped in to try and help a gypsy being hounded by drunk youths.

But prosecutors alleged he had set upon them unprovoked.

Jock Palfreeman (pictured), 32, has been in jail in the Bulgarian capital of Sofia since December 2007 after he was charged with the murder of law student Andrei Monov, 20, in a street brawl. He was granted parole on Thursday

Mr Palfreeman’s father Simon said the family are waiting for the parole conditions to be finalised before getting their hopes up.

‘We’re hoping to be reunited with him as soon as possible,’ he said.

The former King’s school student has been an activist behind bars, campaigning for prisoner rights.

He went on a 33-day hunger strike in April this year to protest the unfair treatment he claimed he suffered for his role in the Bulgarian Prisoners’ Rehabilitation Association, the country’s first prisoner advocacy union, which he co-founded. He ended his strike after he was given permission to receive a visit from his 86-year-old grandfather and give media interviews.

In an extensive video interview in 2015, he had grown a bushy beard and had even developed an Eastern European accent.

‘Whilst I’m here, I should use my time to try and improve the conditions and the rights of people in the prison.

‘We are trying to reform the prison system.’ 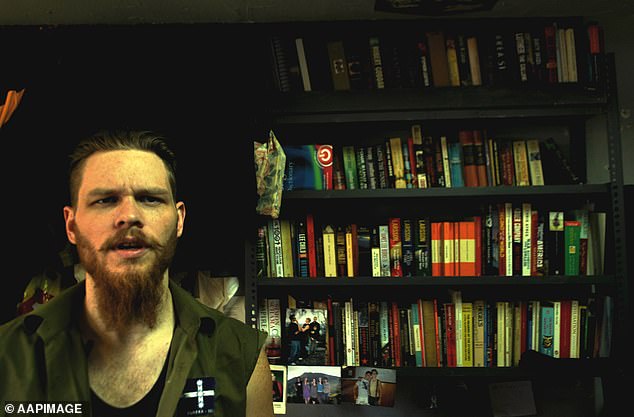 The former King’s school student (pictured) has been an activist behind bars, campaigning for prisoner rights

Mr Angelov said the hunger strike had been in response to Bulgarian authorities cracking down on the Australian for exposing corruption in the country’s prison system and the abuse of inmates.

During his time behind bars he has received support from a number of high-profile names, including American actor Richard Gere, film maker Rachel Ward, who visited him twice in prison and Geoffrey Robertson QC.

According to his lawyer, the Australian had been a model inmate with a completely clean record, until a new national government was elected in May 2017. 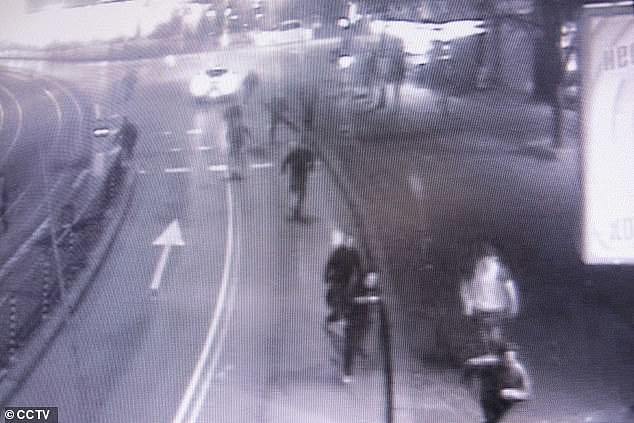 The prosecution claimed the Australian killed Mr Monov and attempted to kill Antoan Zahariev for no apparent reason. But Mr Palfreeman argued he was running to the aid of a Gypsy who was being attacked by drunk locals (pictured: CCTV footage of night of stabbing)

The incoming administration then allegedly began to systematically wind back his privileges.

Mr Angelov said his client had been sacked from his prison job, banned from receiving visitors and denied access to phone cards to contact the outside world.

At one point, his lawyer claimed, Mr Palfreeman was also moved from a low-security facility to the Sofia Prison hospital’s infectious disease unit, where he was kept with tuberculosis patients in an attempt at ‘deliberate infection’. 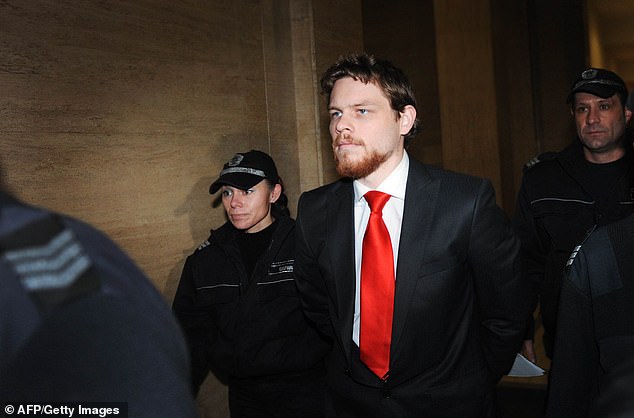 The Sydney man was sentenced to 20 years jail in 2009. Since then, Mr Palfreeman has gained the support of high-profile human rights barrister Geoffrey Robertson QC and film maker Rachel Ward (pictured: Mr palfreeman being escorted to his trial)