Gina Andrews was taken to Gloucestershire Royal Hospital for further assessment following a crunching fall from Haafapiece in the Catesby Handicap Hurdle at Cheltenham.

Pam Sly’s seven-year-old still held every chance and was just about in front when coming down at the final flight.

The amateur jockey’s sister, Bridget, confirmed that she was ‘moving and talking’ while on her way to hospital on Friday. 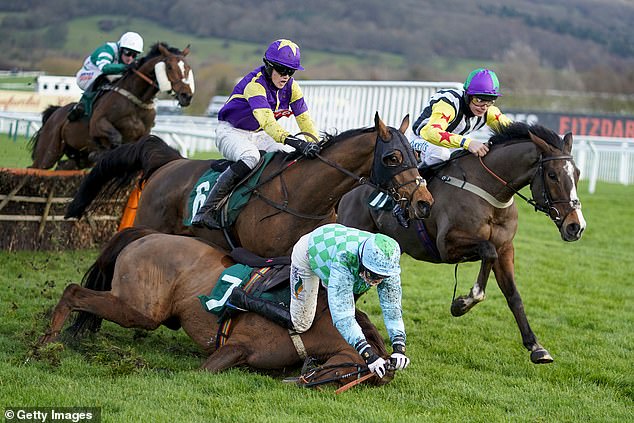 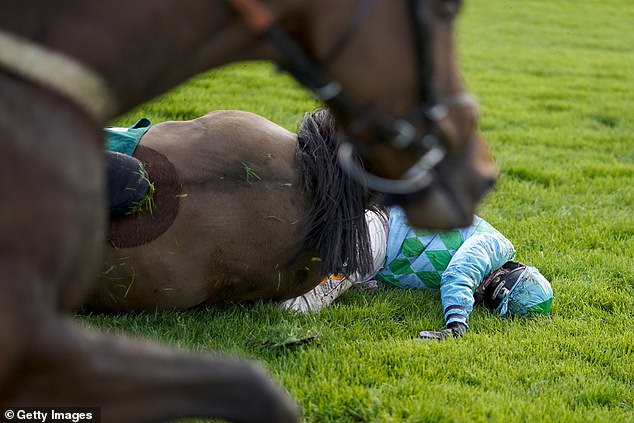 The jockey lays on the ground by her horse, Haafapiece, after falling at the final hurdle

Andrews was leading in the 2m 1f race over hurdles before Haafapiece’s legs went from underneath it after the last, while almost bringing other riders down with it.

Andrews was then caught in the face by a hoof from Fergus Gillard, who did well to stay up during the incident.

Haafapiece, who is owned by Tilly Coles, walked away from his fall.

A statement from the racecourse read: ‘Following a fall in the Catebsy Handicap Hurdle on board Haafapiece, jockey Gina Andrews was immediately attended to by the on-course medical team. 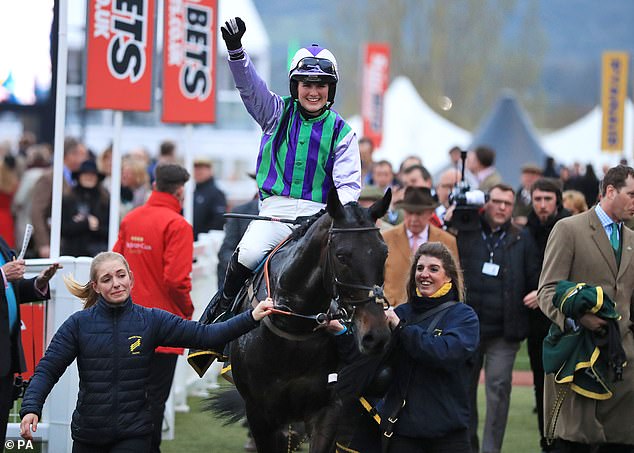 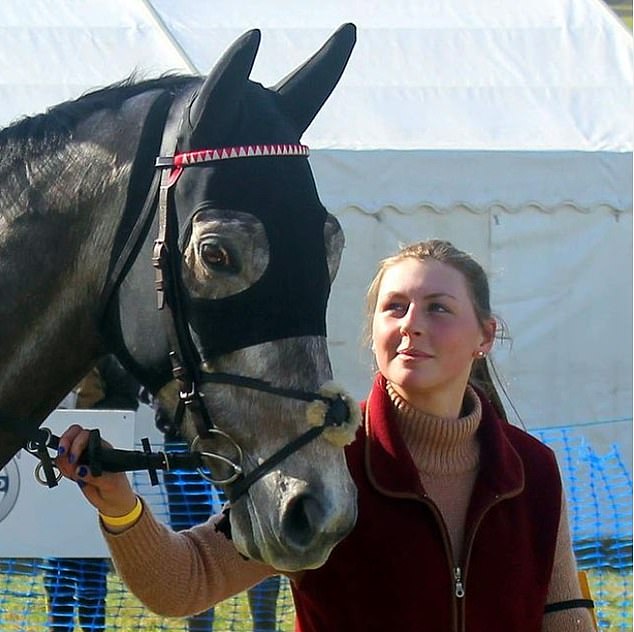 ‘She is conscious and has now been transported to Gloucestershire Royal Hospital. Further information will be provided by the hospital or parties nominated on her behalf.

‘The racecourse team would like to express our best wishes to Gina and our thoughts are with her and her family.’

‘Fingers crossed and best wishes to her.’

Commentator Richard Hoiles said: ‘She is conscious, hopefully all is well. 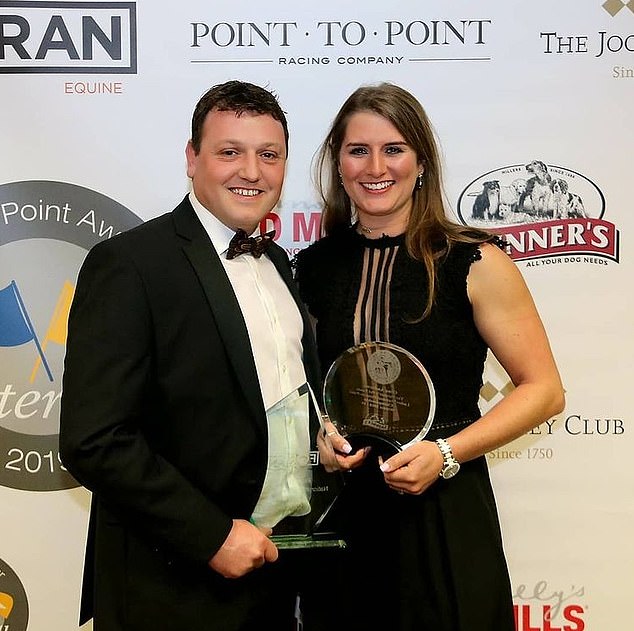 ‘These days the medical attention is excellent and there are lots of precautions so you shouldn’t read too much into the fact she was stretchered off.

‘They just wanted to stabilise her and hopefully when she gets to hospital all the news will be good.

‘Fingers crossed. It was a really, really nasty fall.’