Joe Biden has continued to contradict his story regarding his role in the 2011 mission to kill Osama bin Laden, claiming he had suggested doing ‘one more pass’ over the compound, before telling Obama to ‘trust his instincts’.

The president-elect recalled the administration’s discussion on whether or not to take action during Operation Neptune Spear, in CNN’s new documentary, ‘President in Waiting,’ that aired Saturday night.

‘When it came time to go or not go, the president went around the room. I think there were 17 people around the table … and [he] said, ‘what do you think we should do?” Biden said in the film.

Joe Biden backtracked on what advice he had given Obama during the 2011 mission to kill Osama bin Laden in Pakistan, in CNN’s new documentary, ‘President in Waiting’ that aired on Saturday 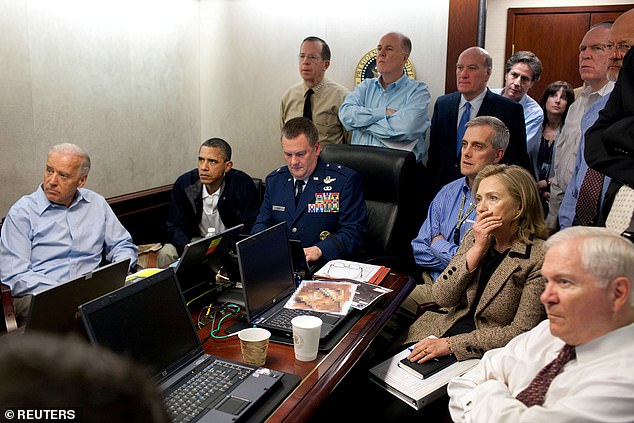 Biden watches with other Obama administration officials during the SEAL Team 6 mission to kill bin Laden in 2011. He originally said he had told Obama not to go forward with the raid

‘Two said go, and one said don’t go, and I’m the last person in the room. And again, this is a place where I gotta reserve space for the president.’

Biden noted ‘there was one option remaining’, which was making one more flyover Bin Laden’s compound in Abbottabad, Pakistan to ensure they had the right target.

‘I said, “Mr President, I think you should wait, and do one more pass” – knowing that if you made a lower pass, they might observe it and he’d flee,’ Biden said.

‘But then I walked out as I always did after every meeting with the Security Council, and I walked up to the office with [Obama] and we’d have a private discussion. And I said to him, ‘Mr President, follow your instincts on this one.”

Biden explained he had ‘reserved space’ for Obama, who had ‘risked his entire presidency’ by pushing forward with the mission.

‘Had this decision been wrong, had he not been there or had it failed, I doubt the 17 people around that table would’ve said “I told him he should go”,’ he added. 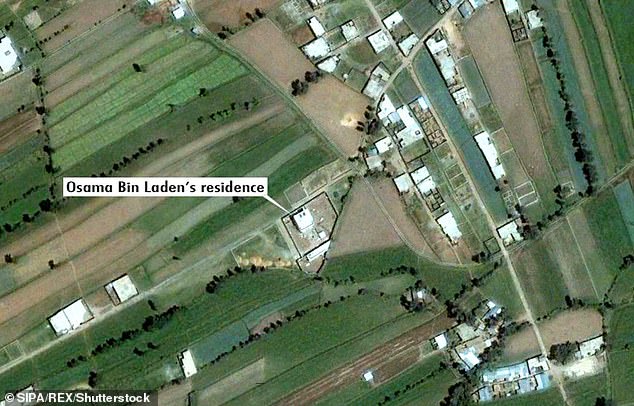 Biden claimed he told the president ‘to wait’, suggesting they complete one more pass over bin Laden’s compound to ensure they have the right target 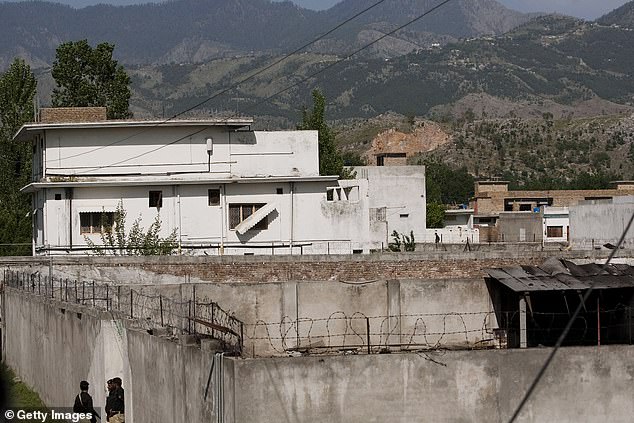 Bin Laden was killed in his Abbottabad compound during a raid by U.S. special forces, May 3, 2011

Biden’s version of events in the documentary however, contradict his initial account from eight years ago, when he said he had advised Obama not to go forward with the raid. 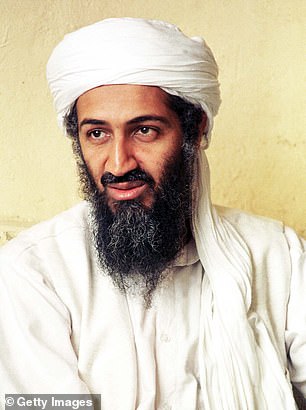 During a Democratic congressional retreat in Maryland in 2012, Biden said he had told Obama: ‘My suggestion is, don’t go. We have to do two more things to see if he’s there.’

President Obama himself also said Biden had ‘weighed in against the raid,’ in his memoir, A Promised Land, released last month.

Biden however told a different story during an Iowa campaign event in January this year, when he was challenged by Fox News reporter Peter Doocy.

‘As commander in chief, if you were ever handed a piece of intelligence that said you could stop an imminent attack on Americans — but you have to use an airstrike to take out a terrorist leader — would you pull the trigger?’ Doocy asked Biden.

‘Well we did – the guy’s name was Osama bin Laden,’ he replied.

‘Didn’t you tell President Obama not to go after bin Laden that day?’ Doocy asked.

At the time of the interview, Democrats had been lambasting President Donald Trump’s decision to kill Iran’s top general Qassem Soleimani in an airstrike, a move that threatened to provoke all-out war.

Biden said in a statement at the time that Trump ‘tossed a stick of dynamite into a tinderbox.’

‘The Administration’s statement says that its goal is to deter future attacks by Iran, but this action almost certainly will have the opposite effect,’ he said. 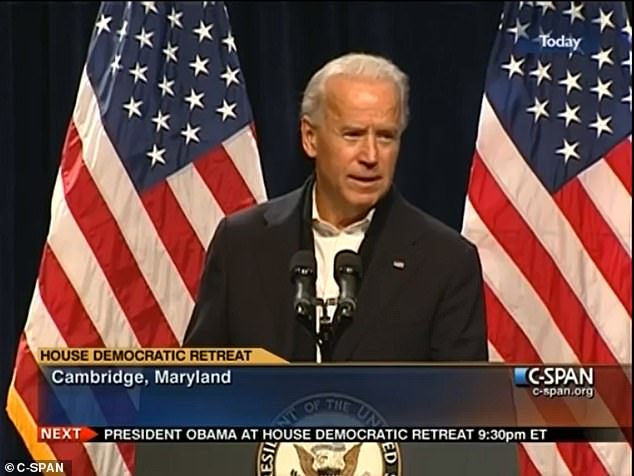 During a Democratic congressional retreat in Maryland in 2012 (pictured) Biden said he had told Obama: ‘My suggestion is, don’t go. We have to do two more things to see if he’s there.’ 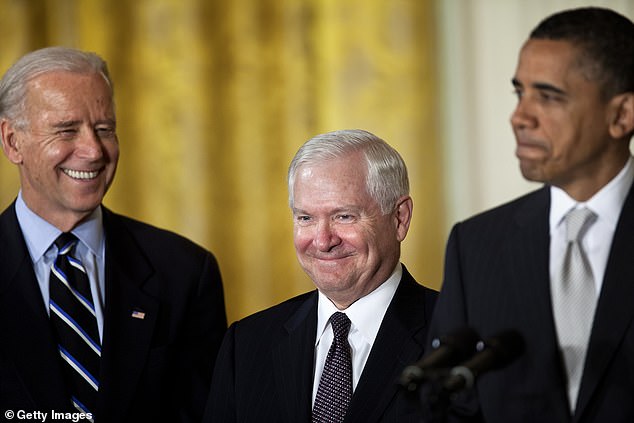 Robert Gates (center) who served as defense secretary under former Presidents Obama and George W. Bush, previously said Biden had been ‘wrong on nearly every foreign policy and national security issue for the past four decades’

However, Biden’s positions on foreign policy during his time as vice president have also been criticized by members of the Obama administration, particularly Robert Gates.

Gates, who served as defense secretary under former Presidents Obama and George W. Bush, in 2019 said that he didn’t know if Biden would make an effective president due to his policies.

‘He and I agreed on some key issues in the Obama administration, we disagreed significantly on Afghanistan and some other issues,’ Gates told CBS News.

‘I think that the vice president had some issues with the military.’

Gates said he stood by what he wrote in his 2014 memoir, that Biden was ‘impossible not to like.’

‘He’s a man of integrity, incapable of hiding what he really thinks, and one of those rare people you know you can turn to for help in a personal crisis.

‘Still, I think he’s been wrong on nearly every foreign policy and national security issue for the past four decades,’ he added.