Presumptive Democratic nominee Joe Biden is finally attempting to speak the same language as President Trump, and has come up with a nickname for the incumbent.

‘Trump is out there tweeting again this morning. I call him President Tweety!’ Biden said in a video message posted online on Monday.

The nickname appears to have come after Biden had a sudden change of heart over how to deal with his opponent.

Joe Biden has come up with a nickname for President Trump – President Tweety. Biden says he came up with the moniker after seeing how much the president tweets

Last week, he said that he was ‘really resisting’ giving the president a moniker but it appears Biden, who is known to Trump as ‘Sleepy Joe’, in an attempt to question whether he is fit for office, had finally reached his limit.

In an interview which appeared in Vanity Fair, Biden noted that Trump’s use of nicknames was skillful.

‘Trump is a master at laying nicknames on people. I can hardly wait to get onto the stage with Donald Trump,’ he said before adding: ‘I’m really resisting giving a nickname to’ the president.’

The nickname of ‘President Tweety’ might be seen as apt by some who refer to Trump as ‘The Twitter President’. 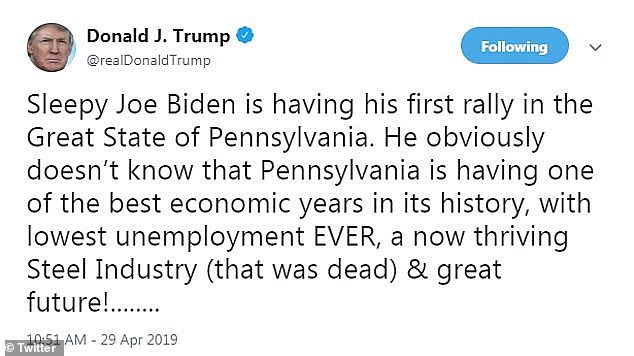 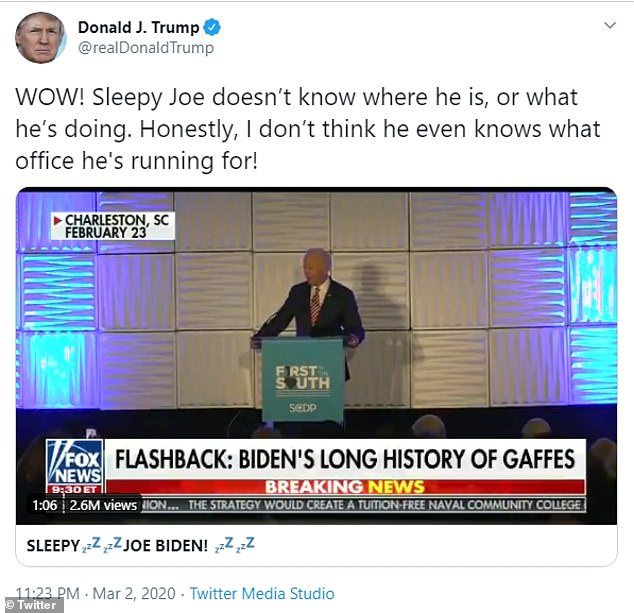 Trump has turned Twitter into a means of presidential communication as vital as a statement from the White House press secretary or an Oval Office address.

A study by the New York Times found that during Trumps first three years in office, he used Twitter to deliver more than 11,000 tweets.

In January of this year, the President set a new all-time daily Twitter of 142 tweets and retweets.

In Biden’s video message on Monday, the former vice-president argued that Trump had been acting far too slow when it came to getting federal relief aid out to workers and businesses were being hurt by the drastic and sudden shutdown to the economy due to the coronavirus pandemic.

‘How are we supposed to do that if you’re sitting on the money small businesses need in order to stay alive? Stop tweeting about it. Get the money out to Main Street now. It’s there. It’s been passed,’ Biden said as he addressed the Asian American and Pacific Islander (AAPI) Victory Fund’s progressive summit. 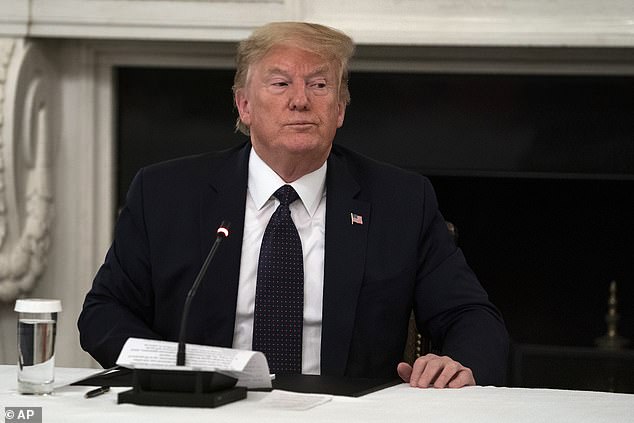 President Trump’s all time record for daily tweets is 142, set in January this year