Joe Biden is ’90 per cent there’ in announcing his candidacy for president, friend says

Joe Biden is ’90 per cent there’ in announcing his candidacy for president, friend says as former VP promises decision ‘in the near term’

Joe Biden is ‘90 per cent there’ in finally making a decision about running for president, a friend of the former vice president says.

‘It was clear that this was different than 2015,’ Wolf told ABC News.

‘This was someone who seemed ready to run and trying to figure out when best to announce.

‘He feels he’s coming off an incredible midterm and he’s sitting in the best position to take on [President Donald] Trump across the country.’

In 2015, Biden was seriously contemplating running for president, but eventually decided against it.

The decision was made as the Biden family was mourning the death of his son, Beau, who succumbed to brain cancer months earlier.

Former Secretary of State Hillary Clinton eventually won the Democratic nomination, but she lost in shocking fashion to Trump in the general election. 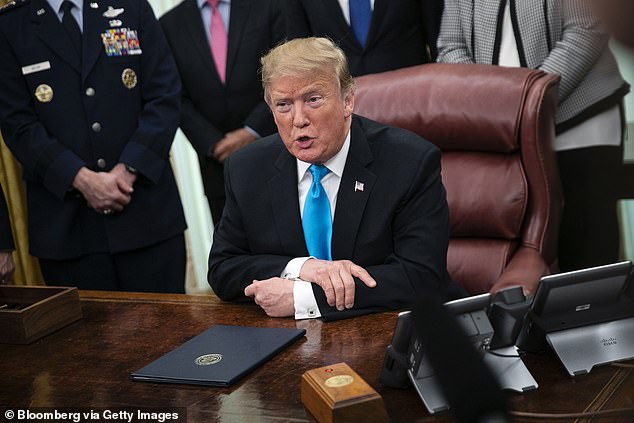 Biden ‘is sitting in the best position to take on [President Donald] Trump (seen above at the White House on Tuesday) across the country,’ Wolf told ABC News

Associates who have spoken with Biden in recent days have come away with the impression that he will run.

According to her office, Feinstein left the meeting with the impression that Biden would enter the race.

Biden was asked about his plans during an appearance Saturday at the Munich Security Conference.

‘I haven’t reached a decision,’ he said.

‘I am in that process of doing that, and I will in the near term let everyone know what that decision is.’

Earlier on Tuesday, Senator Bernie Sanders, the Vermont progressive whose 2016 White House campaign garnered fervent grassroots support and pushed the Democratic Party sharply to the left, said he would again seek the party’s presidential nomination in 2020. 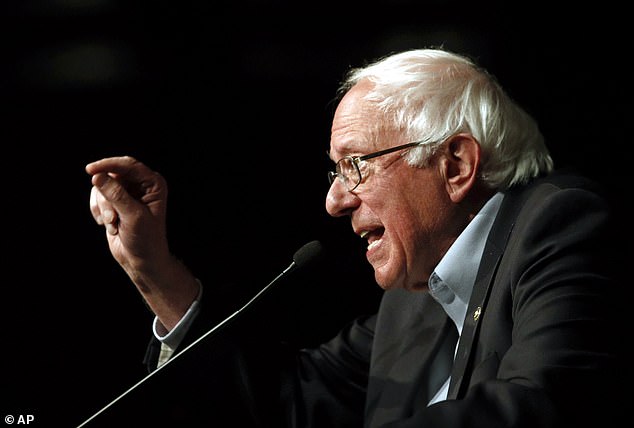 Earlier on Tuesday, Senator Bernie Sanders said he would again seek the party’s presidential nomination in 2020

He joins an already-crowded Democratic race featuring candidates touting many of the ideas he brought into the party mainstream.

Sanders has been among the leaders in early opinion polls of prospective 2020 Democratic candidates, but a broad range of progressive candidates could make it harder for him to stand out and generate the same level of support as four years ago.