Joe Biden is ‘honored and humbled’ to become the 46th president

BREAKING NEWS: Joe Biden promises to heal and end division as he says he is ‘honored and humbled’ to become the 46th president – with victory celebration tonight in Wilmington where he addresses the nation

President-elect Joe Biden released his first statement with that distinction less than 30 minutes after the major networks called the race in his favor – and will give the victory speech he’s been waiting for days to delivery Saturday night in Wilmington.

‘I am honored and humbled by the trust the American people have placed in me and in Vice President-elect Harris,’ he said.

‘With the campaign over, it’s time to put the anger and the harsh rhetoric behind us and come together as a nation,’ he said. ‘It’s time for America to unite. And to heal.’

‘We are the United States of America. And there’s nothing we can’t do, if we do it together,’ Biden said.

President-elect Joe Biden sent out his statement with that distinction and is expected to hold a victory celebration Saturday night in Wilmington, Delaware 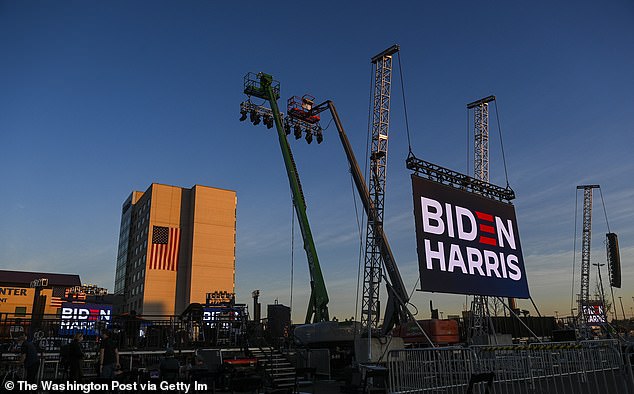 Biden will address supporters and the nation outside the Chase Center in Wilmington, Delaware. It’s where he concluded the Democratic National Convention in August with fireworks 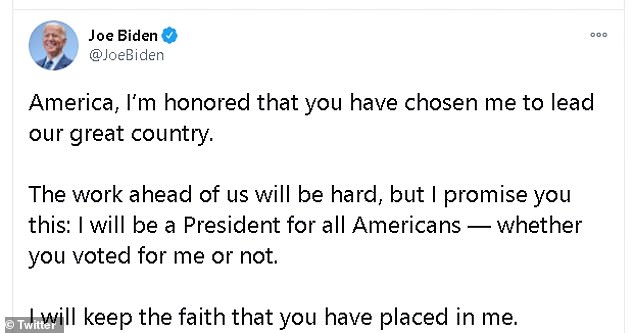 Joe Biden tweeted that he was honored to be elected president of the United States. ‘I will be a President for All Americans – whether you voted for me or not,’ he said 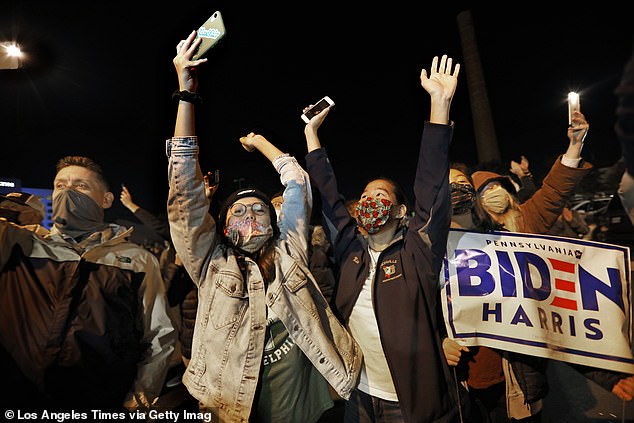 A number of supporters had gathered outside the Chase Center Friday night, thinking the election result would come then. Now Biden is expected to address supporters and the nation at that Wilmington location Saturday night 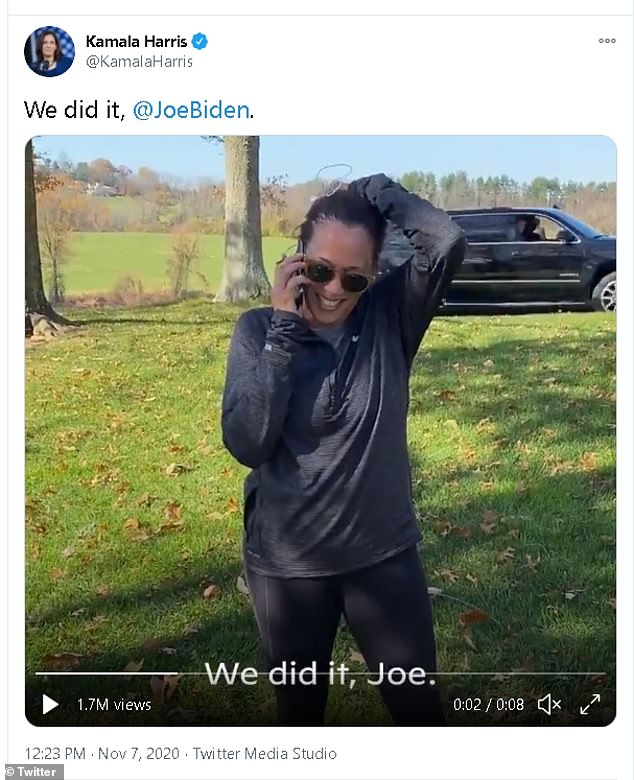 Vice President-elect Kamala Harris tweeted video of her on the phone with Biden minutes after the race was called in the Democrats’ favor. ‘We did it, Joe,’ she said

In a tweet, Biden expressed the same sentiment, ‘The work ahead of us will be hard, but I promise you this: I will be a President for all Americans – whether you voted for me or not.’

He applauded that despite ‘unprecedented obstacles’ – mainly the coronavirus pandemic – ‘a record number of Americans voted.’

‘Proving once again, that democracy beats deep in the heart of America,’ the president-elect said.

Biden was set to celebrate his victory Friday night outside the Chase Center in Wilminton, Delaware – the same location where he marked the conclusion of the Democratic National Convention – but the networks had yet to call the race in his favor.

That plan is expected to go forward Saturday night – though the campaign has yet to release official details.

The event will be drive-in style, allowing supporters to participate in a socially distanced way.

In Wilmington minutes after the announcement was made that Biden had clinched the White House, cars could be heard honking in celebration.

Harris was out on a run when the race was called. She tweeted a video of her call to Biden in running clothes. ‘We did it, we did it Joe,’ she said. ‘You’re going to be the next president of the United States.’

Biden’s campaign manaer, Jen O’Malley Dillon was spotted by reporters in the lobby of the Westin, adjacent to Biden’s Wilmington headquarters, in a white BIDEN t-shirt.

‘Ecstatic – a great day for this country,’ she said.

The president-elect’s sister Valerie Biden Owens, who’s long been his political adviser, told the press, ‘It’s wonderful. It’s a wonderful thing for us but it’s a better thing for America.’