Not again, Joe! Former Vice President Biden slips-up during campaign stop in New Hampshire saying: ‘I love this place, what’s not to love about Vermont!’

The 2020 president hopeful gave a rally speech in Keene, New Hampshire on Saturday and despite the uproarious applause, the name of the state seemed to slip his mind.

Following the rally, Biden spoke with reporters and said: ‘I love this place. Look, what’s not to like about Vermont in terms of the beauty of it?’

‘And what a neat town, this is like a scenic, beautiful town. The mayor’s been a good guy, everybody has been really friendly. I like Keene a lot,’ Biden added.

Keene is located in southwestern New Hampshire, not far from the state’s border with Vermont. 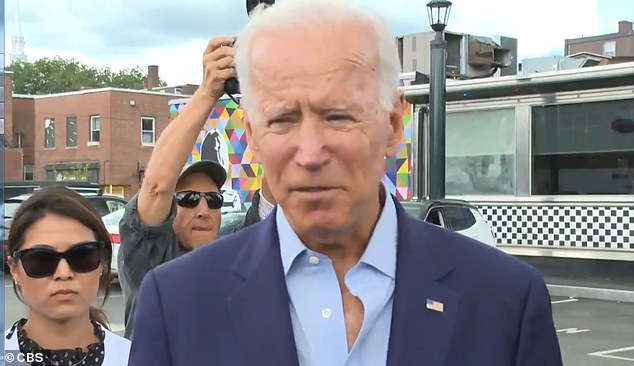 Talking with reporters afterwards he said ‘I love this place. Look what’s not to like about Vermont in terms of the beauty of it?’

Biden talks w/press in Keene, NH: “I love this place. Look, what’s not to like about Vermont in terms of the beauty of it? And what a neat town…everybody has been really friendly. I like Keene a lot.” pic.twitter.com/0hKsgiDfwM

Despite the gaffe, Biden is leading the polls in the Democratic race for the presidency.

In New Hampshire however, he’s been overshadowed by Senator Bernie Sanders who led the Democratic presidential field with 21 percent, according to a Tuesday poll. Biden followed behind with 15 percent and senator Elizabeth Warren with 12 percent.

Biden has been criticized in his presidential campaign for a series of mistakes in his speeches.

Last month Biden faced fire when he told supporters that ‘poor kids’ are ‘just as talented as white kids’ before he took a step back and corrected himself saying ‘wealthy kids’ during a campaign stop in Iowa. 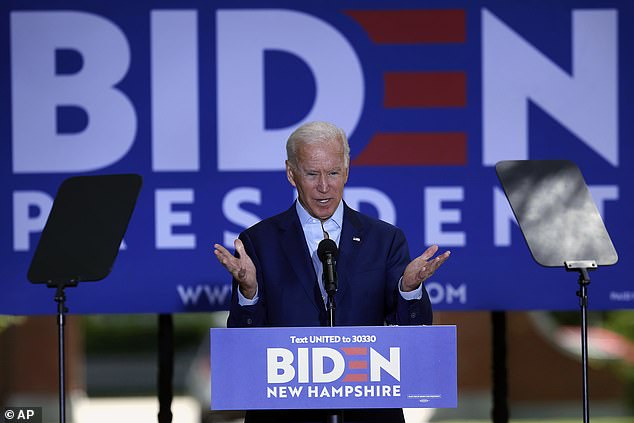 Biden is leading the polls in the Democratic race for the presidency but has been overtaken by Sen. Bernie Sanders in the state of New Hampshire. Biden pictured speaking Saturday at Keene State College Saturday 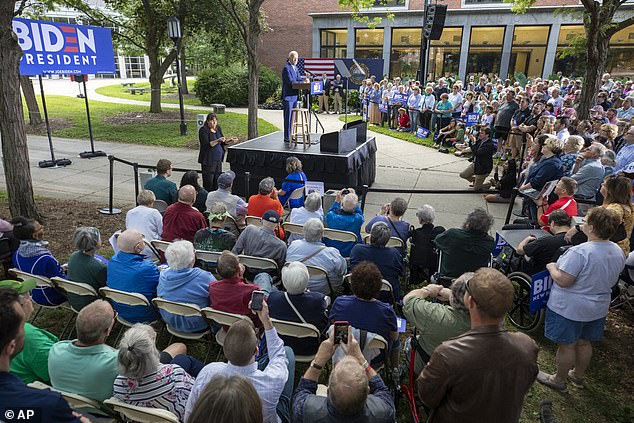 Biden made the slip-up after speaking at Keene State College. Keene is located not far from the state’s border with Vermont

President Donald Trump led the outrage following his mistake, saying ‘Joe is not playing with a full deck. He made that comment, I said, “woah”.’

‘This is not somebody you can have as your president, but if he got the nomination I’d be thrilled,’ Trump said.

Biden’s campaign issued a statement following the slip-up saying he ‘misspoke and immediately corrected himself during a refrain he often uses to make the point that all children deserve a fair shot.’

His Saturday gaffe was met with backlash online, many slamming the former Vice President as ‘Sleepy Joe’, a nickname favorited by Trump.

‘Come on (sic) people! Enough. He is old tired and this is getting stupid. Pretty soon we can make a Joe Biden gaffe calendar,’ one angry Twitter user said.

Backlash: His gaffe was met with backlash on Twitter, many referring to the former Vice President as ‘Sleepy Joe’ 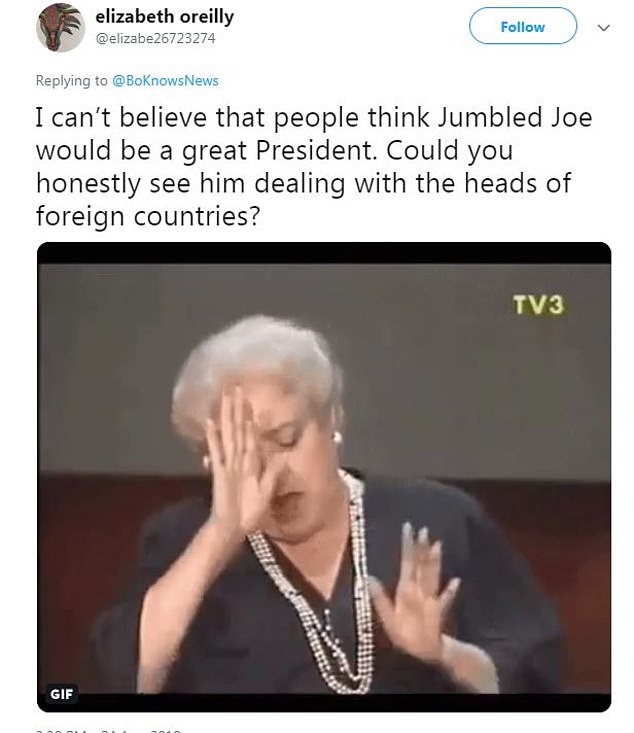 Still, some defended Biden such as this Twitter user who said ‘even rockstars forget the city they’re in’