The woman who was sexually assaulted while unconscious by Stanford swimmer Brock Turner claimed Joe Biden sent her a letter praising her bravery.

Chanel Miller, who was previously referred to as Emily Doe, revealed her identity earlier this month after she was sexually assaulted by Turner when she was 22 years old after a Stanford frat party in January 2015.

Turner was found guilty of three felonies for sexually assaulting Miller in March 2016  and served only three months in county jail.

Miller released a memoir called Know My Name, which was published on Tuesday, and in it she details the attack, the court case and her recovery. 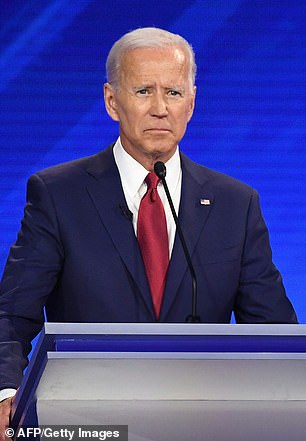 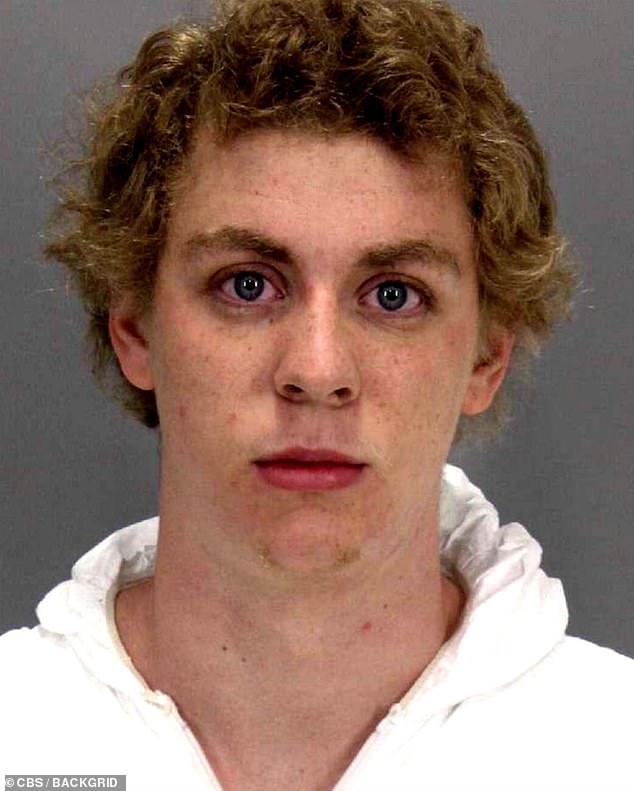 Brock Turner, (pictured), was found guilty of three felonies for sexually assaulting Miller in March 2016 and served only three months in county jail

While she was still anonymous, Miller’s powerful 12-page victim impact statement went viral and had been read by in its entirety in Congress and on CNN.

It commanded the attention of the then Vice President Joe Biden, who was so moved by Miller’s words that he wrote to her.

She said that in his letter, he wrote : “I see you.” Miller then asked in her memoir: ‘What did it mean that the vice president of the United States of America had stopped every important thing he was doing to write, “I see you?.”‘

Referring to other victims, she said he continued: ‘You have given them the strength they need to fight. And so, I believe, you will save lives.’

Miller recounted how she heard about what happened to her on the night of the assault through an article that popped up on her news feed online, according to Yahoo News.

She also thanked the two men who stopped the assault, Swedish graduate students Carl-Fredrik Arndt and Peter Jonsson, and described her fear over how the incident would affect her career.

She claimed she tried to protect has family and boyfriend after the attack and recalled what he family must have felt as they helped her recover.

‘Every time it rained, my dad said, ‘The plants must be so happy!’ How would it feel when he’d learn his daughter had been raped?’ she wrote.

‘I would’ve wanted someone to have looked me in the eye, lowered their voice, gently laid their hand on mine. Perhaps I could do this for them.

She claimed that she collapsed into her mother’s arms the morning after she told them what occurred.

‘In the hushed hours of morning while I’d been sleeping, my dad had picked lemons from the backyard, boiled sugar and eggs over the stove, pressed fingertips into crust along the edge, sprinkled powdered sugar on top,’ Miller wrote.

Turner was only given a six month prison sentence in 2016 and spent just three months behind bars after being found guilty of sexually assaulting Miller outside an on-campus Kappa Alpha fraternity party in January 2015. 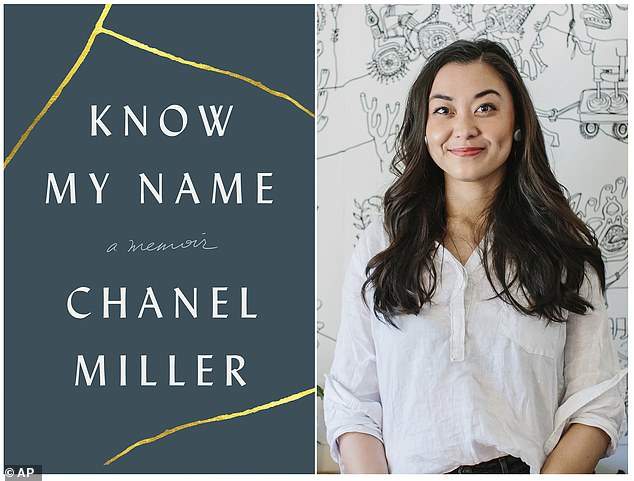 Miller released a memoir called Know My Name, which was published on Tuesday, and in it she details the attack, the court case and her recovery 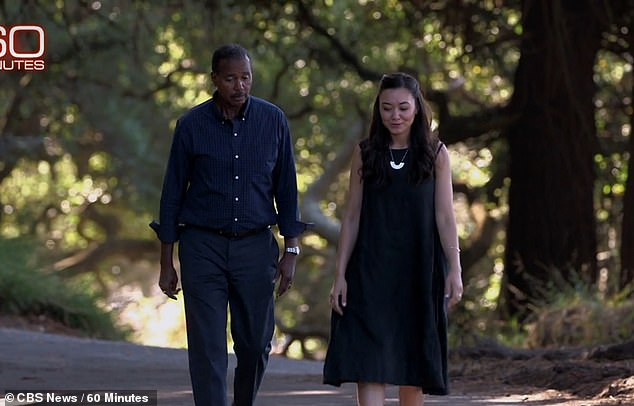 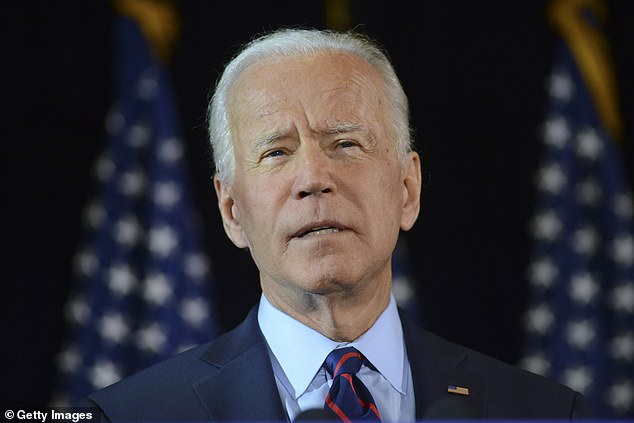 Miller’s victim impact statement commanded the attention of the then Vice President Joe Biden, who was so moved by Miller’s words that he wrote to her

The then-20-year-old had met Miller at the party before they left and she passed out near a dumpster. Turner sent a gloating picture of her breasts to his friends.

Turner was arrested after two graduate students from Sweden yelled at him as he lay atop the motionless victim, whose dress was hiked above her waist with her underwear lying nearby.

They tackled him when he tried to run and held him down until police arrived.

She revealed that police were vague when they first explained what happened, writing that she was told: ‘There is reason to believe you have been sexually assaulted.’

‘There was subtext that something grave had happened,’ she wrote. 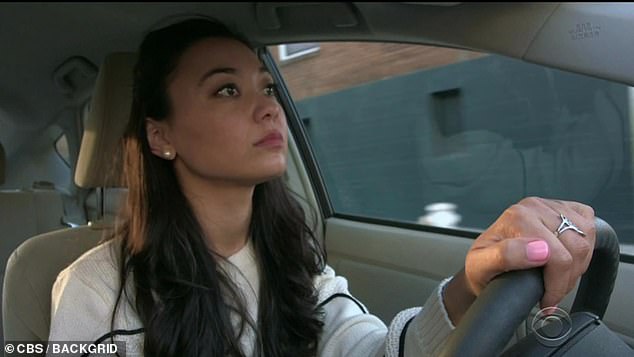 Miller recounted how she heard about what happened to her on the night of the assault through an article that popped up on her news feed online, according to Yahoo News

‘I feel embarrassed on an airplane when I wake up and realize I’ve been sleeping with my mouth open,’  she wrote of her distress that 16 men saw her part- naked that night.

‘The whole time I was lying there, left nipple out, ass bare, stomach skin folded, while polished shoes stepped on mulch around me,’ Miller wrote.

She claimed that spent years suffering PTSD and was depressed, anxious and cried. She was unemployed and unable to sleep, afraid that being unconscious again would make her vulnerable to attack.

She said she recovered with the help of her family and people who wrote to her including survivors of sexual assault who shared their stories.

‘I survived because I remained soft, because I listened, because I wrote,’ she said. ‘Because I huddled close to my truth, protected it like a tiny flame in a terrible storm.’

‘Many wrote to me saying they had been in my position before, wanted to show me who survivors become, told me about their careers, their kids, caring partners,’ she said.

‘This is what your life can look like in ten, twenty years. They gave me one thousand futures to grow into.’ 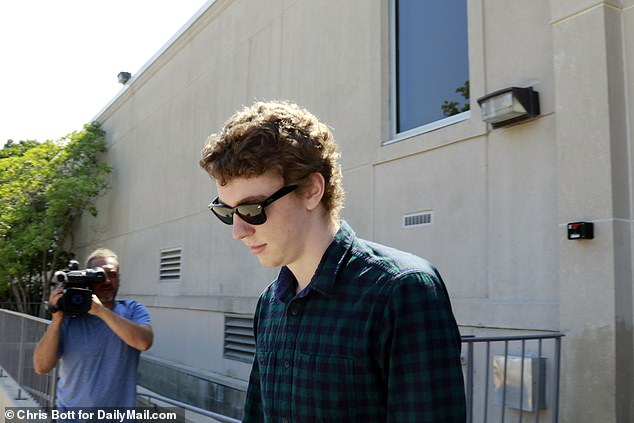 Turner, who now lives outside Dayton, Ohio, with his parents, is required to register as a sex offender for life. He is pictured here leaving Warren County offices

During his trial, Turner admitted to having sexual contact with the victim but claimed that it was consensual

Miller started writing her memoir in 2017 as a way to try and piece together what happened the night she was assaulted, according to the New York Times.

She obtained the court documents and witness transcripts from the trail that she previously hadn’t been able to read.

During his trial, Turner admitted to having sexual contact with the victim but claimed that it was consensual.

Judge Aaron Persky rejected a prosecutor’s demand for a lengthy prison term and he faced widespread backlash for being too lenient in his sentencing.

He became the first California judge recalled from the bench in 86 years as a result of the case.

The case launched a national conversation about campus sexual assault, college drinking and inequitable treatment in the criminal justice system.

Letters to a judge from Turner’s family and friends drew outrage from critics who said they are shifting blame.

The letters of mitigation were released after the trial and many said Turner’s family showed a lack of sympathy towards the victim.